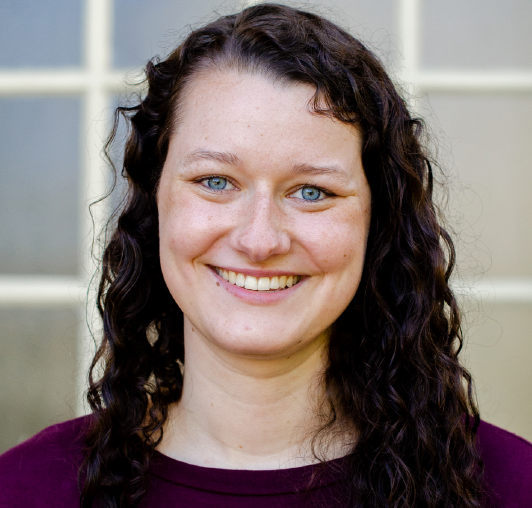 Many students are intimidated by math and therefore give up long before they reach higher-level courses. Sarah Ruth Nicholls is one of the students who did not give up.

As a double major in math and computer science, Nicholls devoted a great deal of her time at Wake Forest to disciplines in science, technology, engineering and math (STEM). She will tell you, however, that there is no such thing as a ‘math person’.

“Just because you don’t get math the first time doesn’t mean you don’t belong here.” Nicholls said. “I learned that in high school, and it’s stuck with me ever since.”

Nicholls said that she was drawn to math in high school, and her passion for the subject only flourished once she got to Wake Forest.

“I like how, in the beginning of a math problem, there is a very clear right and wrong,” Nicholls said. “That kind of logical thinking is something I am drawn to.”

Within the math department, Nicholls also felt herself drawn to one professor in particular: Dr. Jason Parsley. While working with him in his knot theory lab, the two cultivated a close relationship.

“Sarah Ruth Nicholls has enthusiastically dived into undergraduate research in topology, studying petal knots (knots shaped like a flower) with me.” Parsley said. “She is highly charismatic and intelligent, and she has been a leader in mathematical outreach — through groups like our AWM (Association for Women in Mathematics), she strives to make mathematics more inclusive.”

As the founder and president of AWM, Nicholls is passionate about making mathematics both accessible and fun for female students.

“We have weekly meetings, informal research talks, social events and trivia nights.” Nicholls said. “I especially loved our discussion with the chair of the math department Dr. Sarah Raynor because she talked about how she struggles with imposter syndrome in her math career. It was so comforting to hear a woman as accomplished as her talk about her own doubts about her capabilities — it’s something we all struggle with.”

“As an instructor, I strongly believe in the philosophy that a rising tide lifts all boats,” Gemmer said. “No student more embodies this ideal than Sarah Ruth. She is exceptionally intelligent and creative, but at the same time, she is humble and supportive of all students around her. She is very generous with her time and works closely with other students so that all can achieve success. This is a rare trait amongst undergraduate students, who often focus on the pursuit of individual accomplishment.”

“Sarah Ruth clearly has the maturity to realize that she is a highly successful studen,t but at the same time wants all of her classmates to not only achieve success but enjoy learning.”

After graduating, Nicholls is planning to pursue a Ph.D. in Mathematics at Rice University. She said that in the future, she hopes to be a professor.

“In the Wake Forest math department, teamwork is really emphasized,” Nicholls said. “I was often put in groups of four or six people that I would work with for an entire semester, and some of those people are now my closest friends. Part of my inspiration for wanting to be a professor comes from my experiences here. I hope I get to talk to people and help them work through problems, like I got to do in my classes at Wake Forest.”

As she looked back on her time at Wake Forest, she recalled advice that helped her persevere in challenging times.

“It’s more important to feel like you worked hard in a class than to do well in that class,” Nicholls said. “Since grading is so objective in math, it’s easy to feel crushed when you don’t earn an A on a test. But, getting a C means that you know 70% of the material. When you think about it, that’s a lot of math!”