The Buffalo massacre shows the danger of Great Replacement Theory, and those who promote it

The Buffalo shooter's manifesto made reference to the "replacement" of the white race in America, a theory promoted by right-wing media outlets 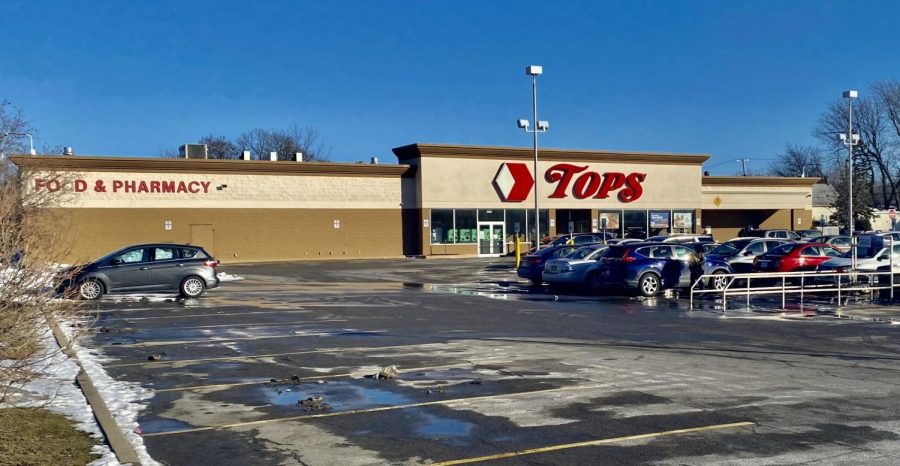 Those who promote the Great Replacement Theory should be held accountable for the violence those ideals incite, writes Selinna Tran.

Critical Race Theory (CRT) is utilized by politicians and people with a platform to spark outrage and debate. Meanwhile, Black people have historically — and continue to be — on the receiving end of exploitation, greed and institutional practices that ensure profit and gain at the expense of Black lives.

Right-wing media and politicians have ostracized and painted a caricature of CRT as an evil tool used by “liberals” and “woke-ified” people to shame white children in classrooms. While CRT is under fire and a point of contention in mainstream politics and media, another theory — a pernicious one — is swept under the rug.

The Great Replacement Theory (GRT) upholds white nationalism by claiming that white Americans are under threat of being displaced and put at risk by other ethnic majorities. Despite its lack of coverage in the media, it motivates and fuels insidious acts of white supremacy that seek to demonize and eradicate anyone that threatens the white population. GRT is upheld and spread by far-right institutions and media, instilling fear and radical thoughts.

While GRT is considered a radical and extreme theory, right-wing media and politicians have constantly utilized and supported the language of the GRT. A prime example of this is the rhetoric of popular political commentator Tucker Carlson, who has propagated racist white supremacist ideologies on “Tucker Carlson Tonight,” using fear-based media to radicalize viewers and drive up ratings.

In April 2021, on an episode of “Tucker Carlson Tonight,” Carlson implied that Democrats were motivated to replace the United State’s white majority with “new people, more obedient voters from the Third World.” This is just one of numerous examples of Carlson’s GRT rhetoric.

Carlson, along with many other politicians, have levied GRT as a means of motivation and political gain — dangerously influencing millions of Americans daily. Payton Gendron is no exception to this, as he took it upon himself to carry out an act that he believed was protecting the white population of the United States — in direct support of GRT.

On May 14, Gendron committed a shooting that took the lives of 10 Black people and injured three others. Gendron’s act was accompanied by an 180-page “manifesto” that contained racist ideologies connected to the GRT.

While federal lawmakers argue and debate the dangers of CRT in classrooms, fearing the rhetoric will cause shame in white children, they allow and enable the racist and extremist teachings and rhetoric of GRT to be used and lauded by the GOP for political gain.

Schools should be equipping students with knowledge and understanding of race, as well as the ability to critically understand and engage with information online. Gendron claims that his motivation and ideology were a result of social media and culture that supports such ideologies. This rhetoric, which is voiced, incarnated and spread by the likes of Carlson and the GOP incites  acts of violence and insurrection that are incredibly harmful as these acts affect communities of color across the United States.

The bloodshed at the hands of 18-year-old Gendron cannot be so easily washed off. It assumes that his actions were solitary, when in reality, the blame falls onto the shoulders of United States right-wing media, the GOP and a culture that cultivates and enables the racist and inimical ideologies.

Robert Pape, a political scientist who studies national and international security affairs, along with his team, studied and examined the demographics of the participants of the Jan. 6 insurrection, and among the research, a key statistic stood out to him.

“The people alleged by authorities to have taken the law into their hands on Jan. 6 typically hail from places where non-White populations are growing fastest,” he wrote.

The fear and feeling of threat is based on the principles and rhetoric of the GRT used by conservative groups — directly affecting and motivating and validating the continued spread of racism in the United States.

Gendron is being sentenced to life in prison without parole along with charges for federal hate crimes, but who will indict and charge the perpetrators and inciters of such acts of violence?