Pending city approval, the names of four trailblazers will grace the university's roads 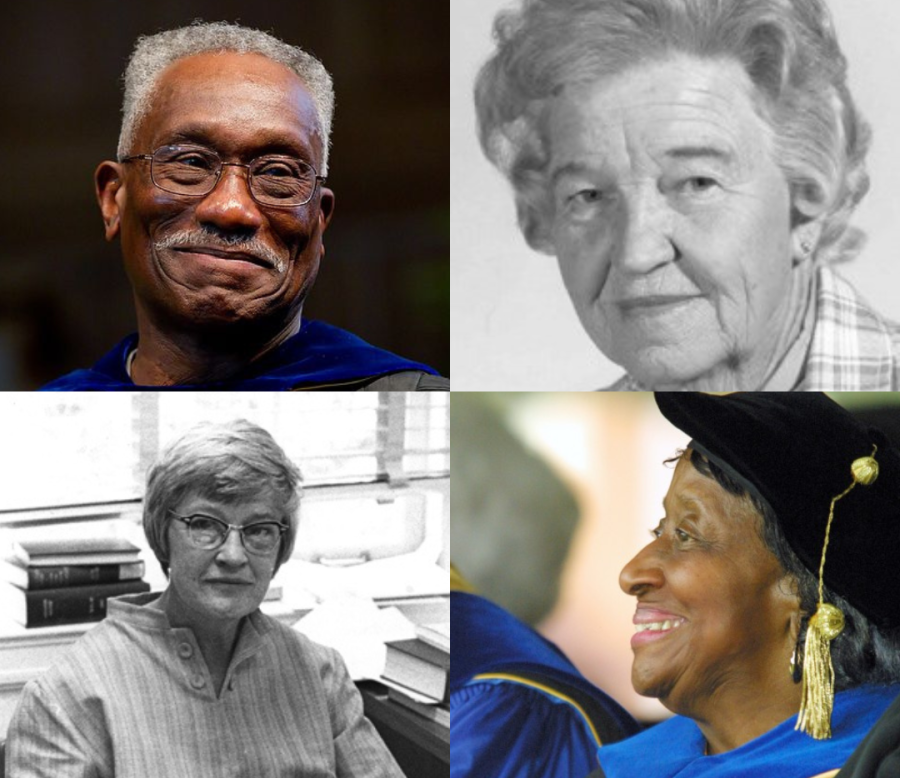 Pending city approval, one stretch of Wingate Road will be renamed McPherson Road after Dr. Dolly McPherson. Another stretch of Wingate Road will be renamed Elizabeth Phillips Way after Dr. Elizabeth Phillips. Also pending city approval, the stretch of road between the Scales Fine Arts Center loop and Reynolda Hall — which would be temporarily nameless after the Davis Field roadway becomes part of Wake Forest Road — will be named Eure Drive after Dr. Herman Eure. Finally, the university sought city approval to name the stretch of road that leads to the Haddock House Crisp Lane after Professor Marjorie Crisp.

“Each person honored has made an indelible mark on the University — and telling their stories expands the narrative of leadership and excellence at Wake Forest,” Wente wrote in her email.

Below is a map of the four roadways. By clicking on the highlighted portions, you can find out more information about each of the honorees.

“I did not have either of them as professors, but their impact on me was strong nonetheless,” Roman Isler said. “I can vividly remember Dr. McPherson leaning with her walking stick outside of Tribble Hall with the widest smile on her face.  I, along with other students, would eagerly greet her in full recognition of what the power of her presence on the faculty here meant for aspiring scholars – particularly those of color.”

Roman Isler continued: “Similarly, I spent a fair bit of time in Winston Hall and had regular opportunities to greet Dr. Eure and be reminded of his brilliance and the spaces he had made and was continuing to make for students like me. Both of these Wake legends carved formidable paths with their scholarship, their teaching, and their service, and Dr. Eure continues to do so.  I am beyond proud that their impact is now being physically carved into the campus landscape as a part of the Wake Forest legacy.”

Phillips is strongly connected to both McPherson and Eure. For one, Phillips hired McPherson after she accompanied Dr. Maya Angelou to a talk at Wake Forest. Additionally, Eure considered Phillips to be his mentor at Wake Forest.

According to Villalba, who chaired the university’s committee on naming, decisions about which name would go on which stretch of road were made intentionally. For example, the road that the university seeks to rename after Eure will begin near Winston Hall, where Eure began his Wake Forest career as a graduate student in biology. The road will end at Reynolda Hall, where Eure worked as an associate dean until his retirement in 2010.

“[The stretch named after Eure] traces Eure’s arc at Wake from a graduate student, to a professor, to a department chair to an associate dean of the college,” Villalba said.

The stretch of road that the university will seek to rename after McPherson will end near Maya Angelou Hall, which is significant because McPherson was instrumental in bringing Angelou to Wake Forest. When Phillips offered Angelou a professorship in 1982, it was McPherson who convinced the poet to accept a position.

“If there is no Dolly McPherson,” Villalba said, “there is no Dr. Maya Angelou [at Wake Forest].”

According to Villalba, the road named after Phillips, which includes the Polo Road Gate, represents her role as someone who expanded access to Wake Forest.

“She was granting access and elevation at a point when few people were,” Villalba said. “I mean, she was talking about Women and Gender Sexuality Studies before it was a field, and at Wake Forest, which was meaningful.”

Finally, the stretch of road named after Crisp leads to the Haddock House, where the women’s golf team she once coached practices. That road will also eventually wrap around to provide access to all of the athletic facilities on campus, much as Crisp provided access to female athletes.

Ultimately, Villalba is proud of the process that was used to decide the names.

“We’ve got a process that in my opinion, stood up,” Villalba said. “It helped us do the research, and it helped us be intentional.”

The naming of a street after Crisp is timely, as the university recently celebrated the 50th anniversary of women’s athletics.

“Marge was the most influential person in the history of women’s athletics at Wake Forest,” Crisp’s longtime friend and successor Dot Casey told Wake Forest Magazine.

According to the email, university officials expect the city to announce its decision in mid-August.