2016 NCAA Tournament will be a wild ride for fans 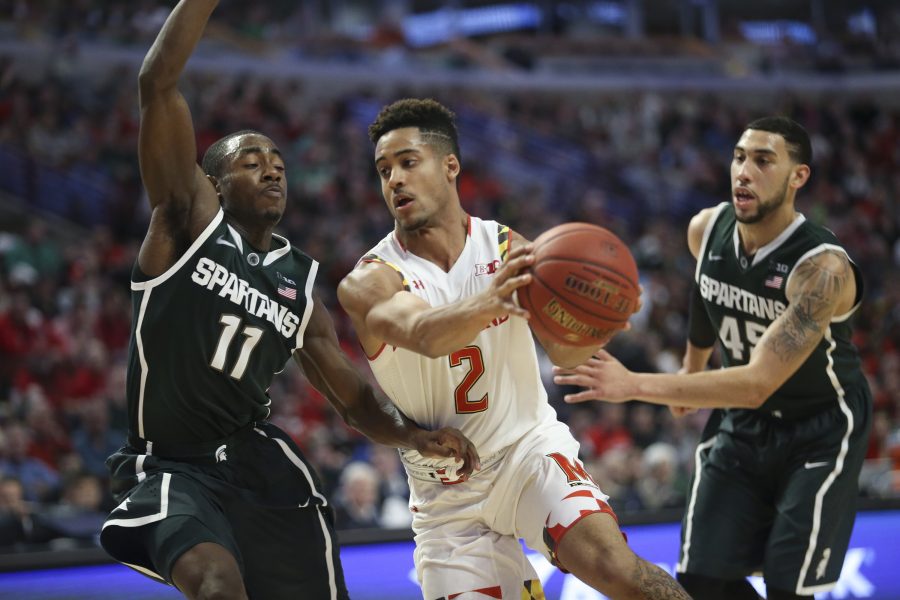 For sports fans, the month of March is one of the greatest times of year as the NCAA Tournament and March madness gets underway.

The first few rounds of the NCAA Tournament are often considered to be some of the most exciting and unpredictable days in all of sports. Each year the madness really begins with the announcement of the 68 teams on CBS, a day often referred to as Selection Sunday.

Every year “bubble teams” — and their fans — wait nervously to hear their fate, while shoo-ins wait to find out who they will be matched up with and what their path to the Final Four will look like. This year, college basketball was filled with as much parody as any season in recent memory and therefore created a pletheroa of uncertainty headed into the bracket revealing.

The Selection Show was a giant debacle; however, as the show stretched on for multiple hours and for the first time ever, a bracket was leaked before CBS had announced all the teams.

After the dust had settled, and the teams had been announced it became clear that the Selction Comittee had made some outrageous errors. Twitter and ESPN pundits were equally perplexed and stunned by teams such as Syracuse, Michigan and Tulsa making the tournament, while teams such as Monmouth and St. Bonaventure were left out. The lead authority on Bracketology, Joe Lunardi, called the decision to include Tulsa in the Tournament the “indefensible by every known standard.”

Now, while some of the teams in the tournament clearly do not belong, they are still going to get the opportunity to play the games. All we as fans can do is try to predict who we think will win so that we can create the perfect bracket. Every year there are upsets, buzzer-beaters and Cinderella stories, that make the Tournament so exciting. With all the parody this year, I expect the tournament will be even crazier than normal.

Looking at the field of 68, I believe that there are 15 teams that have the ability to cut down the nets in Houston on the final day of the season, and I have broken these teams down into favorites, sleepers and cinderelllas.

In my opinion, the teams with the best chance to win the 2016 NCAA Tournament are Kansas, North Carolina, Michigan State, Virginia and Villanova. Each of these teams are playing their best basketball coming into the tournament and each have head coaches with proven track records. Michigan State has one of, if not the best, players in the country in Denzel Valentine, and likely the best March coach in Tom Izzo.

UNC might be the most talented team in the country and Kansas has won 14 consecutive games, but I believe that Michigan State is the most likely team to win this years championship.

With so much parody throughout the season, it is hard to limit the sleepers to only five teams. However, these five are the teams seeded third through ninth that I believe have the best opportunity of making it to the final four. I believe that Miami, Maryland, UConn, Kentucky, and Arizona are lower seeded teams who have the ability to make a deep run in the tournament.

Miami had a great year in the ACC and when they play their best they can beat anyone in the country.

UConn, has a tendency to get hot late in the season and they have already begun to show signs of this as they won their conference championship on Sunday.

Maryland, the preseason number three team in the country is likely the most talented team in the tournament outside of North Carolina.

While the Terps have struggled to put it all together this season if they get hot they can defeat any team in the country.

Of these teams I expect that Maryland will surprise a lot of people and make a deep run into the tournament. I do not know if the Terps will be able to defeat Kansas, but I believe that will be a game that comes down to the wire should it occur.

I would not be at all surprised if Maryland makes it to the final four or if they lose in the opening weekend.

These teams are a collection of higher seeded teams, and Mid-Major programs who have a strong chance of surprising people and busting numerous brackets in the coming weeks. Teams such as Wichita State, Gonzaga, St. Joe’s, Hawaii, and Chattanooga all have the talent and experience to make a deep run in the NCAA tournament. Obviously, the odds of any of these teams going on a long run are low, but every single year a team like one of these shocks the world.

This year I believe Gonzaga will be that team. Gonzaga is a mid-major school that usually receives a much higher seed, they have an experienced team and a great head coach.

I believe they have received a favorable first round match up against Seton Hall and that they will march into at least the Sweet 16. After that point it will all be about match-ups to see how far they can go.

This season has been so full of parity that it is almost a certainty that a lower seeded team, or a team with a worse record, will likely advance deep into the tournament. It may not be Gonzaga, but it will definitely be someone.

The 2016 NCAA tournament should be full of upsets and excitement, but I ultimately expect that the Michigan State Spartans, and Coach Tom Izzo will defeat the Maryland Terrapins and cut down the nets in Houston.  Tom Izzo is one of the best coaches in the country and always gets the most out of his teams in March.

This is perhaps the best team that he’s had in years and they are peaking at exactly the right time.

The Terps and Spartans have played two close games so far this season and I expect this to be a one possession game if (when) it occurs.

Regardless of how quickly my bracket, and every expert’s bracket, gets busted the tournament will undoubtably be full of excitement, unpredictability and at times absolute absurdity. Enjoy it.