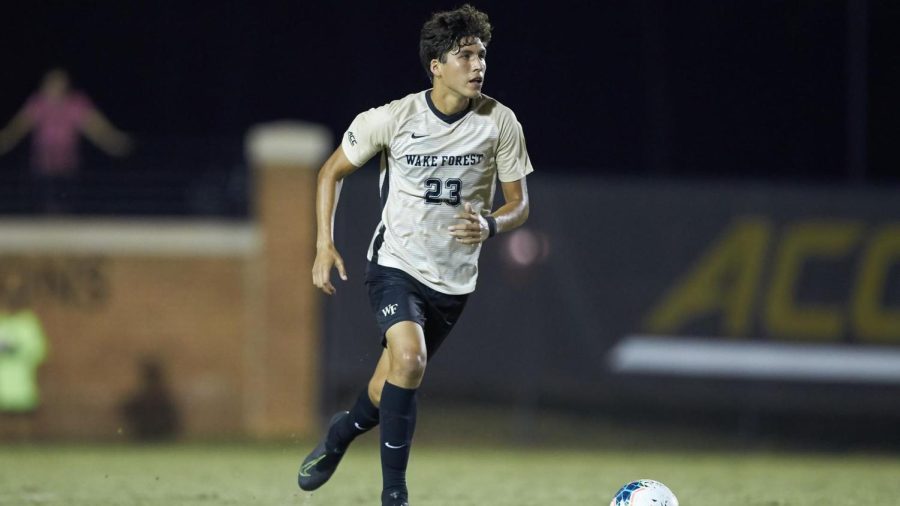 Following a seventh-straight Sweet Sixteen appearance, Wake Forest men’s soccer continues to prove that they are a program deeply rooted in success. The squad has appeared in 11 straight NCAA tournaments, and this season promises to be one that takes them even further into the tournament..

Despite the departures of Nico Benalcazar, Holland Rula, and Kyle Holcomb to Major League Soccer, the emerging young core of players from this year’s roster will look to make a name for themselves. The consistency and success of this program are due in large part to the high-caliber recruiting class. For the seventh straight year, Wake Forest have brought in a top-10 nationally ranked recruiting class. Last year’s class was ranked first and the incoming class is ranked second. Joining the Demon Deacons campaign as mid-year enrollees are Samuel Jones, Cooper Flax, and Alec Kenison. Flax is the highest-rated college commitment for Wake Forest.

Over the summer, head coach Bobby Muuss signed a long-term contract extension to stay in Winston-Salem. In his tenure, he has made seven straight Sweet Sixteen appearances, won two ACC Tournaments, and produced 30 professional players. The success created by Muuss is guaranteed to continue in the years to come with this contract extension.

Wake Forest men’s soccer will have 11 home games this season at Spry Stadium. The Demon Deacons face off against UCF and Air Force in their opening weekend homestand on August 25 and August 28, respectively.