Voter turnout was strong in Forsyth County for primary 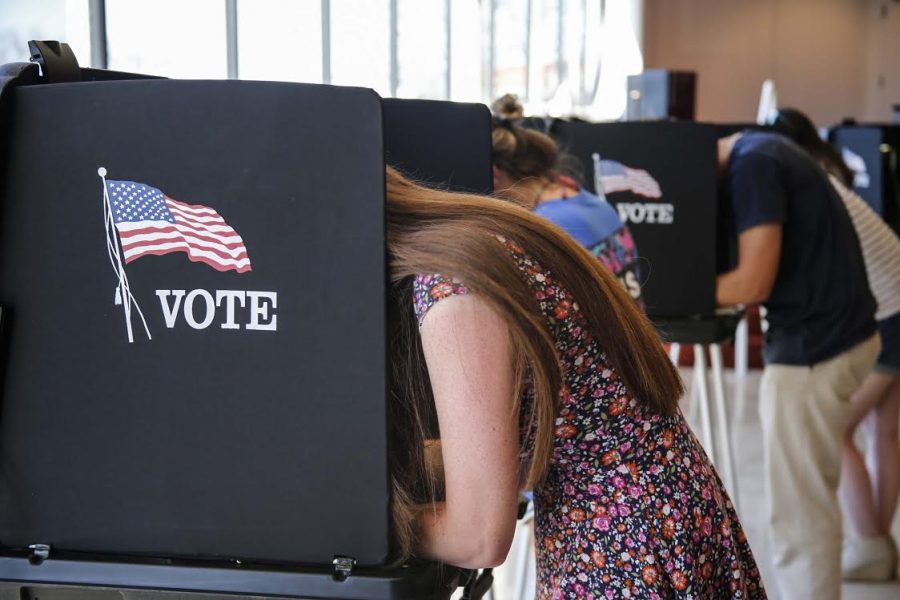 On March 15, voters across N.C. supported their candidates at the polls.

Many people paid special attention to the North Carolina presidential primary election because of the state’s new voter ID law. The new law, which went into effect in Jan. 2016, requires voters to have a government-issued photo ID. The new law also cut the early voting period from 17 days to 10 days, eliminated same-day registration and a program to pre-register high school students.

“There has been some confusion today as to what is acceptable for identification, but no major issues,” said Tim Tsuji, the new director of the Forsyth County Board of Elections.

Some polling stations ran out of ballots earlier today and needed new ones delivered. One polling station, at Pfafftown Christian, was still open 40 minutes after it was supposed to close at 7:30 p.m. with over 100 voters waiting in line. The number of provisional ballots given for issues regarding voter ID was not known by the deadline.

The voter ID laws, which shortened the early voting period, were projected to have an effect on voter turnout. Many argued that the new law promotes racial discrimination, as racial minorities more often use same-day registration and early voting and a different time, different amount of days open and different number of locations for early voting.”

Tsuji also added that of the 56 provisional ballots during early voting this election, only 18 were given to individuals lacking an acceptable ID. The majority of provisional ballots were issued to those who wanted to vote for a candidate outside of their registered party and did not change their affiliation by the Feb. 19 deadline.

The new voter ID law was also predicted to have an effect on students. High school students lost preregistration programs and out-of-state college students now have to provide a North Carolina photo ID or a valid passport.

Wake Forest University students were provided a free shuttle service from campus to the polls among other programs to promote voting.

The shuttle service, co-sponsored by College Democrats and College Republicans, ran twice an hour from 10 a.m. to 7 p.m.

“Wake the Vote,” a civic learning and democratic engagement course at Wake Forest, held a conference on March 15 to discuss the new voter ID law, which is currently being sued by the NAACP of North Carolina and the Department of Justice, and its possible effects were discussed.

Russell Gross, a Wake Forest junior who, voted yesterday at the Arts Council Theater precinct, said he was not affected by the new law because he is a North Carolina native with a North Carolina driver’s license.

However, he expressed his opposition to the law, saying it is “making it more difficult for people to vote and that democracy and voting is what America is all about.”

McKenzie Zeigler, a Wake Forest senior from California, voted in North Carolina because it is a swing state and experienced some push back from the new voter ID law. According to Zeigler, the law is oppressive and an infringement on voters’ rights.