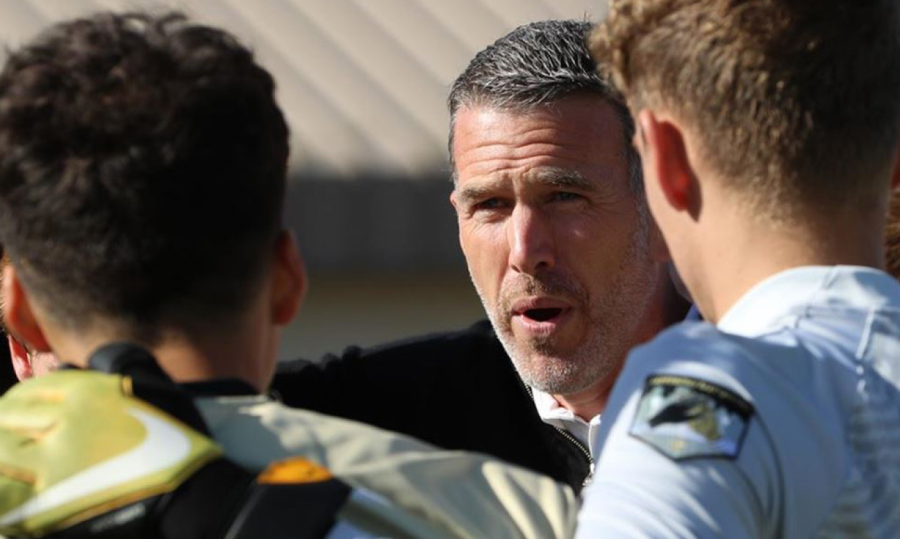 The time has come for the Wake Forest men’s soccer team to take the pitch once again. Following a pair of exhibition games, the team is set to take on the University of Central Florida on Thursday, August 25 at Spry Stadium.

It’s no surprise that Wake Forest enters the 2022 season with sky-high expectations and a roster stacked from top to bottom. Following an up-and-down season that saw the men’s team make their seventh-straight Sweet Sixteen appearance in the NCAA tournament before falling to the No.4 ranked Duke Devils, the 2022 season offers promise in every aspect. Omar Hernandez — a senior sensation coming off an All-ACC year — was named to the 2022 ACC Preseason Watch List, while Wake Forest placed third in the ACC preseason coaches poll, trailing only the reigning champion Clemson Tigers in the Atlantic Division. Though Clemson remains the team to beat, Wake Forest proved in both 2016 and 2017 that the team can be the top dog in the conference.

The Demon Deacons are led by Head Coach Bobby Muuss —  having mustered a top-10 recruiting class in every season since taking over in 2015 and a pair of NCAA college cup finishes that are familiar to the Demon Deacon fanbase. The 2018 ACC coach of the year has developed players like Jack Harrison in his program, and last year led two players — Calvin Harris and Michael DeShields — to their top-five selection in the MLS Superdraft.

The challenge in 2022 comes with filling the hole left by forward Kyle Holcomb. Drafted with the 29th pick in last year’s MLS Superdraft, Holcomb notched the seventh most goals in program history, including a team-high 12 last season. Luckily, the Demon Deacons already have the No. 3 ranked recruiting class nationally – according to Top Drawer Soccer – leading the entire ACC. Six players and four midfielders were added to the 2022 signing class, while three joined the club in January. Cooper Flax — New York’s No.1 rated player in the 2022 class — headlines an eager and savvy class of young Demon Deacon recruits. When one factors in the return of redshirt senior midfielder Jake Swallen, senior forward David Wrona, and junior speedster Chase Oliver among others, there’s no reason that team won’t make noise come tournament time in November.

Those new to Wake Forest soccer will learn that home pitch advantage is important. The Spry has been kind to the Demon Deacons who have only lost 11 home games over the last six years and have won their last seven home games dating back to Oct.1 of last year. The Demon Deacons will play 11 more at the Spry this season.

The competition continues to be fierce for Wake Forest,  who will be facing five teams ranked in the national preseason coaches’ top-25 poll and are already up against a multitude of talent in the ACC. Before the first ACC game on Sept.10 against NC State, the Demon Deacons will square off against formidable opponents including No.6 West Virginia. This year’s non-conference opponents include UCF, Air Force, the University of Alabama at Birmingham, Winthrop University, Fairleigh Dickinson University, George Mason University, Jacksonville University, William & Mary and Wofford College. The squad must rally for a mid-season stretch on the road against top-ranked Clemson and at home versus No.12 Duke. However, Wake Forest is well positioned to keep its winning ways alive as the preseason No.15 team in the country.

The Demon Deacons team that outscored opponents 42-15 last season, but the key will be in creating opportunities in front of the net. The 267 shots attempted last season placed Wake Forest seventh amongst ACC teams, though the team was ranked fourth in both goals scored and goals allowed. All eyes will be on the goalkeeper battle this season between sophomore Trace Alphin and redshirt junior Cole McNally. The latter started nine games in the 2020 season going 6-1-2 before Alphin took charge last season. The Demon Deacons also added Devin Armstrong, a premier goalkeeper out of Florida who spent three years in the Development Academy and played for the Tampa Bay United with the MLS Next.

Go support your Demon Deacons men’s soccer team as they look to have another strong season in 2022. Students may claim tickets for home games on the Screamin’ Demon Rewards app.