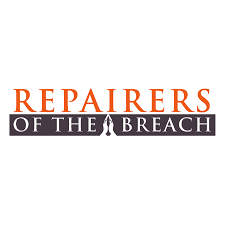 Courtesy of Repairers of the Breach

Repairers of the Breach is a national nonprofit focused on voting rights and social issues.

On Monday, Aug. 29, Repairers of the Breach, a non-profit organization dedicated to promoting morally-based decisions at the ballot, hosted a gathering to encourage low-wage workers to vote in the 2022 midterm elections.

This event was held at Union Baptist Church in Winston-Salem as part of their voter mobilization tour and featured several speakers. These individuals discussed current economic issues and why they believe voting is imperative for the upcoming election.

“The right to vote is born out of struggle,” Barber said. “Voting is a moral issue, and voting is a gift from God.”

Reverend Barber referenced Biblical texts in describing and defining what a vote is. He references the Hebrew word “kol,” which means both “vote” and “voice” when translated into English.

Echoing the messages of the personal stories shared at the event, Barber provided several statistics to demonstrate the severity of poverty within the nation. According to Barber, 43% of Americans were labeled as being “low wealth” individuals before the pandemic. To be classified as “low wealth,” one must live within $2000 of financial ruin at any given time.

Barber believes that the cause of these issues has to do with governmental policy decisions which hold up the richest individuals and push down the poorest. According to Barber, there are three individuals in America which have more money than the entire bottom 50% of the nation.

“Beneficent provision to the poor, the unfortunate and the orphan is the first duty of a civilized state,” Barber said. “Your vote is not support; your vote is a command. If politicians won’t listen to you — make them.”

Barber closed his piece of the event with one final word of encouragement — urging the audience to use their right to vote in this election cycle. “If we ever needed to vote for democracy and justice, we sure do need to vote now,” he said.

Barber reflected on his time operating Repairers of the Breach, saying “[I have learned] a lot of humility.” He considers himself a man of faith and admires all those who struggle daily but still believe that things could be better.

“Every piece of negative public policy is changeable, [and] we can only change what we face,” Barber told the Old Gold & Black. “All the numbers I listed tonight have faces, bodies, dreams, destinies and stories.”

Leslie Brewer, a resident of Stokes County, was the first speaker of the event to share a personal testimony. Brewer grew up near an electric power station. Her family had little funds and purchased a home in this community due to low property costs. However, they found out that the reason for this dip in value was due to the copious amount of coal ash polluting the air.

“Big companies knew they could come here and take advantage of people like us,” Brewer said.

She raised four out of five children in the same location in which she grew up — it is a source of pollution. Her fifth child was raised about 20 minutes out of the area, and he became her only child with no breathing issues. Brewer’s grandparents, who also lived in the area, both died of lung disease as a result of the coal ash pollution.

The second speaker of the evening was Nicole Hensel, a reproductive justice advocate. Hensel testified to her story of struggling to raise her child as a young mother. When she became a mom at 19, Hensel worked two jobs yet still struggled to make ends meet. She and her husband would share a singular meal a day to feed their child.

According to Hensel, she had no choice but to bring a child into her world, despite being poverty-stricken. Due to abortive procedures not being covered by her insurance, she could not afford the several-hundred-dollar procedure.

“Choice is a privilege,” she said.

As her closing message, Hensel encouraged audience members to vote to enact change in reproductive rights policies and parental leave.

“You vote… because if you don’t, someone will use their vote against you,” she said.

Noble is a former inmate at the North Carolina Correctional Institution for Women. Upon her release, she describes the challenge of not feeling like part of society due to her inability to vote.

“I was out of prison, but I was still in prison,” she said.

It was not until the passing of the North Carolina Senate Bill 562 that Noble regained the ability to vote in elections. This act — more commonly known as the Second Chance Act — expanded eligibility by expunging nonviolent misdemeanor convictions. “I am [now] a part of society,” said Noble.

The following speaker was Vivian Henry, a Minnesota resident working with the Poor People’s Campaign. She spoke about her struggles in gaining financial stability — going as far as to donate her plasma for money when necessary. She lives off of $582 a month with general assistance. Despite being declared disabled by the state of Minnesota three times, she is still denied many benefits by the federal government.

“[It] is immoral to be forced to live this way,” Henry said. “Poverty is a policy choice in the richest nation in the world … scarcity is a massive lie.”

Henry believes that her challenges are primarily due to policy surrounding federal general assistance programs, citing the fact that these programs have not adjusted for inflation, nor increased during the pandemic.

The fifth speaker was Beth Schafer, working with Raise Up, an organization fighting for union rights. Working since she was 16 years old, Schafer now works 64 hours a week, yet still faces eviction every month.

“The federal minimum wage is sentencing us to poverty,” Schafer said.

The federal minimum wage — which has not increased in thirteen years —  is cited by Schafer as being a primary cause of her financial struggles.

In closing her contribution, Schafer invites listeners to action.

“Low wage workers…we run this country — Keep organizing and keep working,” Schafer said. This statement is further backed by the event organizers, who released statistics on low-income voters in a press release. These statistics showed that, on a national level, of the 158 million people who voted in 2020, over 50 million were low-income.