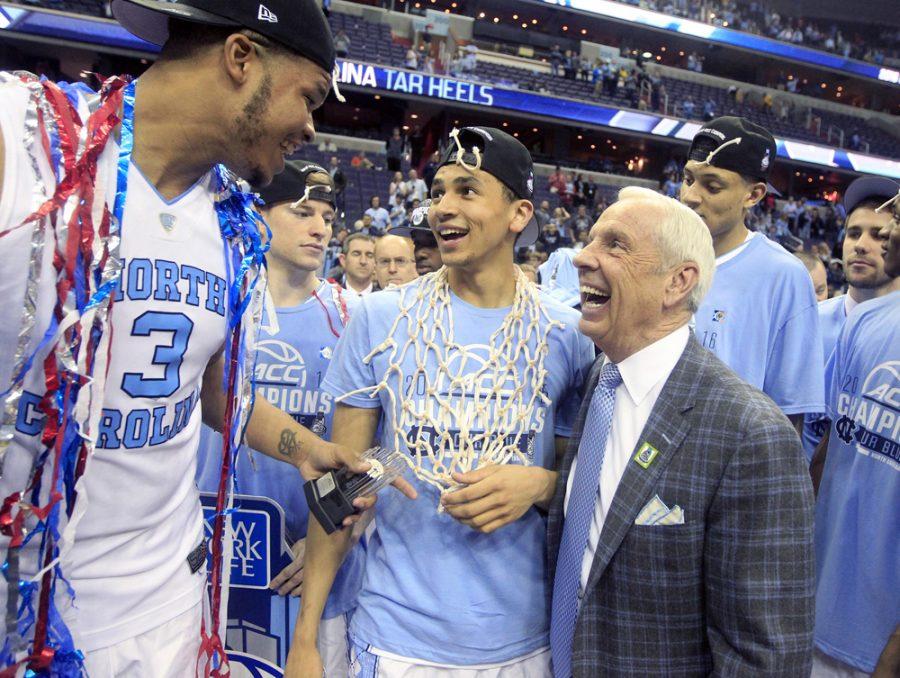 In the Week of March 8-12, the Verizon Center in downtown Washington, D.C. hosted the conclusion of the 2016 New York Life ACC Tournament.

Due to Louisville’s self-imposed post season ban, there were only 14 teams taking part in the tournament this year.

Seeds 12-14 hit the court on Tuesday, as NC State squeaked past Wake Forest to move on while Florida State handedly beat Boston College to advance.

Day two’s action consisted of four games, including a Tobacco Road rivalry between NC State and Duke and an old Big East matchup of Syracuse and Pittsburgh.

In very close games, Pittsburgh and Duke both edged out their opponents, while Virginia Tech managed to beat Florida State by 11. Georgia Tech escaped Clemson by three points.

In semifinal game number two, Virginia barely edged out a veteran Miami team with a final score of 73-68. The championship was set for Saturday night in primetime and it was the game everyone wanted to see — Virginia versus North Carolina in front of an overwhelming UVA crowd.

As the game got underway, it didn’t take long to notice that something was different about the Tar Heels senior guard Marcus Paige, who was hitting shots. For much of his injury riddled season, Paige hasn’t been the player many predicted he would be coming into the season.

Paige’s play coupled with Virginia’s offensive and defensive efficiency led to a halftime score tied at 28.

The second half was more of the same of UNC’s Paige and Brice Johnson trying to break UVA’s staggering defense while Malcolm Brogdon put the Virginia offense on his back; however, Paige hit a go ahead jumper with under a minute left which saw the powdered blue masses inside the Verizon Center erupt, North Carolina came away with a 61-57 win to capture their 18th ACC Tournament title.

The Heels were led by their dynamic guards Joel Berry II and Paige who had 19 and 13 points, respectively. ACC Player of the Year Brogdon had 19 points for the Cavaliers in a losing effort.

While it was a roller coaster type season in the ACC this year, UNC walked away with the ultimate prize of winning both the regular season and tournament titles.