The exhibit will run until the end of the semester 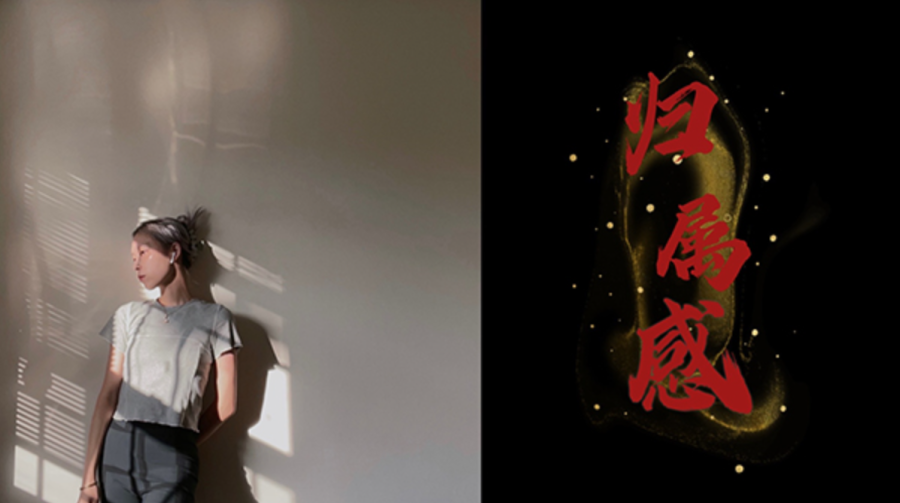 Courtesy of the Lam Museum

Class of 2022 alumna Hex Li worked with Wake Forest University’s Timothy S. Y. Lam Museum of Anthropology to open the exhibit she curated, “Guī Shù Gǎn: Belonging and Isolation in the WFU Chinese Community”, on May 10. Her exhibit focuses on the unique experiences of Chinese international students understanding their place in the Wake Forest community.

Li’s interest in anthropology and museums was fostered by her dad, who studied anthropology in college. She decided to do an internship with the Anthropology Museum for class credit during her last semester at Wake Forest. She worked with her advisor, Lam Museum Academic Director Dr. Andrew Gurstelle, to put it together.

“The exhibit is largely autobiographical or adopting the technique called autoethnography — studying the community by surrounding yourself and placing yourself in the study,” Gurstelle said.

Li’s exhibit consists of objects as well as an interactive component so visitors can gain a better understanding of the experiences of Chinese international students in a more personal way. One component highlights the hypervisibility that Chinese students feel, specifically in the classroom.

“One of the most common experiences is the feeling [Chinese students] have during group work,” Li said. “We’re in class, and the professor says ‘Find another person and start talking.’ Whenever that happens, people tend to look away from us, and we don’t know what to do next. I took this experience and conceptualized it into an isolation room. [The room] is all dark with two lights hitting the top of your head. It creates a sense of isolation for the viewer.”

In another part of her exhibit, Li maps out the paths that Chinese students take during a typical day to explain the prevalence of the hypervisibility students feel when simply walking on the sidewalks.

“I asked my interviewees to map out their everyday route on campus, and tell me roughly how much time they spend there,” Li said. “The time they spend walking on the roads is when they feel hypervisible. They feel insecure with their different fashion styles. For example, long skirts are a thing in China, but it’s not super chic in the U.S. classrooms. Sidewalks are the most frequently visited places on campus but also the most isolating.”

Conversely, Li talks about the other extreme that Chinese international students experience — invisibility.

“Hex Li’s experience is a valid and difficult one that I myself have faced in Student Government and in our school more broadly over the years as a largely homogeneous group of people,” Agudelo said. “That being said, this doesn’t have to be the continued experience. Our priority this year as a Student Government is to increase belonging, both internally and externally, by taking a hard look at how to make our systems more equitable and our relationships more inclusive. This means examining our governing documents, expanding our Diversity and Inclusion Committee to prevent it from being a siloed component of Student Government, increasing outreach by hosting more opportunities for engagement and expanding our feedback loops to include a variety of student groups across campus.”

Another prominent aspect of Li’s exhibit is an object wall that displays a collection of symbolic items for individuals in the Chinese international student community. These objects play a unique role in that they are reminders of home but also a sense of being out of place at Wake Forest.

“I took one of my bracelets that has been with me for my entire life,” Li said. “Whenever I see it, I miss my home but also it reminds me ‘I am not in my home.’ It’s more of a duality. It reminds me of where I belong but on the other hand where I don’t belong.”

“Almost eight percent of Wake Forest is international students,” Gurstelle said. “As the exhibit shows, it is somewhat of an invisible community. For example, the Jewish presence is very visible or at least appropriately visible, but that is not the case for the Chinese student community.”

Li’s exhibit offers the Wake Forest community an opportunity to make international students feel more visible and more understood. The exhibit will remain in the Lam Museum of Anthropology through the end of the semester.

Correction Sept. 8: The caption of this article has been edited to reflect that Hex Li is a member of the Class of 2022.