Electric bull riding is an apt metaphor for democracy

The electric bull serves as an equalizer regardless of background or experience, providing valuable lessons 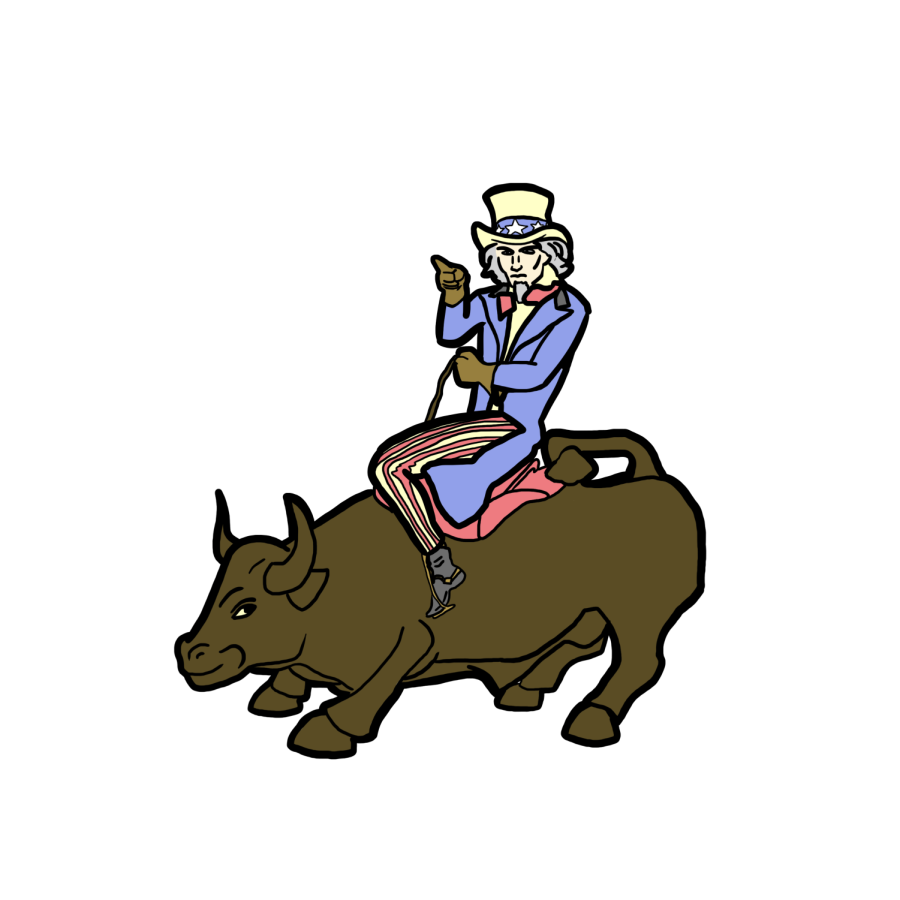 Electric bulls are representative of democracy because anyone can ride one, writes Cap McLiney.

Throughout the course of history, humanity has found many ways to entertain itself. I won’t even attempt to justify, prove or otherwise suggest the importance nor even the existence of these types of activities within this article. As a human being reading this, I am going to take a leap of faith in assuming that you are aware of the prestige held by sports in our society. One of the less-considered such sports is electric bull riding.

The 1980 film “Urban Cowboy” – featuring John Travolta and Debra Winger – was a hit film that propelled the electric bull into the focus of popular culture. While there were electric bulls prior to this moment, it was this film that introduced them as an attraction in bars, clubs and common social settings. Within one of the opening scenes of the film, Winger asks Travolta if he ‘is a real cowboy’ or not. To which Travolta responds with a suave line:

“Well it depends on what you think a real cowboy is.”

It was upon hearing this line recently that I was prompted to consider just what the philosophical implications of the looming electric bull might be. I have decided that the electric bull uniquely represents democracy in America. I am aware that this is not an air-tight argument since there are occasional economic barriers as well as physical limitations which might limit one’s ability to engage with an electric bull. But humor me here.

For one, electric bull riding gave the masses access to what was otherwise a dangerous undertaking. The act of engaging with live bulls in festivals and rodeo cultures can be traced back many thousands of years to the origins of western civilization (frescoes of the ancient Minoans leaping over bulls for sport date back roughly to the year 1450 B.C.). As you might guess, the first interactions with humans and the electric bull came about much more recently. According to Wikipedia, the first electric bulls were made in the 1930s to allow bull riders to continue practice without the risk of injury due to the presence of unpredictable animals. Certainly, non-electric bucking apparatuses existed prior to the 30s. These consisted of a barrel suspended by two to four ropes that would then be tugged on by other men to simulate bucking broncos or bulls. Nonetheless, we are more concerned with modern electric bull riding.

We all know that if you mess with the bull, you get the horns — that is, if you provoke someone, you can expect an aggressive reaction. But, if you mess with the electric bull … what happens? For some, picking the latter fight might mean getting viciously tossed into the corner at Whiskey Dawgs in front of all your friends. For others who might be more coordinated, the electric bull might bring glory as they make it through round after round to prove they truly are country at heart. For myself … the electric bull gave me a broken thumb and pinky, a sore shoulder and a dash of personal reflection.

Regardless of one’s degree of technical competency, good judgment or overall character, however, they are treated the same on the electric bull. Anyone has a chance to hop on and give the iron beast a ride. I encourage you to do so the next chance you have, regardless of your ability. And if not the electric bull, find a new way to work out of your comfort zone sometime soon.