Detailing a day in the life of a constant performer 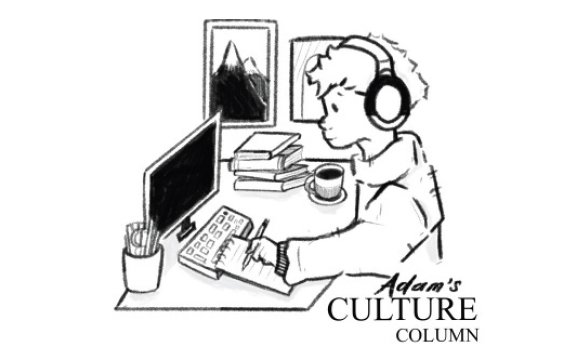 Sometimes I get up earlier than I need to so I can already be doing pushups and situps by the time my roommate wakes up. I know of no real difference between the cheap, male-marketed shampoos and conditioners I see on supermarket shelves and the ones I use, but I have been told through social media that Head & Shoulders and Old Spice 3-in-1 aren’t particularly appealing to bystanders. When I walk to class, I opt to use my wired headphones instead of my technologically superior AirPods, hoping someone will appreciate my dedication to the aesthetic which is itself now bordering on mainstream and played out. It might be time to invest in a walkman.

When I sit down for breakfast at the Pit, I begin to play a relatively obscure black-and-white film from post-war era Japan. I’m not particularly enthralled by the film, but I keep watching it in case someone chances to gaze over my shoulder and observe me. Today, it is “Late Spring” by Yasujiro Ozu. I try to avoid the more entertaining alternative of watching video games or YouTube’s equivalent of trashy reality TV. Simply listening to music, for some reason, doesn’t quite seem provocative enough. After all, they don’t know what I’m listening to.

I go to class. I take comfort in the fact that it’s no longer syllabus week — I can strive for the academic validation I crave without automatically being subconsciously labeled as a total nerd or loser by all of my classmates. The challenge now is to make my answers seem witty and deep without making it look like I’m invested in the discussion. Maybe I begin my response to this week’s reading with, “This is sort of a banal observation, but…” or maybe I instead ask the professor what they think about it — this is always a fool-proof way to appease professors while simultaneously conveying to everyone in the room that I don’t take my own thoughts too seriously.

There is also the question of how to sit in the Pit, or anywhere, really. What facial expression should I wear? What, I might ask myself, is the optimal way to look nonchalant and earnest while displaying good lumbar health? I do not want to look stern or angry, yet there is also the unfortunate chance that someone might mistake my unfounded smile as a sign of vacuity. What if my current visage is unbecoming? Have I missed out on a potential romantic opportunity because of one minor oversight in my projection to the world?

I am now terribly afraid to venture into the terrain of social media. I am brutally aware of my attempts to keep a low-profile persona on social media as being equally performative as those who flatter themselves with misnomers such as “casual Instagram” and being “real”. My goal is not to have a truly entertaining or unique social media persona, instead, I only hope that I am better at deceiving others than the rest are. Suspend your disbelief, I beg. I want to be cool.

The more we know about someone, the less they tend to be a hero. This is a side effect of watching movies, probably. Writers pare, pare and pare, making sure every detail has meaning, tricking you into believing the character they built out of words is living and breathing. How would we feel if we watched our favorite protagonist scroll mindlessly through Tik Tok for an hour while she should be doing homework? What if they woke up and stared at the ceiling for 15 minutes instead of cutting to the mourning-routine-montage that we’re accustomed to as viewers? In my experience, trying to be as aloof and imperceptible as possible is a self-reinforcing loop for precisely the fact that it actually makes me more performative than I would have been otherwise. Invisibility is still a demonstration, it’s just seen in a different way.

I wouldn’t know where to start to fix myself even if I wanted to do so. I don’t trust my own views of the world, so I must constantly refresh what I believe to be the world’s evaluations. An unavoidable obstacle in this process is the fact that people have a hard time agreeing on what is right and wrong, cool and uncool. Does writing an article about this internal struggle merit some kind of forgiveness, or does the pitiful meta quality of it all discredit any sincerity that it intends to put forth?

And would it be unfair, I sometimes wonder, to posit the idea that all of our vices and addictions — from reality television and consumerism to narcotics and lottery scratch-offs — are in some way designed to help us forget about ourselves?