Reflecting on the genius of ‘Eternal Sunshine of the Spotless Mind’ 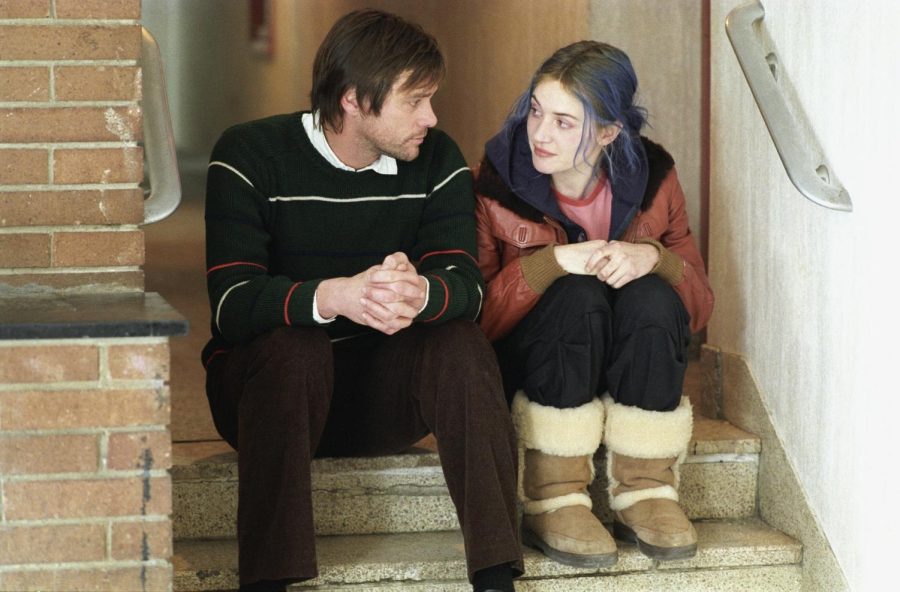 "Eternal Sunshine of the Spotless Mind" is an enthralling romance, writes Sofia Bazant.

“Eternal Sunshine of the Spotless Mind” (2004)  is single-handedly the most strikingly beautiful and creative film I have ever seen.

I would like to preface this by saying that I cannot do this film justice after only one viewing and with only a few hundred words — or even with one million. Its timeless complexities are worth infinitely more.

Screenwriter Charlie Kaufman and Director Michael Gondry compile mind-bending glimpses into love and nostalgia while grappling with the paradox of existing separately from one’s memory.

The primary storyline of “Eternal Sunshine of the Spotless Mind” follows Clementine Kruczynski and her partner Joel Barish in a series of deconstructed and non-linear memories.

When Barish (Jim Carrey) discovers that Kruczynski (Kate Winslet) has had him professionally erased from her memory, he is heartbroken and unable to cope. He resorts to having her erased as well, causing him to relive the entirety of their relationship through the erasing memories.

The non-chronological order and stunningly detailed sound and visual editing immerse the viewer in the disorienting dreamscape of Barish’s subconscious.

Spatially distant voices make it difficult to differentiate between Joel’s memory and reality. In many brilliant jump cuts, Barish walks seamlessly from the darkening aisles of a bookstore, where book titles gradually erase with his memory, into the stairwell of his own home in a new time frame.

“Eternal Sunshine of the Spotless Mind” inspires both empathy and thoughtful consideration of human psychology and philosophy.

Kruczynski reveals herself as a figment of the Barish’s imagination throughout the erasure. In heartbreaking lines that deviate from the original events, the viewer is left contemplating the expectations and vices that eroded Barish’s romanticized version of Kruczynski in their first relationship.

Regret characterizes the erasure as Barish tries to outrun his decision. He briefly evades the erasing memories of his relationship by escaping to those of his childhood. These reinvented memories of traumatic experiences give viewers insight into Barish’s past and thus the void Kruczynski may have once filled.

Eventually, the reworked memories lead to a final farewell in which Barish’s subconscious transposes onto Krucsynski while the world falls apart around them. Her last words, or those of Barish’s imagination, form an impulse that leads him back to the place where they first meet, unveiling the chronology of the first scene in the film within their love story.

The erasure aspect of the storyline concludes with a montage of joyful memories that simulate a fleeting rewind of Barish and Kruzynski’s lifetime together.

The montage allows viewers to plunge into the masterpiece finale of the film where the beginning and end of the relationship exist simultaneously.

The soul-shattering declaration of love at the end of the film is contestably optimistic:

Barish: “I can’t see anything I don’t like about you right now.”

Kruczynski: “But you will. But you will. You will think of things. And I’ll get bored with you and feel trapped because that’s what happens with me.”

In the absence of memory and under the pull of fate, a tumultuous emotional journey leads back to an acceptance square one, bringing the story full circle once again.

“Eternal Sunshine of the Spotless Mind” is a commentary on both love and destiny and a testament to the value of memory. We are the ensemble of our experiences and we need the knowledge gained from our pasts in order to move forward.

If one lesson is taken from watching Kruczynski and Barish pick up the pieces they left behind, it would be that eternal sunshine does not await within the spotless mind.