Swift leaves much to unpack in recent album announcement 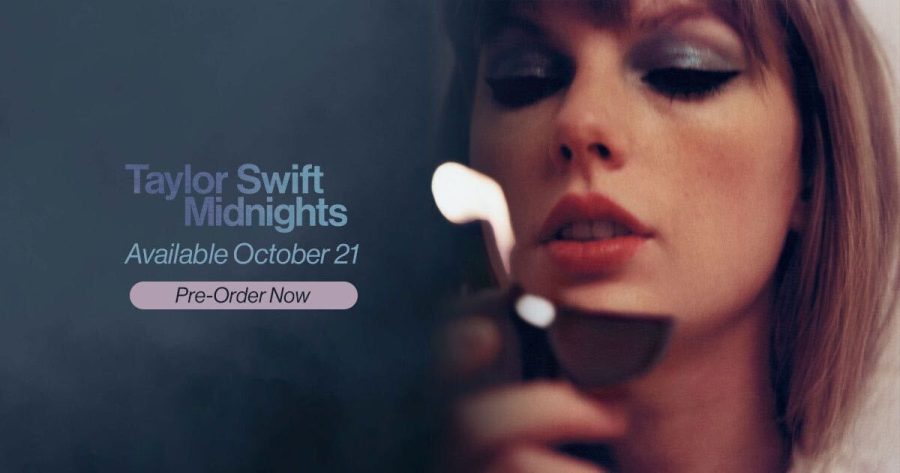 During her recent acceptance speech at the 2022 VMAs, Taylor Swift announced a new album. The singer received three recognitions—Video of the Year, Best Longform Video and best direction—for her groundbreaking “All Too Well (10 Minute Version) (Taylor’s Version)” music video.

“I had sort of made up my mind that if you were going to be this generous and give us this,” Swift said on Sunday night, holding up her trophy, “I thought it might be a fun moment to tell you that my brand-new album comes out Oct. 21.” Her voice was overtaken by cheering from the crowd.

“Midnights” — a title Swift released on Instagram later that night — is set to include 13 tracks, divided into sides A and B, with lyrics written during sleepless nights throughout her life. Fans know 13 is the artist’s lucky number and have speculated on other easter eggs, namely track names hidden in her announcement post and “midnight” being a recurring lyric in her latest releases. Swifties leave no stone unturned.

Perhaps the most heavily discussed topic is the album cover. Swift is an artist who, like superhuman Madonna before her, releases music in different artistic eras. Early albums track her evolution from country sweetheart to popstar, “Reputation” characterizes her vengeful, ask-no-questions phase and the romance of “Lover” arrived after dating her partner Joe Alwyn for several years. Swift’s psyche is rarely a mystery.

Theorists have put forth several ideas for Swift’s next epoch, from rock to soft grunge to mid century — the latter may be closest to the truth, considering the unnamed tracks listed on the mid-century style cover, which was a popular design choice at the time. Her recent red carpet looks channel old Hollywood glamor and the “Midnights” photoshoot features sixties furniture on set. The album cover shares stylistic elements with Olivia Newton-John’s iconic closeups and The Cars’ 1978 debut. Her glittery purple eye makeup is a distinctly 90s look.

Could Swift release odes to these bygone musical ages? The artist’s announcement is clear that “Midnights” forgoes the present nature of her eras, which track her growth in real time, to dig into her past. Lyrics won’t represent how she is feeling now — heartbroken, bitter or in love — but will instead reveal how she has felt. Thus, I suspect Swift will also nod to the past with the chosen music genre(s).

Swift will remain the wordsmith fans adore, despite stylistic changes. “Folklore” and “Evermore”, her indie, quarantine-era brainchildren, illuminate the artist’s poetic potential and knack for storytelling. Read up on the teenage love triangle trilogy of “Folklore” — the execution is masterful. Swift’s lyrical genius has matured with her, earning her a place among emerging craftswomen of profound music like in her collaboration with Phoebe Bridgers on the song “Nothing New”.

“Midnights” will harness poetry to produce her most dynamic and vulnerable release yet. An honest look at how Swift dealt with her life’s biggest moments — good and bad — will further divorce the star-studded celebrity façade and make her feel like a friend of listeners. Nighttime tempts thoughts toward many places, and I think the album will reflect this wide range of possibilities; sides A and B could easily represent dreams and nightmares. Expect motifs centering around light  — the announcement pictures a lighter and mentions a lantern.

“We lie awake in love and in fear, in turmoil and in tears,” Swift narrates in a released “Midnights” excerpt. “We stare at walls and drink until they speak back. We twist in our self-made cages and pray that we aren’t — right this minute — about to make some fateful life-altering mistake.”

What could be more gut-wrenching and universally felt? Only midnight will tell.