NCAA Tournament: A bettor’s guide to the Final Four 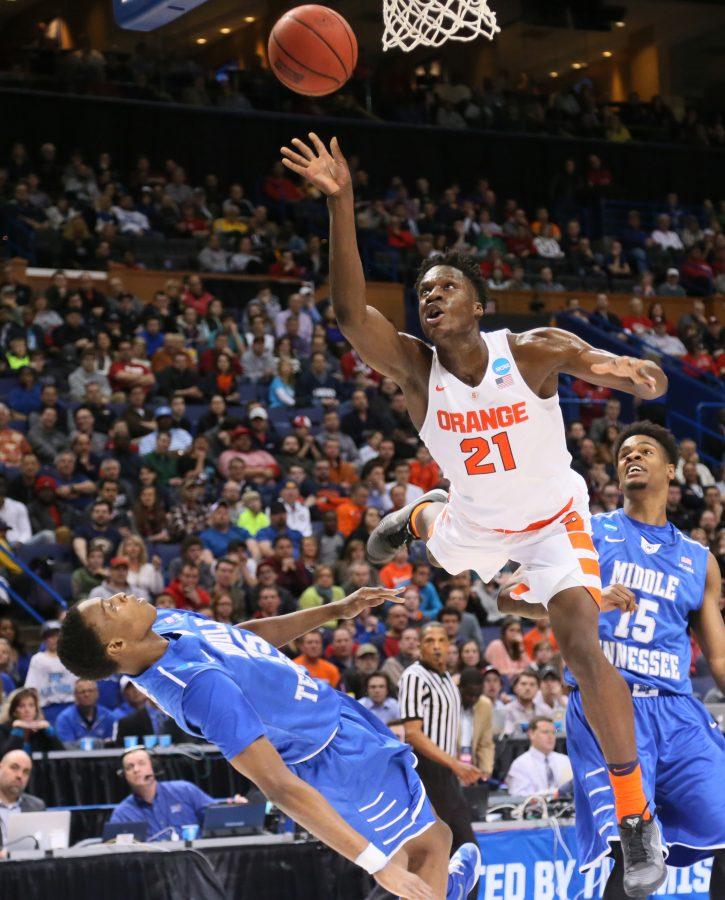 When people are asked their favorite holiday, most normal people would say Christmas, New Year’s Eve or the Fourth of July. For those of age who like to gamble, the answer is always March Madness. 12 hours of nonstop college hoops for four days of the week is the closest thing Las Vegas has to a bettor’s heaven.

Unfortunately, this tournament has gone by too fast and the Final Four is already this weekend. That does not mean the betting has to stop. Here are my picks to help you steal your friend’s money.

Oklahoma vs. Villanova Under 146 Points

The last time these two teams met was Dec. 7, when Oklahoma ran Villanova out of the gym on their way to a 78-55 victory. The Sooners shot 53.8 percent from 3 point range, while the Wildcats only shot 12.5 percent fromlong range.

Although I do not see Villanova shooting that poorly again, I also don’t see Oklahoma shooting over 50 percent in a dome that is notorious for being hard to shoot in.

This is because domes put the fans much further behind the basket, messing with shooters depth perception. Although I think Buddy Hield will still score his points, this factor combined with Villanova’s phenomenal perimeter defense could throw a wrench in his plans.

Villanova has been playing potent defense lately, forcing an offensive juggernaut like Kansas into 16 turnovers. Hammer the under and expect this game to stay in the low to mid 60s.

Jim Boeheim may break every rule in the NCAA handbook regarding recruiting, but the man can flat out coach (his coaching seemingly means break the rules, get a slap on the wrist, and then you will be in the Final Four). North Carolina has already beaten Syracuse this year on two occasions, the first time in Syracuse by a score of 84-73. That game was only Boeheim’s first after his suspension, and ever since his return, the Orange have been improving game by game and only suffered a five point loss in Chapel Hill.

The famed 2-3 zone should slow the game down and force the Tar Heels into taking three point shots, which is one of their weaknesses.

This combined with the infamous dome could spell trouble for North Carolina. Do I smell an upset? Probably not, but I will take the points and bet on Boeheim and the Orange.