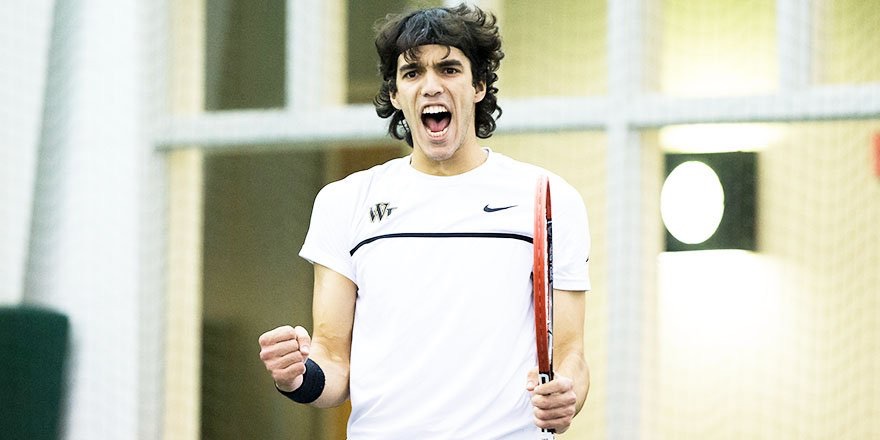 The Wake Forest Men’s tennis team is off to one of the best starts in team history. The team has played and defeated top competition all season, and are currently ripping through their ACC opponents.

The Demon Deacons have now won nine straight games, tying a school record, seven of which have come in the form of a shut-out victory.

The Deacs have been led throughout the season by sophomore Skander Mansouri who is now ranked No. 16 in the country, and will likely continue to rise in the rankings as the season progresses.

The Deacs have been firing on all cylinders and will need to stay hot as the season reaches its conclusion.

Both an ACC Championship and National Championship are within reach for the Demon Deacons; however, the Deacs will face stiff competition along the way.

Virginia has been a dominant force in men’s tennis over the last 10 years, and they have not lost an ACC tennis match in that span.

The Cavaliers are a tennis powerhouse and if Wake Forest wants to win an ACC or NCAA Championship they will definitely have to go through the University of Virginia.

North Carolina is also going to be a tough opponent for the Deacs to get through as the season concludes.

The Tar Heels have been ranked No. 1 in the country for much of the year, and have only lost one match.

The Demon Deacons will head to Chapel Hill to face the Tar Heels in the coming week in a match that will likely tell us just how good this team really could be.

The Demon Deacons have played themselves into a prime position to compete for and win a championship this season.