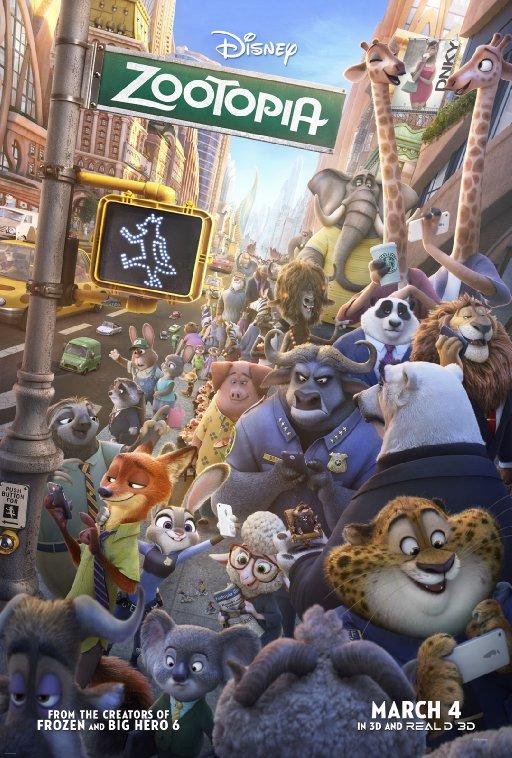 Byron Howard, best known for his work on “Bolt” and “Tangled,” directed and wrote the movie.

The most recent film met critics well, and earned an unheard of 99 percent on popular movie review site Rotten Tomatoes. It has earned praise for its lighthearted yet purposeful message against stereotyping.

The protagonist of the film is officer Judy Hopps, a rabbit voiced by Ginnifer Goodwin of ABC’s “Once Upon A Time.” When Judy Hopps enters the police force and, due to her being a rabbit, is stereotyped as being ineffective in stopping crime outside of parking violations, she sets out to prove her worth.

Through an unlikely partnership with fox Nick Wilde, she stops an unlikely villain from reverting the peaceful animal kingdom back into predators versus prey.

The film, which was originally budgeted at $150 million, had earned over $500 million in the box office by mid March, making it the third consecutive Disney film to do so following “Big Hero 6” and “Frozen.”

Instead of drawing direct parallels between ethnic races or genders and animal species, the film integrates different societal stereotypes throughout the movie, and subtly highlights how those stereotypes affect the members of Zootopia.

In a backstory, it is revealed that con artist Nick Wilde was discriminated against as a young fox solely for his species, and he was not allowed to join the Junior Ranger Scouts, a club made up of traditionally “prey” animals, because the other members of the club did not trust that he didn’t have sly intentions.

In one scene, Wilde tells Hopps, “Everyone comes to Zootopia, thinking they could be anything they want. But you can’t. You can only be what you are. Sly fox. Dumb bunny.”

This quotation is later proven wrong throughout the plot, leaving the general message that, while stereotypes certainly have a large effect on everyone, individuals must ultimately stand up for themselves and prove those societal stereotypes wrong.

In addition to addressing the effects of racism and sexism in society, the movie also goes against the general opinion of the recent media and paints the role of police officers and other members of the armed guard as valued, necessary individuals.

In one conversation that Judy Hopps is having with Police Chief Bogo, a buffalo, she says, “I came here to make the world a better place, but I think I broke it,” to which Chief Bogo responds, “The world has always been broken. That’s why we need good cops.”

In general, “Zootopia” is a lighthearted, comedic film that includes comedy intended for all ages, while sending important messages to viewers about the effects of stereotyping.