How we got here: sexual assault on campus

On Aug. 28, 2021, Wake Forest students protested in response to an allegation of sexual assault committed by a Wake Forest student against another. That incident brought the issue of sexual misconduct to the forefront of students’ minds and raised concerns about the campus climate.

Maya Dalton, a Wake Forest alumna who organized the protest with junior Elizabeth Langshur, said that she was excited to see progress being made toward a positive and healthy environment for all students.

Dalton said that she did not find it shocking that women were “the only statistically significant findings” in Table 1.

Read the OGB's coverage on the 8/28 protest 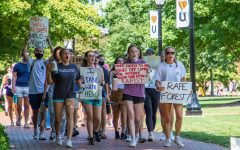 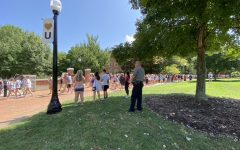 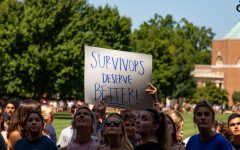 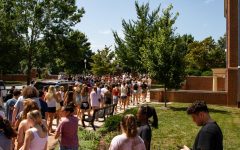 “One thing that the university should take with a lot of weight is that the overwhelming majority of respondents reported that the perpetrators of the sexual harassment behavior they experienced were Wake Forest students,” Dalton said. “What percentage of those perpetrators were reported to Title IX?”

The findings in the Wake Forest sample regarding perpetrator characteristics were consistent with broader research literature. In national surveys, perpetrators were most often men, and incapacitation tactics were most likely to be perpetrated by someone the individual knew but was not friends with.

“Wake Forest needs to take a closer look into how it’s educating students on preventing sexual misconduct, reporting systems and what communities on campus may foster these overwhelming numbers of perpetrators,” added Dalton.

However, Dalton was also proud of the work completed by the university and hopeful for future action.

“Seeing so many years of work across so many different groups come to completion is really satisfying,” Dalton said.