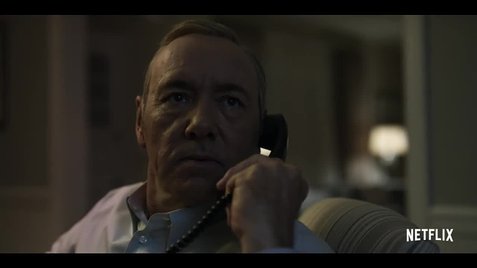 Since the release of its first season in 2013, “House of Cards” has taken its place among the most popular Netflix original series.

Three years later, season four carries on the tradition of blurring the lines between theater and politics. I was glued to the television as I watched all 13 episodes over the span of three days.

Kevin Spacey does not fall short in his role as Frank Underwood, a political tycoon who will stop at nothing for his quest to power. Underwood pulls out all the stops in this season, proving that he will be as ruthless as needed in order to accomplish his agenda.

Claire Underwood, played by Robin Wright, also proves to be just as ruthless as Frank. In past seasons she was more of a background character, constantly in Frank’s shadow.

However, due to circumstances in this season she steps up to the plate and plays a larger role. In this season of “House of Cards,” we are given more insight into Claire Underwood’s backstory. This gives clarity and insight into why her character behaves in the way that she does.

Wright also proved her skills behind the camera by directing four episodes. She stated in an interview that, “I kind of want to stop acting [and] keep directing.” However, Wright will have to keep her acting cap on for at least one more season because “House of Cards” was renewed for a fifth season which is set to premiere next March.

This new season also saw the re-introduction of old characters who we haven’t really seen in a while — including Raymond Tusk, Freddie, Thomas Hammerschmidt and Thomas Yates. Yates is the most prominent re-introductory character as he develops his bizarre relationship with the Underwoods which is due to Frank and Claire’s growing distance. Hammerschmidt is also reintroduced as he spends the majority of this season following in Lucas Goodwin’s legacy, looking deeper and deeper into the Underwood’s backstory.

Although some, if not most of the plot is totally outlandish, the show’s writers keep us entertained with this insanity.

The show is also visually stimulating with its aesthetics as seen through the symmetrical and monochromatic set design and character appearance.

Characters are concerned with visual presentation. For example, after a tragic event, Claire Underwood sits down at a mirror and powders her nose. This, among other examples in past seasons, has shown us that the characters are only concerned with appearance.

Frank Underwood’s representation of the president is theatrical as he constantly appears to be playing a role. During the shows, Underwood has various asides which give the viewer character insight on what Frank is really thinking. These asides are common with Shakespearian plays, especially “Macbeth” and “Richard III,” on which the show loosely based. The final scene of the season will leave you in chills and leave you thinking “How did this just happened?” I guess we will have to wait and find out.

Season four is one of the best seasons “House of Cards” has aired, and I am excited to see future seasons. Will Frank accomplish his goal of building an, “old stone building that stands for centuries” or is he merely building a “house of cards?”