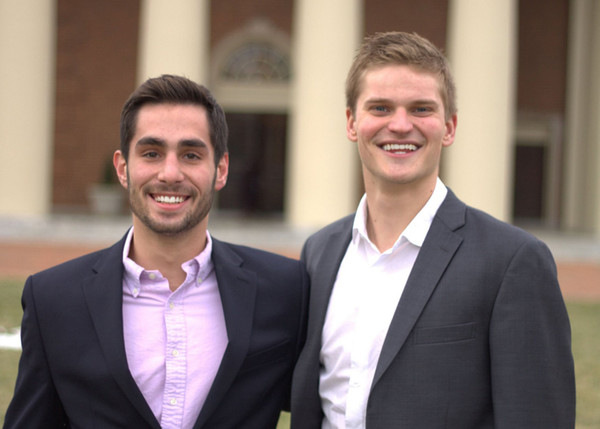 In September, Wake Forest juniors Tim Collis and Tom Worcester, who were looking to get involved with an entrepreneurial project, started the company Loopey Laces which sells shoe laces with sorority letters on them.

According to Worcester, they came up with the idea of selling shoe laces, because they were talking about an Australian man who sold Nike shoelaces for different Nike shoes.

The sororities at Wake Forest are known for each identifying with a different color converse. Because of Wake Forest’s prominent sorority population who seeks identity through the shoes, they decided to sell shoe laces with a sorority’s letters on them.

However, starting the business was not as simple as just sending a design to a manufacturer.

Worcester and Collis first had to get permission from the Greek organizations in order to use the organizations’ letters on their laces.

“When we first thought of our idea to make the product, we were very excited and wanted to get immediately into it,” Collis said. “And then we had to take a step back and say ‘is any of this legal?’”

After this realization, the process hit its first speed bump, but the juniors overcame it.

There were many other challenges to starting their business, as well.

“I think what it became was an exercise in obstacle management, because we didn’t know what was going to come our way,” said Worcester. “We’d never taken a class that said ‘hey, this is how you run a business,’ but fundamentally, we took everything as a step-by-step process.”

Another one of the obstacles they faced began with the initial design of the product.

“Vectoring and designing shoe laces was something [Tom] had never done before,” Collis said. “He made a couple different mocks in Photoshop, then we said ‘ok, we need someone to produce them.’ Then we researched a manufacturer, then sent our designs over and they said ‘that’s not how this works.’”

“So we’re learning along the way. They said, ‘you need to have them vectored, you need step-by-step patterns.”

Collis and Worcester worked with artist and Wake Forest senior, Ryann Oakley, to help them. Oakley helped them create vectored designs — designs that the manufacturer can manipulate and use to create the actual product.

Though it has not been easy navigating, the complicated path of creating and selling a product, Collis and Worcester are thankful for the mistakes they have made.

Despite the long process of making their idea a reality, Loopey Laces has been a success, selling thousands of pairs of laces. They have even expanded beyond the Wake Forest campus.

“If you think on the scale of 500 schools, 1000 chapters, then you think pure volume of laces, that’s where the business is essentially geared towards,” Worcester said. “It’s high-volume, low-cost as opposed to Ferraris and Lamborghinis where it’s high-cost, low-volume.”

Worcester and Collis are not planning on limiting themselves to only shoelaces — they are planning on expanding their brand, as well.

“We’re kind of expanding the whole Loopey Laces thing into Loopey brands,” Worcester said. “None of this is absolutely final yet, but we’re possibly expanding into a custom lace business, we’re expanding into, maybe, Loopey Leggings, maybe Loopey Lipstick. We’re going to be kind of tapping into different parts of the apparel market that we think have opportunity.”