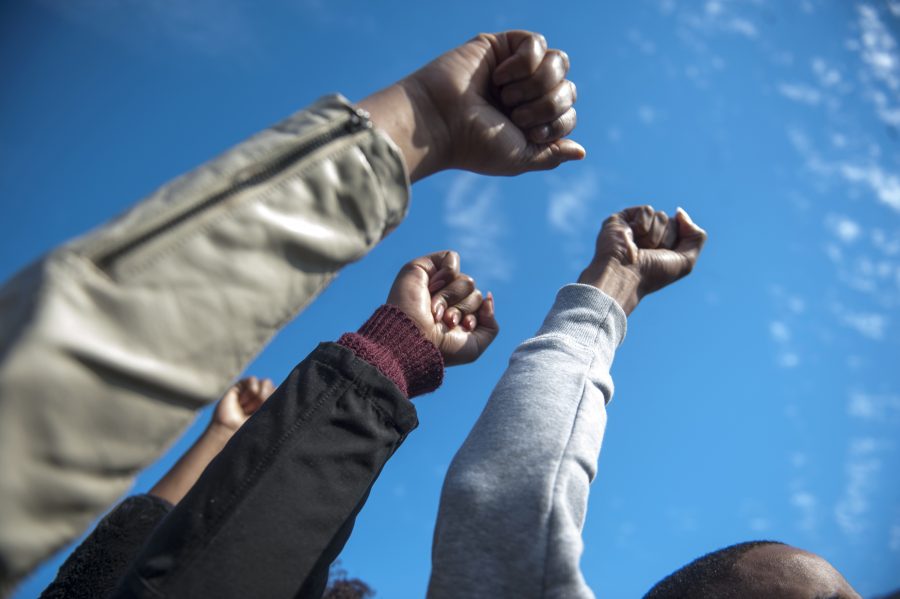 Earlier this month, highly controversial presidential candidate Donald Trump cancelled a rally scheduled to be held on the campus of the University of Illinois, after protesters, many of which were students, led to security concerns.

The refusal of many of the students to hear Trump speak plays directly into what many consider a growing concern, the declining resilience of the current generation of college students.

Last year, speaking at an education town hall in Des Moines, Iowa, President Barack Obama addressed the topic while responding to a question about former presidential candidate Ben Carson’s comments that the Department of Education should not fund universities which foster extreme political bias. Obama said, “I’ve heard of some college campuses where they don’t want to have a guest speaker who is too conservative … I’ve got to tell you, I don’t agree with that — that [college students] have to be coddled and protected from different points of view.”

While Obama’s comments were not directly addressed at Trump’s rally, as he was speaking several months before the event at the University of Illinois, his comments remain relevant, as the debate over campus “safe spaces” grows, as do the role of campus counseling centers and support organizations for students.

Many university faculty have noted the change in the campus climate throughout past generations, saying that not only are students today less resilient to opposing viewpoints, but they are also less resilient when facing failure. Additionally, college campuses across the country have seen a growth in the role of university counseling centers, as more students are seeking mental health counseling than before. Just this week, at the bimonthly Wake Forest University student government meeting, it was mentioned that the university’s own counseling center has grown, and is in fact understaffed currently as a result.

“The role of the University Counseling Center has grown due to a multitude of factors. First, the definition of what constitutes ‘mental health service’ both within and without higher education has certainly evolved over the last few decades. Secondly, stigma around mental health has drastically reduced, allowing more students to access services overall,” Interim Director of the Counseling Center James Raper said. “Lastly, a larger number of college students nationally are entering college having already experienced more significant mental health symptoms – though what’s important about this is that this is partly due to the efficacy of psychiatric medications that now allow students to access higher education where previously that would have been more challenging.”

In addition to the growth of university counseling services, many university faculty members have noted that students seem more stressed and afraid of failing than were students of previous generations, a quality that will not benefit students looking to enter the workplace.

“When I was interviewing in the corporate world, I certainly asked people about what their failures were. Having experience with failure is good,” Polly Black said, the Director of the Center for Innovation, Creativity and Entrepreneurship. “Now we are in a society where there’s a greater sensitivity and fear. Students grow up cocooned by their parents because we consider the world more dangerous, so we don’t get to experience the bumps and bruises that previous generations may have experienced. Students now have got a steeper learning curve through college than they did before, because we are now sending people to college with a deficit of being able to cope, but they still have to be able to emerge into the real world by graduation at 22.”

The shift from “C” being the average grade to “B” is another indicator of the changing campus climate, which can be seen when students complain of “grade deflation” at top universities.

“Wake Forest students are for the most part responsible and serious, but grades are a sensitive area. Failure for many students means not receiving a grade of ‘A’; a ‘C’ nowadays is considered unacceptable, and very seldom the ‘D’ and ‘F’ grades are given. ‘B’ has become a sort of catch-all,” said Candelas Gala, a professor in the Romance Languages Department. “Many times I have referred unhappy students to the description of grades in the WF Bulletin so that they understand what each grade means. I have not had much success in convincing them that an ‘A’ needs to be earned. Worthy things take effort, I have told them, but I doubt that old maxim has any effect on them.”

It is doubtful that concern over decreasing student resilience will leave the media soon, especially as the debate over safe spaces continues.