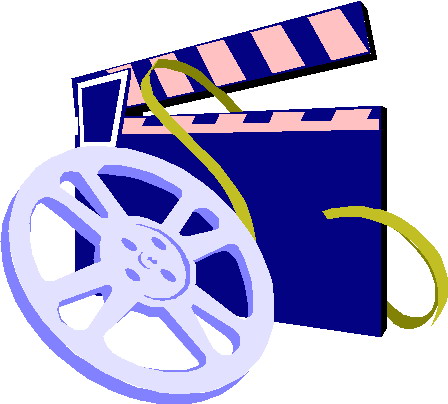 Unbeknownst to some, Winston-Salem hosts the premier film festival of the Southeast United States, the RiverRun International Film Festival.

This festival happens every year right in the middle of spring, this year falling on April 7-17. Ranging from documentary shorts to narratives features with 165 films from around the world, with visiting directors, actors and producers, RiverRun brings a little bit of Hollywood to the Triad. It’s hard to pick from 165 films, so we have compiled the top 10 films to see this year — picking a variety of movies that appeal to all.

Directed by UNCSA alum Chad Hartigan, his third feature film is about the struggles of growing up as an American teenager with a single dad in Heidelberg, Germany. A light-hearted, romantic coming-of-age story, “Morris from America” is a fun journey through the misadventures of an out-of-place 13-year-old boy. An award-winner at this year’s Sundance Film Festival, this film is perfect for all ages and not to be missed.

Everyone has nightmares about the apocalypse — it’s a fear that comes with human nature. The documentary “Containment” treats these fears as reality, uncovering the massive amount of nuclear waste leftover from the Cold War and how it could deeply affect the world around us.

“Coming Through the Rye”

Reading “Catcher in the Rye” in high school is a rite of passage for many teenagers — a moment of existentialism that is uniquely pubescent. In “Coming Through the Rye,” the setting is 1969 and teen Jamie Schwarz is so affected by the novel that he goes on a search for the reclusive author, setting off on a journey with unexpected twists and turns. Applicable to readers old and young, this film will relate to anyone who’s ever been deeply affected by a novel.

“Maya Angelou: And Still I Rise”

Former Wake Forest profesor, American poet and civil rights activist, Maya Angelou had an illustrious, multi-faceted career that took her around the world and down many different paths. The first documentary about this incredible woman, “Maya Angelou: And I Still Rise,” is a detailed dive into the life, legacy and soul of one of the most influential women of our time.

In today’s society everyone is expected to be multi-tasking perpetually — and to be doing it expertly. “Chevalier,” tells the story of six men stranded on a lavish yacht in the Aegean Sea, all competing to see who is the “best of everything,” participating in outlandish tasks and not disembarking until a winner is determined. Quirky, off-kilter and absurdist, this film questions the cultural preoccupation with success.

“A Journey of a Thousand Miles: Peacekeepers”

A documentary about the United Nations peacekeeping organization, “A Journey of a Thousand Miles: Peacekeepers,” tells the story of three Bangladeshi women as they set off to work in an all-female, primarily Muslim unit in post-earthquake Haiti. A story of challenges, hardship and resilience, this film shatters prominent stereotypes.

Climate change is slowly changing the way many people see the world, especially those who are most affected by it. The deforestation of the Amazon rainforest is causing the loss of animal habitats, resources and homes to indigenous peoples. “When Two Worlds Collide,” is a documentary about the people who are taking on the big businesses that are destroying this forest in Peru.

People don’t just go to a restaurant for the food anymore — they want the full experience. Décor and ambiance are essential to an eatery’s success. A Manhattan restauranteur tries to save his failing restaurant with the now-iconic red-zebra wallpaper in the film “The Missing Ingredient.” A documentary about the creation of an institution, this film explores the intense competition between two New York restaurants.

After winning the Tarahumara people of Mexico’s Copper Canoyons 50-mile marathon, Will Harlan from Asheville, N.C. was christened “el chivo,” meaning “the good.” Striving to remain true to his roots and continue as an elite athlete, Harlan’s story will resonate with anyone who has struggled to stay authentic.

Camino Bakery is a Winston-Salem institution, and many people are not aware of the inspiration behind the name, the Camino de Santiago in Spain. UNCSA alum Lindsay Thompson backpacks the trail’s 500 miles and documents the stories of the travelers making this sacred pilgrimage to the grave of St. James.