The MLB will be led by young stars this season 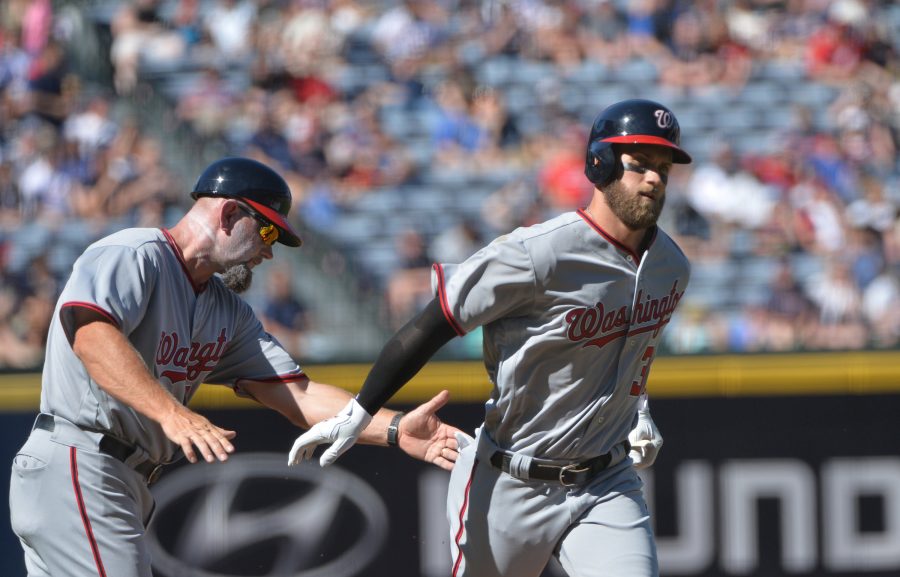 As the 2016 season of “America’s greatest pastime” rolls around, several big storylines emerge as to what is expected to be another compelling campaign of Major League Baseball.

First off, every baseball fan out there knows that the Kansas City Royals have the talent to defend their World Series title in October, the only question is if they’ll demonstrate the consistency to do so. Second, are the Cubs finally going to get over their long postseason drought? Could this finally be the season that Chicago’s Northside ball club takes home their first World Series title in over 100 years?

Here are some of my predictions for all the divisions in baseball, which highlights the potential favorite teams and players that are expected to emerge once October comes around.

In a division full of baseball’s blue bloods, the Boston Red Sox look to bounce back from a somewhat disappointing 2015 season behind the arm of newly acquired ace pitcher and opening day starter David Price. While Price has been somewhat of a journey man over the past couple of seasons, look for his arm and David ‘Big Papi’ Ortiz’s last season in the major leagues to electrify Fenway and carry the Red Sox deep into the postseason.

A potential threat to the Red Sox division run could be baseball’s best offense, the Toronto Blue Jays. If the bats get hot, Josh Donaldson, Jose Batista and Troy Tulowitzki could hit their ways to an American league crown come October.

The Kansas City Royals are the clear favorite in this division, which is no surprise to anyone. Behind the bats of Lorenzo Cain and Kendrys Moraleas, and the arm of Edinson Volquez, the Royals are poised to be in a position to defend their title.

In a showing of sustained growth and success last season, the Houston Astros have finally made their way out of the doldrums of baseball and into the promise land. Behind a plethora of young talent, pitcher Dallas Keuchel and second baseman Jose Altuve look to propel their way into the forefront of American league elites.

The New York Mets have without a doubt the best rotation in baseball — in fact it could be historically good. Noah Syndergaard, Jacob deGrom, Matt Harvey and Bartolo Colon all have the talent to be the first or second starting pitchers in any rotation. While it’s no doubt the Mets are blessed with starting pitchers, the real key to their success this season is their offense. In order to make another World Series run, they will need production from players other than Curtis Granderson and Yoenis Cespedes.

What is perhaps the most stacked division in baseball, the NL Central provides us with three very likely World Series representatives in the Cubs, Pirates and Cardinals. The Cubs are my favorite behind ace Jake Arrieta, third baseman Kris Bryant and newly acquired outfielder Jason Heyward, however, the real question will be if the Cubs can act like they have been there before, as last season was one of the only Cubs’ postseason runs in the past 10 seasons. The Pirates have as good a shot as the Cubs of winning the division and making a deep playoff run behind the consistency of perennial All Star Andrew McCutcheon.

In a weird off season that included NL Cy Young winner Zack Greinke moving from the Dodgers to the Diamondbacks in a free agency move, the NL West is predicted to be one of the most open divisional races this season. While the Dodgers have the most offensive depth and one of the best arms in baseball in Clayton Kershaw, the Giants behind Madison Baumgarner and the Dbacks behind Greinke are very formidable opponents. I do think the Dodgers come away with the pennant, don’t be surprised if the Diamondbacks finally get over the hump and reach the playoffs.