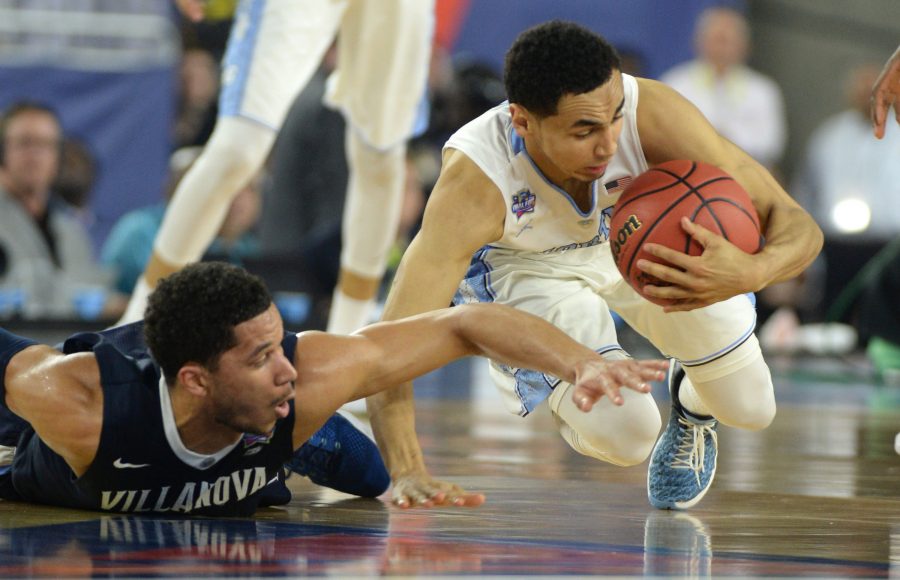 After a lopsided Final Four games and middle rounds that generated little excitement, the title game provided the action to remind fans why its called March Madness.

With 22.3 million people watching at its peak, the game also partially erased the cloud of sanctions that surrounded the Final Four, where Syracuse and UNC faced off.

The former is coming off an NCAA investigation while the latter is in the midst of one.

According to the report by the NCAA’s Committee on Infractions, Syracuse’s violations included “academic misconduct, extra benefits, the failure to follow its drug testing policy and impermissible booster activity.”

And anyone remotely following college sports knows of the academic misconduct of UNC, particularly the fake classes that occurred for almost two decades.

Those violations were a headline going into their Final Four matchup, which UNC won 83-66. The back-and-forth drama of the national championship, culminated by Kris Jenkins national-title-winning, buzzer-beating three-pointer, helped make sure it was not a story after the game.

Even more important, however, was how the Tar Heels acted after the game.

As Colin Cowherd pointed out on his radio show “The Herd,” we don’t know if former Tar Heels attended class, but the current ones acted with class following the game.

“Well, the whole four years means the world to me,” UNC point guard Marcus Paige said at the postgame press conference. “I wouldn’t trade any of the losses, any of the games. It’s hard to say, but even including this one, I wouldn’t trade it for anything.”

With 4.7 seconds left, Paige, with his legs flailing, sank a three-point shot that nearly made him NCAA Tournament royalty.

It would have ensured the legacy that Paige has talked about this season. While his shot will be overshadowed by Jenkins’, his play and the love for UNC he exuded after the game helped the image of the university.

“It’s hard because at some point tonight I have to take this jersey off and I never get to put it back on,” Paige said. “I just have to rely on all the memories I have with my teammates. I’m telling you, this is the most fun year in my entire life.”

So in the  15 minute press conference following its loss, no Tar Heel coach or player had to answer or think about the possible sanctions the NCAA will levy against the university.

“This is a difficult time period as a coach, and the players, ‘cause you fought so hard and you did so much throughout the course of the season to have a chance to win a national championship,” UNC head coach Roy Williams said.

The difficult times are not over for North Carolina, but for 60 minutes on Monday, the college basketball world was reminded of all that is good with the Tar Heel athletics.