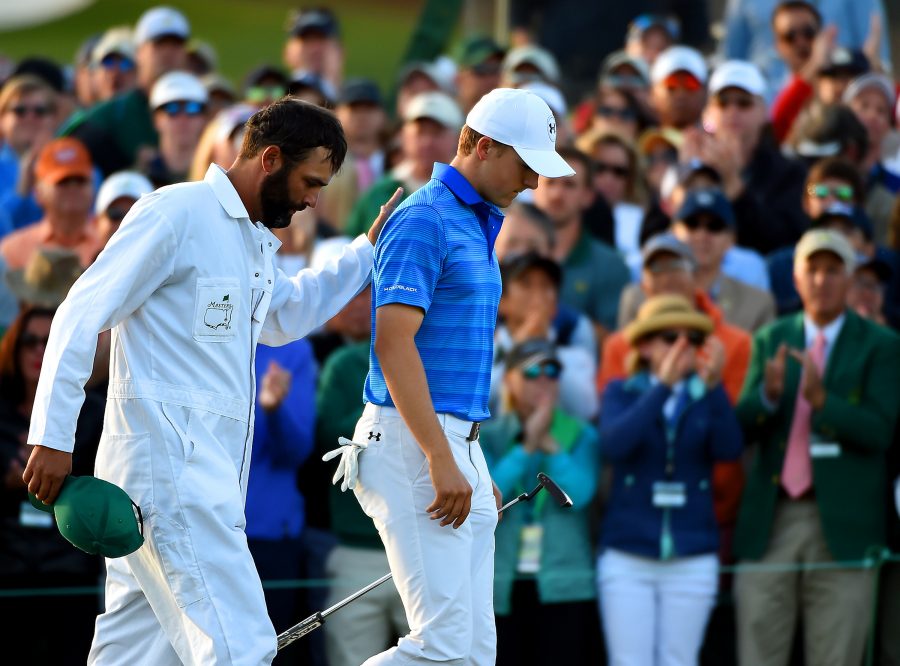 Golf is often considered to be the cruelest game on the face of the earth.

For professionals and amateurs alike the game of golf is unfathomably frustrating, and incredibly painful. Fans are drawn to the sport because of how effortlessly the professionals do something that no one else in the world can.

They hit shots that average and casual golfers could never dream of hitting, and yet, we often forget that these professionals are susceptible to the same nerves and anxieties that we as hack golfers are.

The Masters, held each April in Augusta, Ga. is the most important and most recognized golf tournament in the world.

Its prize, a green jacket, is the crown jewel of the golfing world and the most recognizable trophy in all of sports.

However this year, the pain was so obvious, so apparent, that even the average golf fan couldn’t help but cringe as the Masters conquered yet another golfers chance at history. Twenty-two-year-old Jordan Speith, the defending champion and former number one player in the world, found himself with a five stroke lead as he made the turn to the back nine on Sunday at the Masters.

It seemed clear that the champion of the tournament had been decided and that Speith was going to run away with the tournament for the second consecutive year and become only the fourth individual to ever win back to back Masters championships.

However, nothing in golf is ever certain, and Jordan Speith found this out in the most heartbreaking of fashions.

As Speith stood over his tee shot on the par-three 12th hole, he still maintained a two stroke lead over Danny Willett.

By the time he completed the hole, about 10 minutes later, Speith found himself trailing Willett by three strokes.

In one of the most shocking collapses in the history of golf, Jordan Speith choked away a five-stroke lead in a matter of 35 minutes, and three holes.

Professional golfers and analysts alike were speechless about what had occurred in the final round.

Speith has been a dominant force in the world of golf over the last year thanks mainly to his unbeliavanle performances under massive pressure. He seemed to be an unshakeble force.

That is why Sunday’s collapse was so shocking.

It would have been one thing for an unknown golfer to choke away a green jacket, but for someone like Speith who has already won two Major championships to collapse in the manner he did was absolutely astounding.

Despite the loss, Speith managed to handle himself with grace and dignity after the round.

The Masters is the only sporting event in the world that requires the defending champion to present the victor with his prize, and Speith, moments after blowing a chance at victory, had to twice place the green jacket on Willett.

It will be interesting to see how Speith responds from such an epic collapse over the next few months.

Collapses of the same magnitude of Speith’s have ruined athletes’ careers and while Speith is extremely young and seemingly mentally tough, it is impossible to judge or assume how a player will bounce back.