Eboo Patel to give 2016 Commencement address 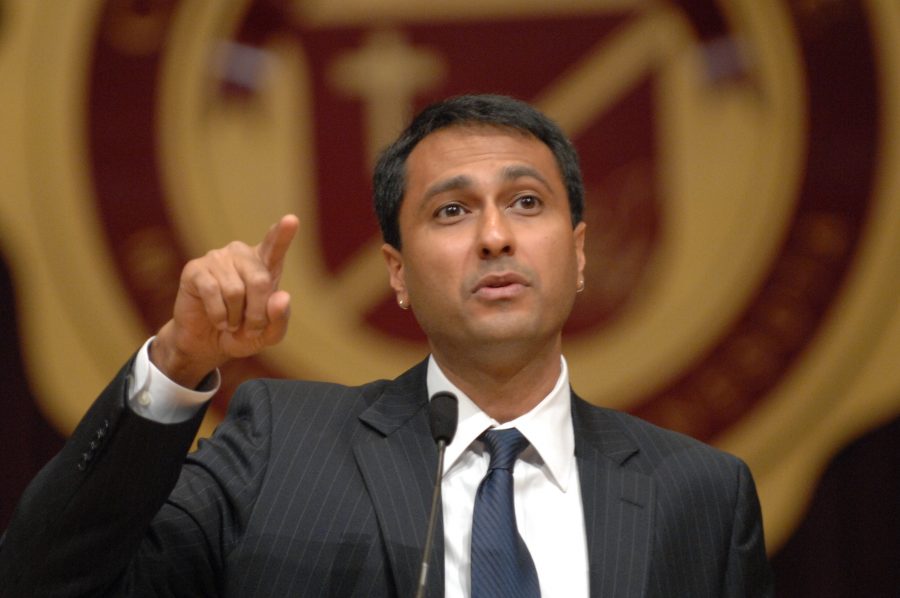 On Friday, April 15, Wake Forest University announced Eboo Patel as the commencement speaker for the graduating class of 2016. The Commencement ceremony will take place on Monday, May 16 at 9 a.m. on Hearn Plaza.

As the founder and president of Interfaith Youth Core, Patel has sparked conversation surrounding interfaith cooperation and using religion as a bridge to community and cooperation. According to the Interfaith Youth Core website, Patel was inspired to build this bridge based on the intersection of his faith as a Muslim, his Indian heritage and his American citizenship.

Patel is the author of two books, “Acts of Faith” and “Sacred Ground,” and received his doctorate in the sociology of religion from Oxford University, where he studied as a Rhodes Scholar.

He has served as a member of President Barack Obama’s inaugural Faith-Based advisory council, which made recommendations to the president and his administration on policies and programs in the field of religion. He also served on the Department of Homeland Security’s Faith-based Advisory Council.

“Eboo Patel is recognized around the world for bridging divisions among people of different faiths,” said President Nathan Hatch in the Office of Communications and External Relations press release. “At a time when so much global conflict is rooted in religious difference and the need for interfaith cooperation is so great, I am pleased he will be Wake Forest’s commencement speaker.”

This is not the first time Patel has visited Wake Forest. He previously spoke at Wake Forest in 2012 as part of the “Voices of Our Time” series.

However, some students have said they are unfamiliar with Patel, expressing dissatisfaction with the administration’s choice.

“I’m excited to hear what he has to say, but I think I speak for myself and a lot of my friends when I say we are a little disappointed –especially given it took the administration so long to reveal,” said senior Alyssa Norton.

Senior Micah James echoed Norton’s lack of knowledge about Patel and his work, but said he thinks this will be a good opportunity to create discussion on campus surrounding interfaith relationships.

“I didn’t know too much about Patel,” James said. “Not a lot of people are talking about interfaith relationship, and I think his presence will be an important thing for a predominantly Christian campus.”

Patel will be joined by another religious scholar, Reverend M. Craig Barnes, the president and professor of pastoral ministry at Princeton Theological Seminary. He has served as a pastor to three congregations, including the National Presbyterian Church in Washington, D.C.

“Rev. Barnes’ ministry, writing and academic leadership reflect his thoughtful and widely informed approach to religious ministry and theological formation that is well suited to changing times,” Hatch said. “He has superbly led large urban congregations and is a wonderful communicator, deeply human and hopeful in his approach and his words.”