Cofounder of CollegeHumor is to speak 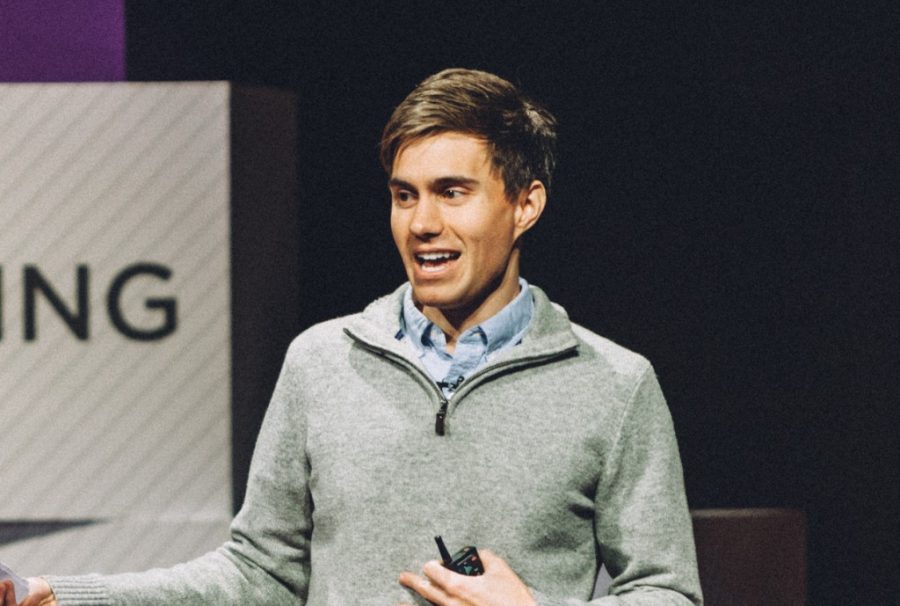 He will be receiving Wake Forest University’s “Excellence in Entrepreneurship” award due to his success as an alumni of the graduating class of 2003.

Additionally, university Provost Rogan Kersh will host an on-stage discussion with Van Veen about entrepreneurship in Farrell Hall at 5:30 p.m. on April 21.

Van Veen created CollegeHumor during his freshman year at Wake Forest and is looking forward to returning and to seeing the university’s advancements in support for entrepreneurial students. In 2005, two years after Van Veen graduated, the Innovation, Creativity & Entrepreneurship program was launched and has since grown to include major and minor opportunities.

“I’m looking forward to hearing about all the progress that Wake [Forest] has made in entrepreneurship and connecting with entrepreneurs that are there now,” Van Veen said. “I loved the experiences that I had there — that weren’t necessarily part of any curriculum — and the different people I met there from different backgrounds. Wake [Forest] gave me the freedom to follow opportunities on my own.”

Today, 13 years since the CollegeHumor brand took off in 1999 from Van Veen’s dorm room, the site averages seven million unique visitors each month, according to data taken from technology company Quantcast.

“I really didn’t expect CollegeHumor to take off and be where it is today. When we started it, we wanted to build a business — but we thought it would just be a small, fun thing to do, something for beer money,” Van Veen said. “It wasn’t until the end of our junior year when we realized that it was something we could live off of. During my senior year, my parter and I really stepped on the gas and decided that it’s what we wanted to do. We were willing to live off of Ramen Noodles and cable T.V., that’s all we needed.”

Van Veen noted the differences in entrepreneurial culture today versus a decade ago, commenting on the prevalence of T.V. show “Sharktank,” which allows individuals to pitch business ideas to investors, as well as the “cliche” nature of starting a business from a dorm room.

“When starting CollegeHumor, I think that we were lucky to have the cushion of being students and being on a meal plan and not having to pay mortgages. I think that college is the best safety net for an entrepreneur that you could imagine,” Van Veen said. “Most college students don’t have the same burdens that a 35 year old living in a city would.”

While studying at Wake Forest, Van Veen took photographs for the university yearbook, The Howler, as well as for the Old Gold & Black.

“I still have memories of taking photos on the floor of the ACC tournament,” Van Veen said. “I think that Wake Forest is the perfect size in that it’s big enough to provide those opportunities — such as having a world class basketball team — but at the same time small enough so that there aren’t always 20 people in line in front of you waiting to take those opportunities. Because of that perfect size, I was able to take opportunities when I was ready for them.”

Van Veen graduated with a degree in management and information systems from the business school. When asked what the most rewarding aspect of his success since has been, he said the connections that people have made because of his company, as well as the impact certain ideas can have once they manifest in the real world.

“When we have company meetings, and I am addressing over 100 people, I recognize that it’s a group of people that may not have found each other if we didn’t start this company. That’s always gratifying,” Van Veen said. “I measure my success in ideas that people react well to, that’s what gives me the most satisfaction.”

When asked what advise he would give to aspiring entrepreneurs, Van Veen said that less-experienced entrepreneurs are more likely to get emotionally attached to ideas, even when they are not working. Additionally, he suggested finding a mentor.