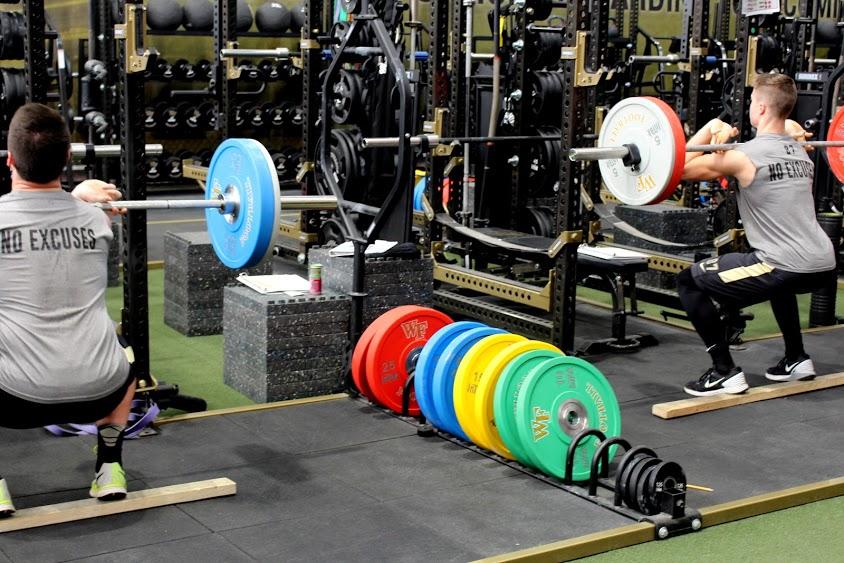 Wake Forest student athlete lifting facilities were temporarily moved from the Manchester Athletic Center to the Sutton Center as the Wake Forest Athletic Department rearranges the functions of its buildings and awaits the opening of its Sports Performance Center.

Student athletes made the transition from the Manchester Athletic Center to the Sutton Center Monday, March 14 and are projected to be practicing in the Sutton Center for about two years until the Sport Performance Center is complete.

The Sports Performance Center, which will be located between the Miller Center and the McCreary Field House, will begin construction in July. However, according to Craig Zakrezewski, the director of equipment services, this timeframe is subject to change based on fundraising and construction.

The athletes and teams that use the Sutton Center as their lifting facility have noticed the differences between the temporary weight room they use now and their past weight room in the Manchester Athletic Center.

“The temporary weight room has all the same equipment as the Manchester weight room, just a lot less,” Heather Wiley of the field hockey team said. “It’s smaller in size for sure and there isn’t much space.”

Steve Michaelsen, of the track and field team, said he has found an appreciation for the smaller size of the Sutton Center as compared to the Manchester Athletic Center.

However, he also said, “If there is more than one team in there [the Sutton Center] at a time, it can be crowded and sometimes dangerous.”

In addition to its smaller footprint, athletes and strength trainers describe the temporary weight room as stoic or dungeon-like, with pipes hanging from the ceiling.

Ethan Reeve, Strength and Conditioning Coordinator, said this moving process has demanded a greater flexibility out of the teams in terms of their availability due to limited space in the Sutton Center.

Although some conflicts have emerged throughout this transition, Reeve stressed the benefits the Wake Forest athletes can receive by working through this type of adversity.

Reeve continued on by saying the temporary placement in the Sutton Center weight room will not impact the athlete’s abilities within games, meets or matches.

“After all, the weights still weigh the same,” Reeve said with a laugh.

While recognizing the temporary inconvenience, Zakrezewski explained the athlete’s time in the Sutton Center is ultimately for the greater good of the Wake Forest Athletic Department.

According to the Wake Will campaign, the Sports Performance Center will house a “state-of-the-art strength and conditioning area,” a designated area for nutrition, as well as offices of coaches and meeting areas.

Student athletes have expressed a mutual understanding of long term benefit. “We know that something even better is coming and we are looking forward to the new weight room when it is finished,” Wiley said.