Kentucky Derby is the biggest race of the year 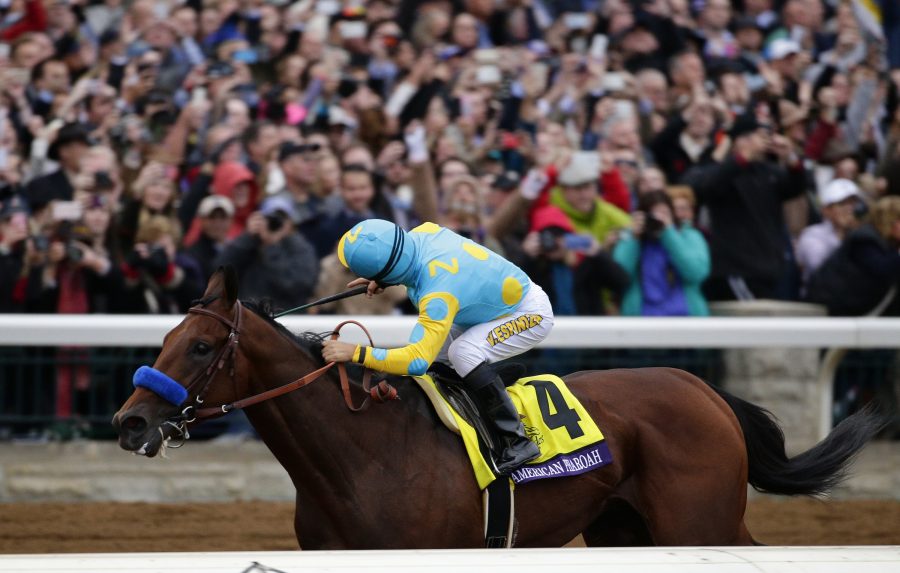 American Pharoah secured its place in sports history, winning the Kentucky Derby, Preakness and Belmont Stakes. While the initial awe of the accomplishment was great for the  sport of horse racing, it will be interesting to see if the interest is still there this year.

On Saturday, May 7, the 2016 Kentucky Derby will once again commence at the storied Churchill Downs in Louisville, Kentucky. Once the tradition of playing ‘My Old Kentucky Home’ is finished, the horses will leave the starting gates for the 142nd time between the famed twin spires.

Only two weeks out from race day, Gun Runner appears to be trending as the current favorite. Gun Runner, trained by Steven Asmussen and ridden by Florent Geroux, has placed first in its last two races of importance at the Louisiana Derby and the Veterans Ford Risen Star Stakes.

Another horse to keep your eyes on is Nyquist. This Kentucky-born colt out of Reddam Racing is trained by Doug O’Neill and riden by Mario Gutierrez. Nyquist has the pedigree and proven history to win this year’s Derby by winning its last seven races — most notably the Florida Derby and Breeder’s Cup — and garnering more than $3 million dollars of stakes earnings.

Exaggerator is a solid pick to place in the top three based off of his pedigree alone. Having been bred from 2007 champion Curlin, and trained and riden by the Desormeaux brothers, this Kentucky-born colt came in first in his last race, impressively winning the prestigious Santa Anita Derby in California on April 9. Grossing over $1,600,000 throughout the course of his young career, Exaggerator is a safe pick in this year’s Kentucky Derby.

If you’re looking for a horse backed by an experienced team to put your money on, look no further than Kentucky Bay Outwork. Coming off an impressive April 9 win at the Wood Memorial Stakes and famed Aqueduct race track, Outwork comes in with an impressive résumé up to this point in his young career.

Trained by world famous Todd Pletcher and ridden by seasoned Derby veteran and champion John Velazquez, Outwork could very well don the garland of roses in the winner’s circle.

A dark horse pick coming into this year’s contest could very well be Creator. Owned by WinStar Farm and trained by Steven Asmussen, Creator has the backing to take the crown between the twin spires on May 7. Coming off of an impressive first place finish at this spring’s Arkansas Derby, Creator will look to surprise fans and pundits alike, especially with his specialty on medium to short tracks.