Wake Forest golf is looking for a national title 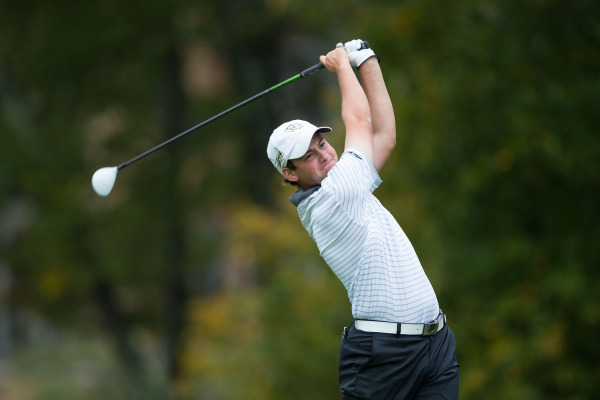 After three rounds of golf in Kannapolis, N.C. last week, the Wake Forest men’s golf team has found its groove as they prepare for the ACC Championships beginning April 22.

It appears that the team’s early season struggles have been figured out as they really appear to be hitting their stride at the perfect moment.

Led by sophomore Will Zalatoris, who was recently named to the U.S. Team for the 2016 Palmer Cup, the team won their fourth title this season at the Irish Creek Collegiate.

Zalatoris, who shot a tournament-low 65 (-6) in his second round, finished the weekend three-under par and tied for second among individual golfers.

Zalatoris’ incredible second round was sandwiched between rounds of 74 (+3) and 71 (par), which helped him to his second consecutive top-ten finish.

This was a great sign for the sophomore as he has improved his individual finishes in each of his last three tournaments; 25th, sixth, and second, respectively.

With regular season play ending after the Irish Creek Collegiate, it appears that Zalatoris has returned to the player he was first semester, before his injury, when he had five individual top 10 finishes.

Behind their sophomore leader, the remainder of the men’s golf team played solid golf and were able to surpass Kennesaw State by four strokes to take sole possession of first place.

Shooting a 71 (par) on all three rounds, was a nice boost for Womble after finishing 19th at the Hootie at Bulls Bay Intercollegiate.

Rounding out the quintet of golfers were sophomore Paul McBride and freshman Cameron Young who both finished six-over par and tied for 24th individually.

Throughout the tournament, only Wake Forest, Kennesaw State and North Carolina had legitimate chances at taking home the title.

After the first round, the Demon Deacons found themselves in second place, trailing Kennesaw State by three strokes, and leading North Carolina by eight strokes.

Thanks to a strong second round led by Zalatoris, the Deacs were able to pull within one stroke of Kennesaw State and hold off a charging North Carolina.

By the end of the third and final round of golf, the Demon Deacons had taken sole possession of first place despite Kennesaw State’s consistent golf and North Carolina’s charge towards the top in the last two rounds.

With the Irish Creek Collegiate behind them, the Demon Deacons have now set their eyes on the playoffs starting with the ACC Championships this week.

With the first place finish last weekend in Kannapolis, this season marks the first time since the 2002-03 season that the Deacs have claimed four regular season titles.  That same year, Wake Forest finished tied for fourth place at the NCAA Championships which was the closest the team has come to winning the NCAA title since 1997 when they were the runner-up.

With momentum on their side, the Demon Deacons hope to continue their success through the ACC Championships and hopefully towards the school’s fourth NCAA title at the end of May.