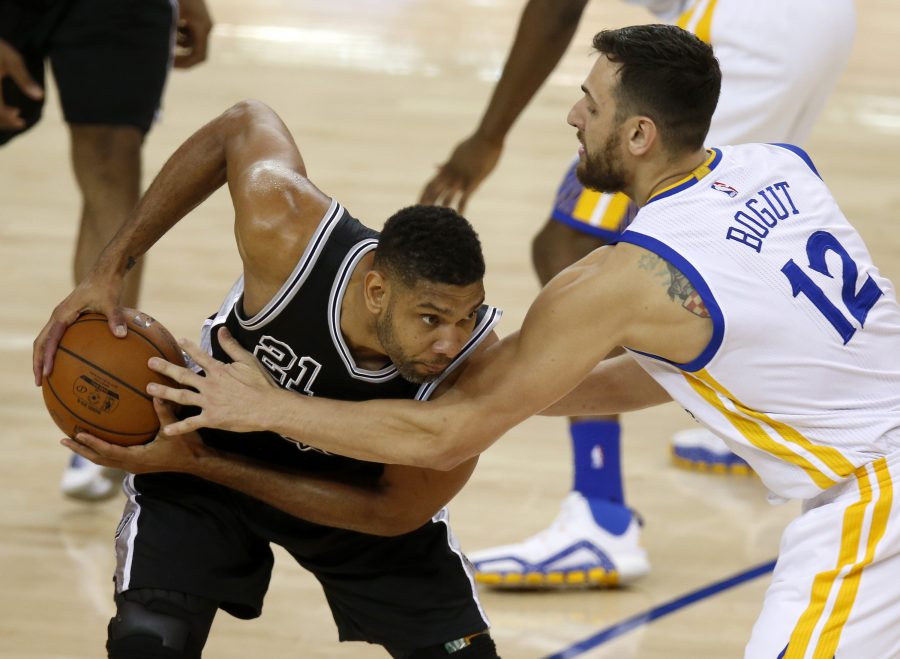 Commissioner Adam Silver and the board of governors announced that the league will allow companies to advertise their logos on NBA jerseys.

This decision was reached last Friday, April 15, and many are referring to it as the day that the NBA sold out.

Interestingly enough this new deal, which is only a trial run, will start in two seasons and will generate nearly $100 million in revenue for the league.

Half of the revenue will go straight to the league, while the other half will go to the teams and the players. As this trend continues to grow in the United States within the minor leagues and in the MLS, the NBA is the first of the four major U.S. sports to put advertisements on game-day jerseys.

There are a lot of pros and cons to this decision, some more evident than others. The pros are simple: with millions of revenue growth for the NBA, the decision was almost a no-brainer. For the companies that are using these jersey spots, it is an easy way to connect with current customers and entice potential customers that are watching the games, but not necessarily the advertisements.

While there is concern that the advertisements will diminish the team name, commissioner Silver points out that the logos will be barely noticeable in the top left portion of the jersey in such a small frame.

The team name, logo and colors will still occupy a majority of the jersey unlike the large brands that dominate the chest portion of many international soccer jerseys.

As a compromise, the jerseys that are sold in retail shops to fans will not include company logos or brands unless the team wishes to have a version with the logo available for purchase. This will give fans the opportunity to wear their team’s colors without carrying around a company brand that they may not necessarily like or agree with.

Though the decision has come with much disapproval, the trial will only run for three years at which point the NBA will reassess the decision.

The problems associated with the decision are piling up. Adam Silver, who said, “We listen very closely to our fans,” is getting an earful of backlash and negative comments toward the advertising decision that will only create $100 million dollars in extra revenue in a league that is projecting to make $7 billion in the 2015-2016 season.

Fans are arguing that the logos take away from the sanctity and appeal that the jersey, city name and team name once had on them.

Another worry of many fans is that NBA owners will look to increase advertising revenue by adding more locations for company logos on the jersey front and back.

This decision would make NBA jerseys look like European basketball jerseys in which the city and team name are barely distinguishable from the many brands that surround it. Another concern for fans is the worry that the NBA may seek to find other areas to include company logos and brands, diminishing other parts of the game.

There are already enough advertisements on the outside of the stadium, the stadium names themselves, within the stadium, on concessions, on the court and the list goes on.

What will one small patch on the front of jerseys really do for company exposure and growth?

Finally, many fans are already fed up with the number of advertisements that are shown between quarters and timeouts, especially in the final two minutes where it seems like timeouts are called every 10 seconds.

With every patch generating about $222,222 per patch on every player, financially it makes sense, but in the grand scheme of things, these patches will only create about 1.5 percent more revenue for the NBA than the expected forecast for next season.

The pilot program will run for three years and the logos will be featured on the new NBA Nike jerseys, it will be interesting to see the impact that these logos truly have on fans, players, owners and companies.