Looking back at an eventful year in Wake Forest sports 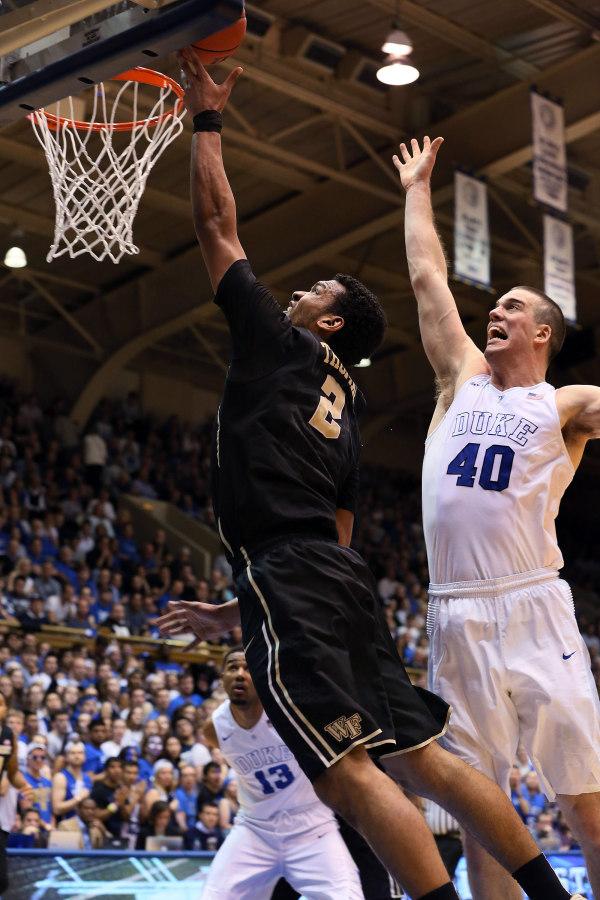 As the academic year comes to a close at Wake Forest, it is important to take a critical look at the state of Demon Deacon athletics as a whole, both revenue and non-revenue sports.

I did not grow up a Wake Forest sports fan, I do not come from a generation’s long list of passionate Demon Deacons who have followed this institution for years.

I became a passionate Demon Deacons fan on the day that my acceptance letter came in the mail, and I have followed the Deacs with a burning passion ever since.

Unfortunately, over my first two years much of this passion has ultimately turned to anger, defeat and disgust in regards to much of the athletics — although there have been moments of exhilaration and excitement, as well.

In the 2015-16 academic year, Wake Forest has excelled on the soccer and field hockey fields, while also having fantastic tennis and golf seasons, which are still ongoing.

The Wake Forest men’s soccer team brought the school together, as students and alumni would cram onto the Hill to support the Deacs. Not only did the Demon Deacons win the regular season ACC title, and receive the number one overall seed in the NCAA tournament, but Wake Forest also led the country in average attendance at its games.

This soccer team was a sparkplug for the students on campus as there was a clear buzz on campus before they played any of their big games.

You could hear cheers coming from their games no matter where you were on campus.

The soccer team’s great success, and the support of the student body showed just ho much Wake Forest students want to support good sports teams, and proved that Wake Forest is still a school that cares about the success of its athletes.

Unfortunaltey, the university’s major revenue sports did not experience the same level of success as some of the smaller sports teams.

The graduating class of 2016 will have successfully completed four years at Wake Forest University without either the basketball or football programs reaching the postseason. In my opinion, this is absolutely unnaceptble for this university.

Every school experiences droughts in regard to sporting success, and Wake Forest is obviously no Alabama or Kentucky; however, there is no excuse for a class to come to and go through Wake Forest without ever experiencing the exhileration of supporting their schools basketball or football programs in the post season.

Steps are clearly being taken to prevent this from happening again, and both programs appear to be headed in the right directions under Danny Manning and Dave Clawson, but next year will truly be a make or break year for both coaches.

While both teams looked better on their respective playing fields this season, neither team was able to improve their record from the 2014-15 season. This coming season will be so important for the trajectory of both programs.

Wake Forest is a beautiful and attractive school to recruits, but at some point the teams must win in order to be able to recruit the talent that will once again make Wake Forest respected as an athletic program.

Both programs need to make big jumps on the field, and I suspect that Deacon fans will be pleased with what they see in the fall.

As a small, academically rigorous private school, Wake Forest faces certain challenges in recruiting and competing that many of its fellow ACC schools do not have to deal with.

However, Wake Forest is a power-five school, and has a fairly prestigious athletic history with certain athletic standards. Every single aspect of this school, from an academic standpoint to a social wellbeing standpoint, to an athletic standpoint is expected to be among the best in the country.

If the athletics of the school are not up to par then the university as a whole is not fully living up to its potential as a well rounded university. Great athletics bring national attention and spotlight to schools, and has a drastic increase on the quantity and quality of applicants interested in a university.

My hope is that Wake Forest does not become complacent and fall into the trap of believing that they cannot create an environment that fosters successful sports programs — Wake Forest can and will win.