Adjusting to life with a roommate 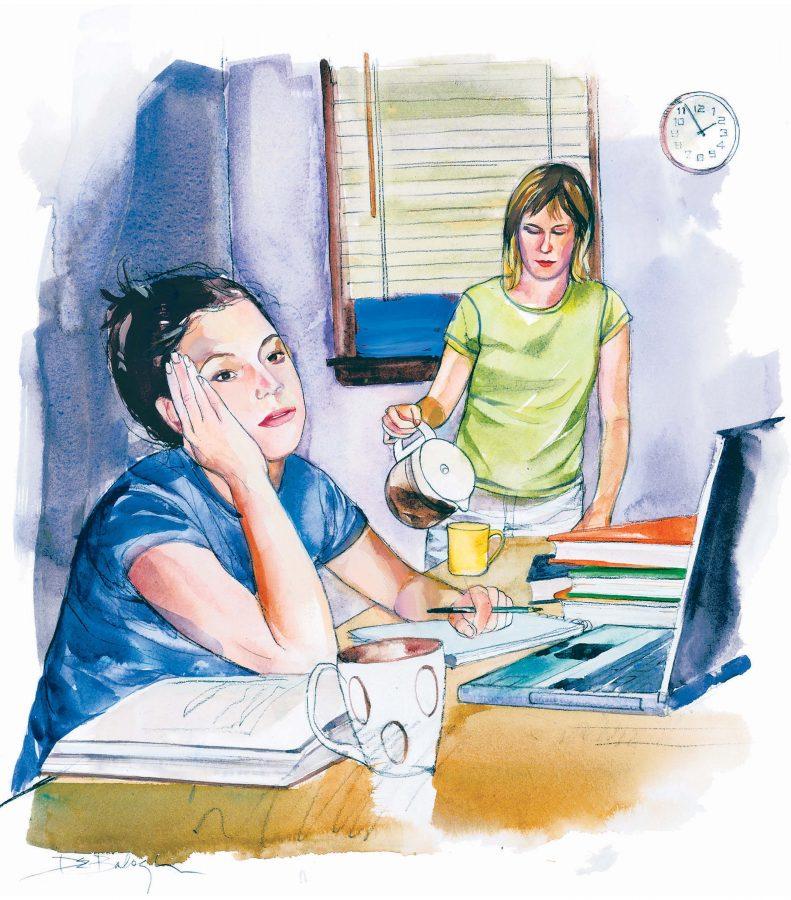 Before beginning college, most people probably have never lived with a roommate except for — in my case, anyway — my dog who slept at my feet.

Unfortunately, unless Residence Life and Housing recently changed the  roommate policy, I’m sorry to say, your roommate will likely not be a dog, so living with someone else will be something you’ll have to get used to.

In all seriousness, living with a roommate is definitely an adjustment. Small habits that you don’t even think about like staying up late or having friends over could be annoying to someone else and potentially cause problems.

On the other hand, you’ll likely discover that small things your roommate does will irritate you, too.

The most important thing when dealing with a roommate is to communicate with each other. Even though this sounds like bad dating advice from Buzzfeed, it is a piece of advice I wish I could give to my freshman self.

Most people are not deliberately out to irritate their roommate, regardless of how  it may feel at the time.

In most cases, they do not do those small annoyances out of spite. In fact, typically one roommate does not even know they are bothering the other.

A lot of the roommate issues I’ve heard about started with small things, but the other person did not say anything and the issue grew.

It’s important to tell your roommate when something is bothering you rather than being passive-aggressive.

With so many other distractions, your roommate might not get the message if you leave passive-aggressive hints, and they may get irritated if you act annoyed but don’t express what’s bothering you.

Everyone goes into college wanting to have a good relationship and avoid arguing with their roommate,  but passive-aggressive hints will not solve the problem.

Another important thing to remember to get along well with your roommate is to be considerate.

Don’t invite friends over to your room without checking with your roommate and especially — write this one down –—don’t “sexile” your roommate.

Also, be sure to talk about “ground rules” when you move in. Decide if you want to share food, the T.V. or the Xbox to avoid conflict later on.

One final piece of advice for living with a roommate for the first time: don’t expect to be best friends with him or her. Sometimes it happens, more often, however, it does not.

At the beginning of the year, before either of you know anyone else, it’s nice that you have someone to hang out with as you’re getting adjusted to life in college. You don’t have to become best friends — you don’t even have to be friends —to be good roommates, so don’t force a friendship if there isn’t one there and don’t be disappointed if you don’t click.

And even it if you do become good friends with your roommate — or others on your hall — try to still put yourself out there to meet others that don’t live with you.

Living in a dorm is an adjustment because you live with the same people 24/7.

You probably will get sick of them occasionally, so it’s important to have friends outside of your dorm.

Don’t feel alone if you’re nervous about sharing a room with someone for the first time; I guarantee everyone feels the same way, and though you hear roommate horror stories, the vast majority of freshman get along just fine with their roommate, and even if you don’t, you can switch after first semester.

Approach this experience with an open mind and try to foster a good relationship with your roommate.

By setting clear expectations from the beginning and being considerate of each other, transitioning into living with a roommate can be relatively seamless.