“Suicide Squad” doesn’t live up to the hype 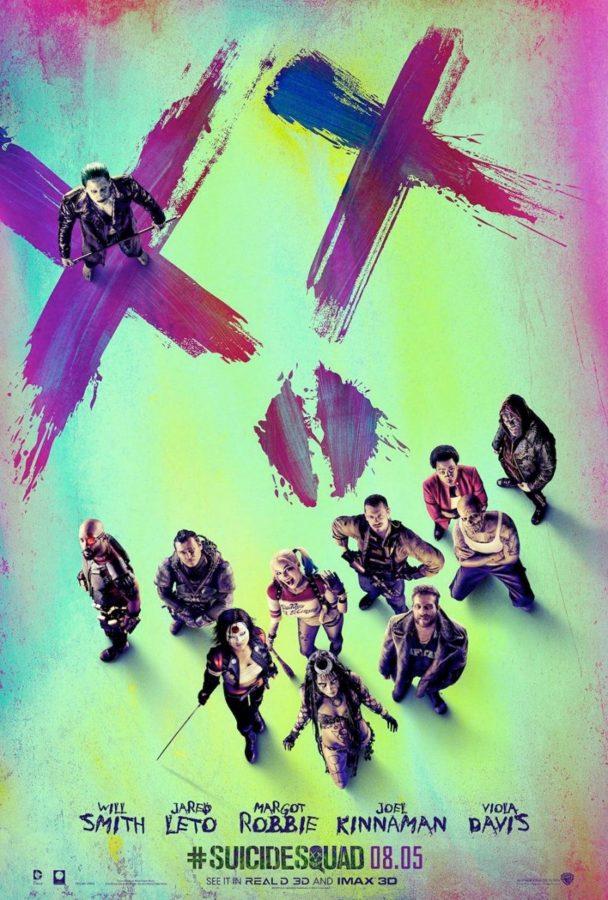 This summer saw a number of big movie releases, and while some went above and beyond expectations, others, like director David Ayer’s “Suicide Squad,” are a little more up in the air.

“Suicide Squad” is a big screen adaptation of the popular DC Comics series. Like the comics, the movie is about a rag-tag band of master criminals plucked out of the fictional Belle Reve Prison by the morally-ambiguous government agent, Amanda Waller, played beautifully by Viola Davis.

The team, dubbed “Task Force X” by Waller and her subordinate Colonel Rick Flag (played by Joel Kinnaman), is created to take out what Waller refers to as “high-stakes” targets of the United States government. As Waller explains her plan to a room full of male generals and officials, the audience is also given backstories on each of the supervillains, including the expert hitman Floyd Lawton (nicknamed Deadshot), played by Will Smith, as well as the former-Arkham psychiatrist-turned-supervillainess Harleen Quinzel, more commonly known as Harley Quinn (played by Margot Robbie).

The real action starts during this meeting when, in order to prove a point, Waller introduces the gathered officials to Dr. June Moon (played by Cara Delevigne), a rather unfortunate and slightly-possessed archaeologist who stumbled upon the tomb of an ancient goddess-figure-spirit that now seeks vengeance upon the modern world for forgetting her and her unnamed brother. I won’t give anything else away, but because of Waller trying to control Moon’s creepy alter ego, Enchantress, the “Suicide Squad” is called into battle.

The film definitely showed a lot of promise, especially with its star-studded cast. I’ve read the comic books and the combination of Smith and Robbie is perfect. Both actors nail their characters, and are, without a doubt, the highlights of the otherwise dark movie. Jared Leto is also terrifyingly well-cast as The Joker, though his role in the film is unclear, except to give what’s supposed to be more depth to Robbie’s Harley Quinn.

“Suicide Squad” definitely satisfies the urge for lots of choreographed violence and explosions, but that’s about the only truly satisfying thing about it.

The plot attempts to be dark and comical all at once — don’t get me wrong, I respect the attempt — but it just tries too hard. Everything also gets totally bogged down trying to juggle the sheer volume of characters. Task Force X is by no means a small team, and the writers throw in a small group of soldiers under Flag’s command, making the whole situation even more confusing.

The writers tried to make up for this by including small snippets of backstory for the characters who weren’t Deadshot, Quinn, Moon and Flag, but they didn’t give enough, and they almost entirely forgot Waller — arguably the most important character. Instead, they gypped most of the cast and focused too much on trying to make the film “Superman vs. Batman”-level epic.

Oh, and then The Joker is just randomly there.

Actually, that’s one of my biggest issues with the movie: the relationship between The Joker and Harley Quinn takes too much of a center stage, as though Quinn is nothing without “Mistah J.” While it’s true that The Joker turned Quinn into what she is today, the movie is about her and her character, not her relationship with her mentally and emotionally-abusive psychopath boyfriend.

Overall, I would give “Suicide Squad” a five out of ten stars, maybe six because Smith, Robbie and Davis were just that good, but it’s definitely something I wish I’d waited to come out on Netflix to watch.