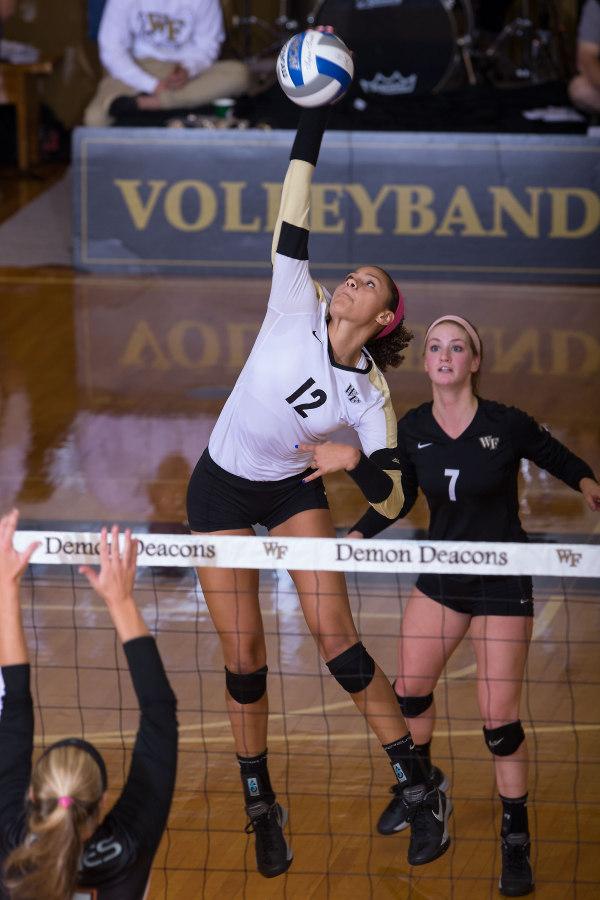 Led by new head coach Bill Ferguson and co-captains Hanna Lee, No. 16, and Caroline Wolf, No. 7, this year’s women’s volleyball team is looking to establish themselves as a competitive force both nationally and in the conference.

After coping with significant changes in the coaching staff and roster, the 12-player squad is working through a series of bumps in order to re-establish themselves as a strong program.

“Our thing we’ve been talking about this season is earning respect,” said senior Hanna Lee. “In the past, we haven’t always been recognized as one of the toughest teams in our conference, so we are looking to change people’s opinions of us, come out strong and redefine how we are seen as a program.”

In addition to changing its reputation, the team has also faced a series of changes in the style of play — both offensively and defensively.

Defensively, the team is changing its blocking tactics with blockers starting inside out, attacking more and taking chances.

Additionally, the back row diggers are positioning themselves further up into the court.

“I have been really impressed with how well the team has dealt with so much change,” Ferguson said. “What we are working on now is molding the old and the new. We are blending the mentality of the older group which is saying ‘no more of this reputation’ and the new crop of the freshmen saying ‘never again.’”

The team has adopted the slogan “#OurWay,” which is Ferguson’s way of defining their new mindset as a cohesive team.

“As a captain, I want to bring the team together to allow us to have team chemistry both on and off the court,” Lee said. “Caroline, my co-captain, is more of the rallier on the court and great at boosting the team morale as we play. Together we hope to have a successful season.”

This Friday, the team will take on the Davidson Wildcats at  LJVM Coliseum. The team will play nine matches at home over the course of the season.

Lee is looking forward to each game, but particularly the games that are in the conference.

“I’m specifically looking forward to the games against our rivals,” she said. “Duke, UNC Chapel Hill and NC State should all be good matches.”

“We are looking forward to all the games this season,” said head coach Bill Ferguson. “It might sound cliché, but every match we have is a way for us to get better and to establish us as a team.”