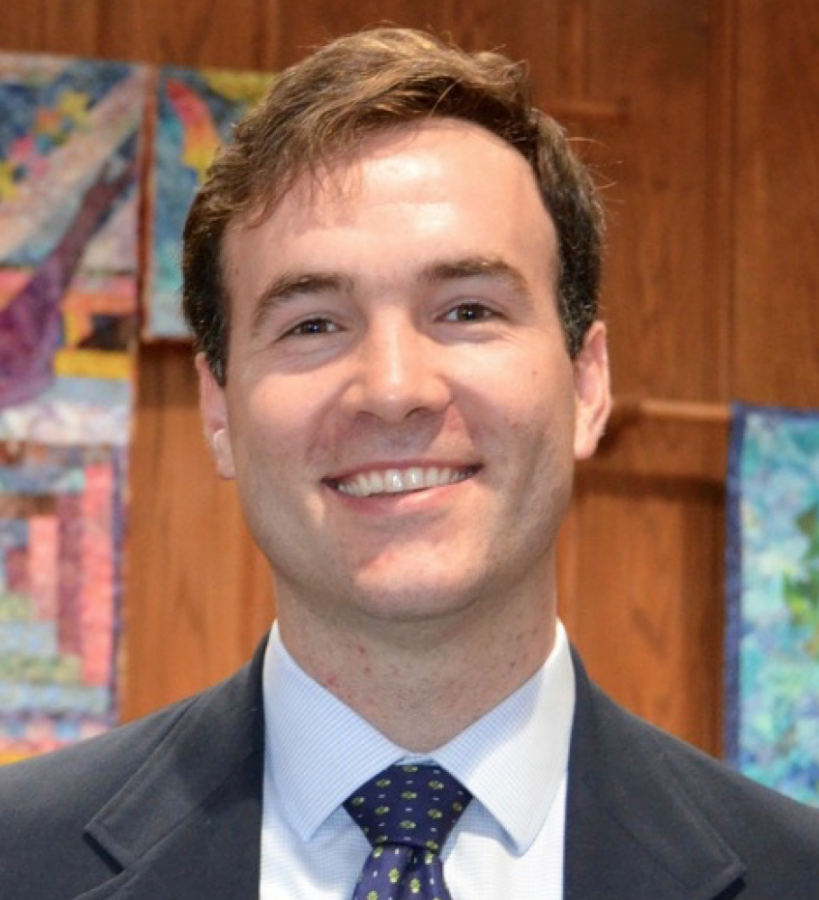 RUF is a national Presbyterian organization with a presence at universities around the country.

How did you first hear about RUF at Wake Forest?

The first time I heard about RUF at Wake Forest was during my freshman year of college at Tulane.

I came back for Christmas break and was talking with some old high school friends. A friend who was a sophomore at Wake Forest had a pretty rough freshman year but said she totally transformed after joining RUF that fall.

Through hearing the gospel and learning about God’s love for her in the midst of her brokenness, she realized it wasn’t about what she did for God, it was about what God had done for her. The news just wrecked her and really freed her. That was the first time I ever heard about RUF.

What did you do before you worked here as the campus minister?

Immediately before working here, I was the associate pastor of City Church in Richmond, Virginia for two years. I graduated from Tulane in 2006 and worked in a church in Charlottesville for a year. I was on staff with a high school ministry there for two years called FOCUS.

Then two years ago, my wife and I were talking about our desire to get involved in student ministry and were encouraged by friends of ours to look into RUF. We got in touch with the area coordinator, and he said we would be a great fit at Wake Forest.

Has the adjustment from serving on staff to leading a staff been difficult?

At the beginning the difficulty was that I was so used to being number two. If I made a mistake, I could kind of hide behind others. At the beginning of the fall, I very quickly realized I had to step up. Overall, I think I was ready. I felt prepared and now I love it.

What exactly are your duties on campus other than leading large group on Tuesday evenings?

I meet with students one-on-one. These students are typically Christians wrestling through their own lives or students who aren’t Christian but are asking Christian questions.

What initiatives do you do on campus to increase awareness about RUF?

We do a handful of events: a back to school cookout, an end of the year cookout, and we hand out snow cones at the activities fair.

But it is really all about word of mouth; students love it and are encouraged to invite their friends.

How is RUF different than the other religious organizations on campus?

One of RUF’s distinct characteristics is that I am ordained and sent by the church to fulfill my ministry straight to the campus.

The cool thing about this is that the Presbyterian Church commissions me to go and do the work of the church, so I am really freed up to go and take whatever shape best fits Wake Forest.

Knowing that Wake Forest is a unique demographic, I have the freedom to figure out what role the church will take on campus.

As RUF is a national collegiate organization, how does the Wake Forest organization connect to chapters at other universities?

As a campus minister I am deeply connected with other campus ministers. We meet twice a year for training. I’ve got guys I’m regularly texting or calling to plan with or just to pray for each other.

In the fall we do a conference with other RUF groups in the area, and in the spring there is a big conference is Panama City Beach with RUFs from around the country.

Talking with students involved in RUF, they all mention you are very invested in your family. How does your family, specifically your wife, help in your position at Wake Forest?

Mary Clarke and I have been married for eight years, our son Leo is 4 and our daughter Mary Landon is 2.

Man, I would be dead in the water without Mary Clarke. I am kind of like a kite just flying around while she is totally anchored to the ground.

She encourages me by sending me here daily to do this work, she prays with me, meets with girls and in the future, will hopefully get to have more of a role as our children get further in school.

She’s just totally in it with me. We always wanted to do ministry together, and now she is as involved as she can be.

What would you say is the overall impact of RUF on the Wake Forest campus?

One thing I love about the students involved in RUF is that they are also involved all around the campus from Greek life, to the Lilting Banshees, to Student Government, to involvement within their majors.

I love that because I think RUF’s impact is that it sets people free to be fully involved in their calling as students.

It sends students out to be friends knowing that they are saved in God’s love.