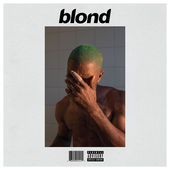 Frank Ocean’s new album entitled “Blonde” is listed as such on Apple Music, but is stylized as “blond” on the cover art.

Devoted fans believe that the use of the masculine ‘blond’ for cover art and feminine ‘blonde’ for the album title points to his bisexuality and the tension between masculinity and femininity — a theme that permeates the entire album.

Because the album’s tracklist consists of songs like “Nikes,” “Ivy” and “White Ferrari,” I feared that Ocean had chosen to speak solely about his wealth and fame on the album, but the song titles are simply representing a few symbols within the song that actually explore personal, political and emotional events in his life.

Ocean has also included a variety of voice recordings and “skits” with music playing in the background which add a richness to the album’s narrative that is often lost in similar albums.

“Blonde” is a beautifully artistic album that can be taken at face value or more deeply explored and enjoyed. It is a perfect album for any listener, regardless of their investment in figuring out all of the references or enjoying it for its sensual quality.

“Blonde” has 17 songs that, when played in order, keep the listener guessing when a new song begins. The album has a seamlessness to it that makes it pleasant to listen to at any time of day. This is arguably the most highly anticipated and best received album released this year.

“Ivy” is an upbeat song with bouncy guitar and a danceable melody. It is a happy song yet it explores the mostly bleak process of growing up and encountering heartbreak and lost friendships. The juxtaposition of the two feelings in the song becomes obvious when Ocean drops his voice lower in parts and switches to a higher octave in others. The chaos at the end of the song attempts to reflect the overwhelming emotions of growing up.

“Nights” is the ninth track on the album and includes rapping by Ocean with an R&B beat and electric guitar. He sings the hook and, to make the song even more diverse, splits it into two parts. The second part of the song also includes rapping and the same hook but takes on an entirely different tone.

“Seigfried” has a beachy, electric guitar component and makes a few obscure references. The title itself may be a nod to a legendary Norse warrior. The song is broken up into a few parts, including singing, rap verses and other changes in the tone of the song. The song successfully showcases the diversity of Ocean’s vocals and lyrics.

“Godspeed” uses a synthsesized organ and other unique sounds to highlight Ocean’s voice in a unique way, reminding listeners of the incredible range of the singer who gave us the lovely falsetto in “Thinkin Bout You.”

Frank Ocean, a passionate activist, rightly uses his fame to direct attention to issues of justice in the United States, featuring André 3000 in the song “Solo [Reprise]” as he sings, “So low that I can admit / When I hear another kid been shot by the po-po it ain’t an event / No more.”

On “Nikes,” the first track, he sings “RIP Trayvon” and references their physical similiarities in distorted vocals. Ocean’s awareness of himself and the social climate of the country is undoubtedly what makes this album so relatable to his fans and new listeners.