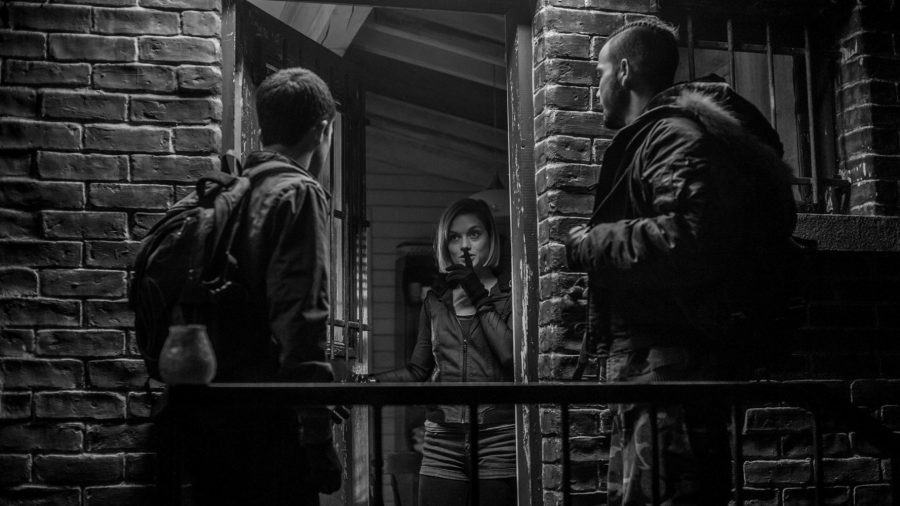 As Halloween is just around the corner, horror and thriller movie season is beginning. This year,  I ventured to see Director Fede Alvarez’s “Don’t Breathe.”

The first scene opens with three house burglars: Rocky (Jane Levy), a girl who dreams of moving to California to escape her abusive home; “Money” (Daniel Zovatto), Rocky’s coercive boyfriend; and Alex (Dylan Minnette), the most level-headed of the three. Alex’s father also owns a security firm (very convenient for a house burglar).

As this unlikely trio is committing a robbery, they are very careful and meticulous, but then Rocky decides to put on the clothes of one of the homeowners and lies down on a bed, presumably wishing she had the life of its  occupant.

This scene marks the first of two major plot holes in the film. In the case of this particular plot hole, I am not sure who is clumsier: the thieves or the film’s writers. The police could have easily found DNA evidence at the scene of the robbery and the robbers would have been arrested promptly.

Shortly after, Money gets a tip that a war veteran has a substantial amount of money stashed in his house that he won in a major cash settlement after the death of his family in a car crash.

The group does surveillance on the home of the veteran via GoPro and decide that the best time to rob the place is when the man is sleeping.  However, while the trio is watching the surveillance tapes in front of the veteran’s house, the man walks out of his home and they discover that he is blind.

Rocky seems hesitant at first to rob a blind man but Money tells her that just because he’s blind and vulnerable doesn’t mean that he is a saint. Money is right to say that the man is not a saint, but wrong in assuming that the old man is vulnerable.

Considering the presently dilapidated state of the horror genre,  this movie did alright.

Once you get past the insufferable dialogue in the first thirty minutes,  the film becomes quite entertaining and suspenseful.

The most notable aspect of this particular film is its experimentation with camera work that adds a darkly comedic tone.

When the trio breaks into the blind man’s home, the audience instantly becomes aware of the camera work as the shots close in and hover over the following objects in a cinematic tour of the veteran’s home:  a sledgehammer, a thermos in a closet, a door bolted from the outside, a washing machine, a T.V. playing an old home video and a revolver under the veteran’s bed, which all come into play throughout the film.

All things considered, I would give this movie six stars out of 10.