Gotta catch ‘em all with the Pokemon Go app 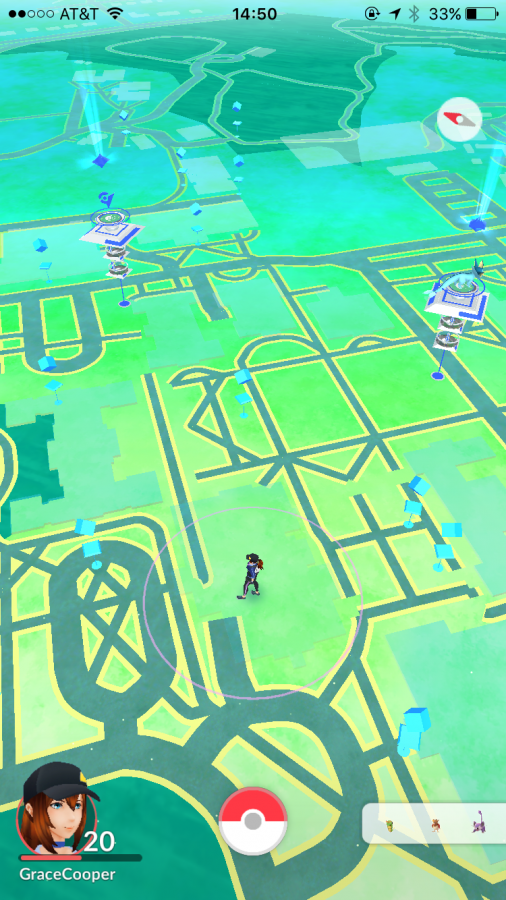 This summer, the world of Pokémon was brought one step closer to reality.

Jumping aboard the wave of 90s and early-2000s nostalgia, Niantic, Inc. released Pokémon Go in mid-July, and it took off immediately.

By now, everyone probably already knows what Pokémon Go is, but for clarification, Pokémon Go is an augmented reality game for mobile devices that allows users to catch, hatch and battle strange creatures called Pokémon. It comes as part of a wave of renewed nostalgia for the millennial generation’s collective childhood, when the original Pokémon games debuted.

As an avid Pokémon trainer myself, I was excited to start playing Pokémon Go because it gave me a chance to connect with my brothers while exploring our town every day after work.

The app’s ability to form connections and relationships between people is a large part of its appeal, since it combines the want for adventure with the desire to, as the original anime used to say, “be the very best like no one ever was.” In short, it forces you to leave your house in order to become stronger and find more Pokémon.

One thing I’ve really enjoyed about it is the friendly rivalry between the three teams — Valor, Mystic and Instinct. It’s fun to find people who are on your team and take down a rival gym together.

The app is also a great way to get your FitBit steps in every day, since you have to walk certain distances to hatch various eggs. Walk your dog, go for a run or just get lost, and not only will you have reached your step goal for the day, but you’ll also hatch an egg or two.

Pokémon Go is not without its bugs, though.

While it seems that Niantic has figured out the server strength necessary to support every player worldwide, I find that my GPS signal gets lost at the most random times — usually when I know there’s a rare Pokémon nearby.

Other users complain about the inaccuracy of the radar, though Niantic claims that it’s currently working on fixing that. In the meantime, only players in the San Francisco area are able to use the radar and trust its accuracy. The rest of us have to hope that there’s more than just a low-level Rattata nearby.

The biggest problem across the board, however, is definitely the battery usage. The constant communication with the satellites and servers is a major drain on your phone’s battery, and you basically have to keep a portable charger with you at all times in order to play.

Glitches aside, Pokémon Go is easily one of the coolest apps I’ve seen in a while. I feel like I’ve made a number of friends back home because of the app, and it provides me with a good conversation starter.

Overall, Pokémon Go is worth looking into, and once you get the hang of it, it’s definitely a lot of fun.