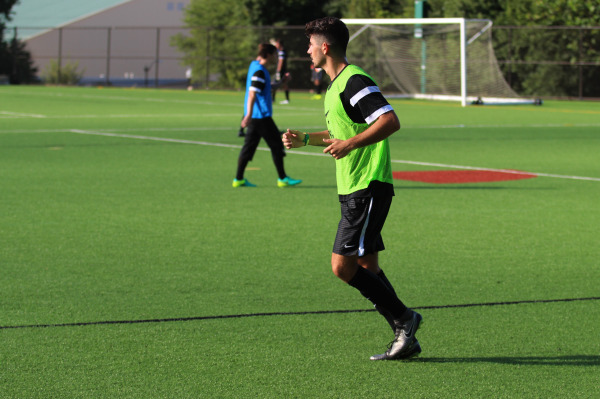 The No. 21-ranked Wake Forest men’s soccer team seems to have established its defensive identity for the 2016-17 season after securing their second straight shutout victory of the year against in-state rival Appalachian State on Tuesday evening at Spry Stadium.

The Deacons scored three goals, with senior midfielder Ian Harkes starting it off with a penalty kick in the 38th minute to give the Deacs a 1-0 lead.

The final two goals were scored in the final five minutes of the contest from senior forward Tane Gent, who notched his first career multi-goal game.

On the defensive side, Wake Forest’s back line appeared to have gelled as a group, as they blanked the Mountaineers, and Wake Forest goalkeeper Grant Bishop did not have to make a single save. Appalachian State was stymied time and time again by the Deacon back line and managed to only fire two shots through the duration of the contest.

The first goal, a penalty kick from Ian Harkes, came after a dominant run of possession by Wake Forest, something that Head Coach Bobby Muuss talked about after the prior game against Cleveland State. “We want to try to push the tempo of the game and push forward,” Coach Muuss said.

The latter two goals, scored by Gent, showcased Wake Forest’s ability to wear down a defense with its ability to move the ball and open up space within the 18-yard box.

In the 85th minute, Gent lifted a ball into the upper left corner off an assist from Ema Twumasi to give Wake Forest an insurance goal. Just five minutes later, Gent tacked on a third goal with only 11.3 seconds remaining in the game, with Steven Echevarria providing service in the form of a low cross across the box. It was Echevarria’s first assist of the year.

The win propelled Wake Forest to 3-1 on the year, and marked the Deac’s third straight win after an ugly 0-1 loss to St. Louis to open the season.

On Saturday, Sept. 3, Wake Forest played host to Cleveland State and came out on top 1-0, in a game in which possession and tempo were both dominated by the Deacs. Coach Muuss expressed his pleasure with the win but made it clear that Wake Forest had more work to do in order to stay elite.

“Each and every one of those guys is happy that we won but maybe not happy with the way we won,” Coach Muuss said. “At the same time, we did enough to win the game 2-0 or 3-0. We made the game a little bit more difficult than needed, but we generated more clear cut chances than we have in our first four games.”

Wake Forest will host ACC rival Virginia in its first ACC game of the year on Saturday, Sept. 10 in Spry Stadium.