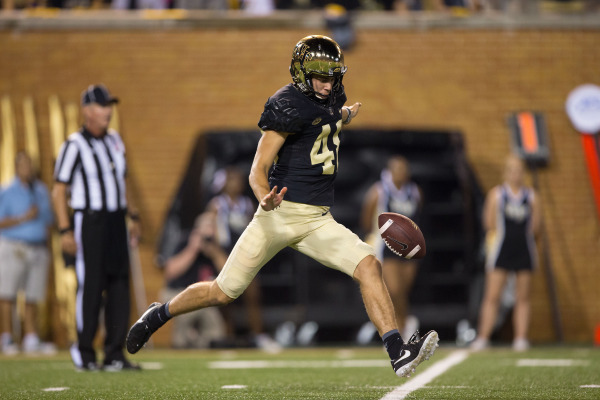 Wake Forest will be 1-0 heading into Durham this Saturday, but the 7-3 win against Tulane last weekend left a lot to be desired on the offensive side of the ball for the Deacons.

“I think it was first game jitters. We had some new guys and it’s the first of the year. The first game is a bit of a different feel,” said redshirt offensive lineman Tyler Hayworth said after the game. “We got to knock pads and get that out of the way and now we need to keep on going.”

Wake Forest finished last season — the second season with Head Coach Dave Clawson — 3-9 and 1-7 in ACC play. Clawson’s programs have historically made large improvements in their third year, and this year’s training camp showed the increased quality of the Deacons. It remains to be seen whether the improvements made in the offseason will translate to the regular season, however.

The opener against Tulane looked like an excellent opportunity for Clawson to display either one of the two starting-caliber quarterbacks on the roster, but the Deacons could only muster one touchdown and 175 yards of offense for the game between sophomore Kendall Hinton and junior John Wolford. Tulane outgained Wake Forest by more than 100 yards on offense, 280-175, but the staunch Deacon defense was able to limit them to just one field goal on two attempts. Wake Forest sacked the Tulane quarterback four times throughout the game, and kept the Deacons in the lead even with the sputtering offense.

Hinton responded by leading a 12-play, 53-yard drive midway through the first half capped off by a 1 yard quarterback run 45 seconds into the second quarter. That would complete the scoring for Wake Forest, as they wouldn’t sacrifice the lead for the rest of the game.

In the fourth quarter, defensive lineman Chris Stewart blocked a Tulane field goal that would have made the score 7-6.

Wake Forest will play at Duke next Saturday to open up their ACC schedule.