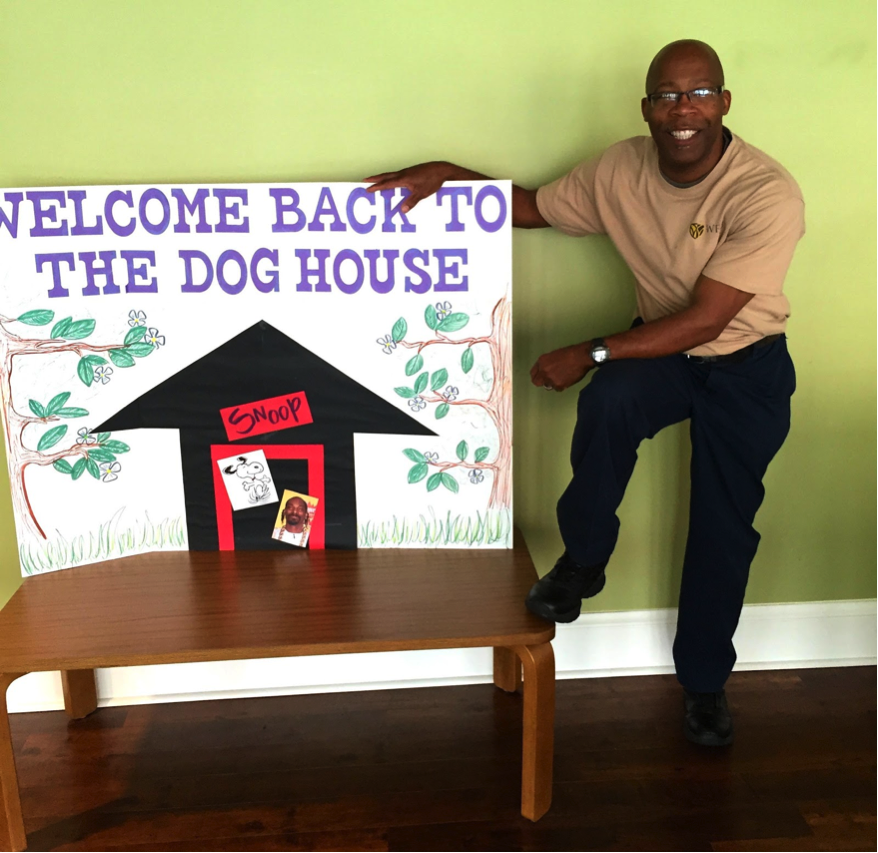 Ernest Milliner is exactly that, earnest.

As many students will attest, he is one of the friendliest people on this campus.

Having worked as a janitor on the Wake Forest campus for three years, Milliner, 57, knows a decent number of students here. One of these students is sophomore Betsy Mann, who lives in Dogwood where Milliner works.

“The first time I met Ernest, he stopped me saying, ‘Hey! Look at those dimples,’” Mann said. “He asked about my time at Wake Forest, and by the end of our conversation he said, ‘I’m Ernest, because I’m earnest.’”

When you speak to students, you often say that you were called to this job. Why do you feel that way?

I have resided in Winston-Salem for about 14 years. I never thought in a million years I would accept a position here. I was picking up my grand-kids from school when I received a phone call that out of 300 applicants, I got my position.

I am a custodian, but I’m a different kind of custodian. It doesn’t matter what one’s profession, ethnicity or culture is when you know your purpose. Mine involves people, and I have a good handle on my purpose here. I just really love being here.

As your job clearly influences you in a positive way, how does your family play a similar role?

I have four boys and one girl. She’s tough, a real smart girl. My boys are athletic. I’ve been married for 30 years, and my wife has this certain patience; it takes a lot for things to get under her skin. She’s been a tremendous blessing for me.

Students have mentioned you are writing a book. Can you tell me about that?

I’ve been thinking about this book for a while, maybe three years. I had been doing custodial work for close to 25 years, and I finally did some research on it.

The name “janitor” comes from the Greek God named Janus, a god that has two faces. One of the faces looks to the future and the other looks to the past. Janitors were doorkeepers, but once they added more responsibility, it began to demean that position.

When looking at the ancient culture of shepherds, they are equivalent to janitors. Also called doorkeepers, the shepherds watched the animals and cleaned up the mess. No one wanted to be a shepherd. But, in a metaphorical sense, they are pastors.

After you learned more about this history of the profession, what did you decide to do next?

I was sitting in my first training session, and it was like a light came on. I wrote out about 10 chapter ideas and three topics: God’s plan for custodians, a devotion for custodians and what you should know about custodians.

I finally settled on God’s plan for custodians.

The book deals with purpose. Custodian may be what you do, but it’s not who you are. What I saw was that sometimes society demeans a person for their position.

You have keys, which symbolize authority and responsibility, to open and let people in.

Sometimes God will give you keys to unlock people’s hearts: a smile, a hug, a word.

You use those keys to unlock hard, frustrated and depressed hearts. You have the authority to change the atmosphere.

So, you mentioned that society often degrades custodians. Do you think that happens to the employees at Wake Forest?

No, Wake Forest students are amazing. A few years ago, I was working at a school in another county. They would say things like “Hey janitor!” They were sarcastic; it was demeaning.

They were calling me by what I do and not what I am. My job is by choice, and it’s more than cleaning the commode, because instead we are “preventers.” We prevent diseases.

The reason why I take that so seriously is because I had a son. He died at the age of 18 months. He caught spinal meningitis. I was in church, getting ready to minister, and he was in the congregation with my mother-in-law.

They rushed in the office and said ‘Baby gone!’ He died right in the front row of the church, right here in Winston-Salem. I wish I had a picture of him, my beautiful baby.

Is there anything that I haven’t asked you that you want the student body to know?

We live in a world where we see many things, and I know I can’t help everybody, but sometimes I’m burdened by racism and hatred. Those are the negative things, but there are also good things, encouraging things. I want to make a change in somebody’s life, even if it is just one.