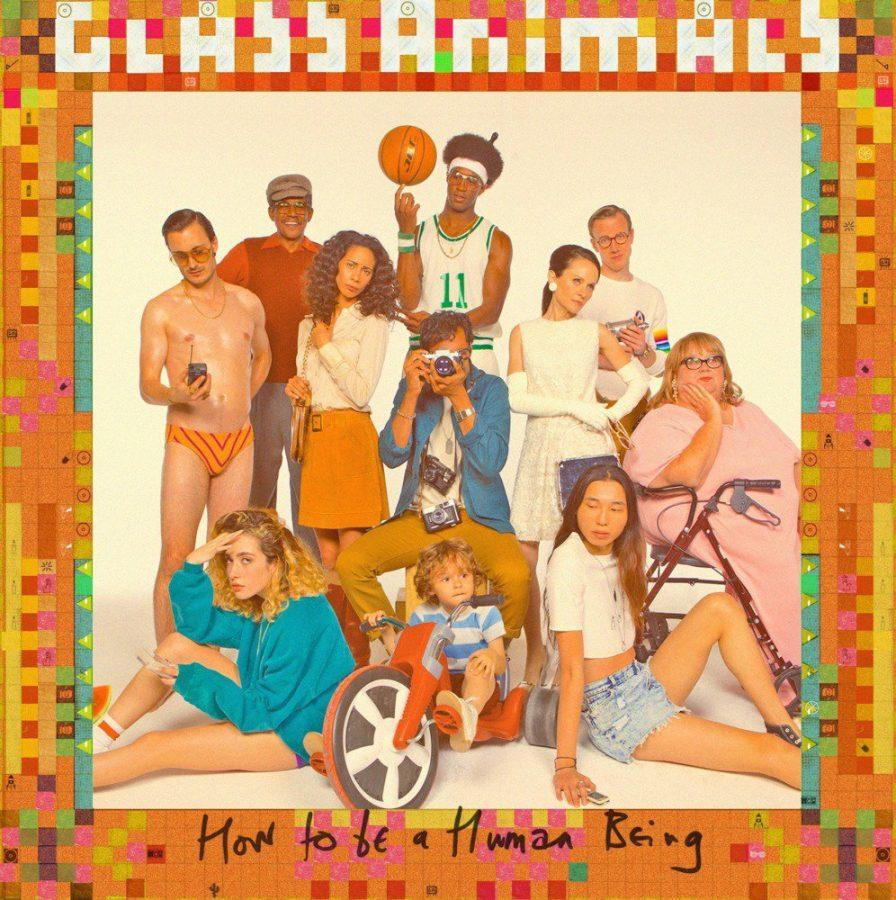 After the success of their 2014 album “Zaba,” the Oxford-based Glass Animals have spent the past few years touring internationally, wowing festival crowds and collecting stories of those they meet along the way.

Their debut showcased a carefully honed balance of dark groove and inventive lyrics that lent itself to a cohesive and unique, but almost insular, sound. Instead of falling back into these old patterns, the band used their touring adventures to formulate a new, more expansive concept for their sophomore effort.

The resulting “How To Be A Human Being” is not so different from what the name suggests: a how-to guide for empathy, communicated through a series of vignettes from the perspective of the individuals they encountered in the past three years.

The opening track “Life Itself” tells the first-person story of a hapless nerd living with rose-colored glasses; “Season 2, Episode 3” details the life of an endearing stoner girlfriend; the album’s closer “Agnes” is a somber elegy to a drug-tainted love affair.

While this psychological examination in pursuit of empathy may seem high-concept in the abstract, the album communicates its message with charming subtlety.

The band always sounds like they are enjoying making the music, giving us their own sunny and sexy insight into the lives of characters as they drift in and out of the album.

This inclusive subject matter also reveals itself in the sound of the tracks. Glass Animals’ underlying visceral lyrics and funky beats from “Zaba” remain, as each track takes on sensual details and sounds in its storytelling.

Whereas other influences only revealed themselves in slight tremors on “Zaba,” hip-hop rhythms and synth-pop hooks are unapologetic in their appearances in “How To Be A Human Being.”

Admittedly, the album is a less cohesive listen than its predecessor and more eclectic both in subject and sound.

If it is more disjointed, however, it is so for the pursuit of broader, more exploratory horizons.