Moviegoers will fall in love with Kubo 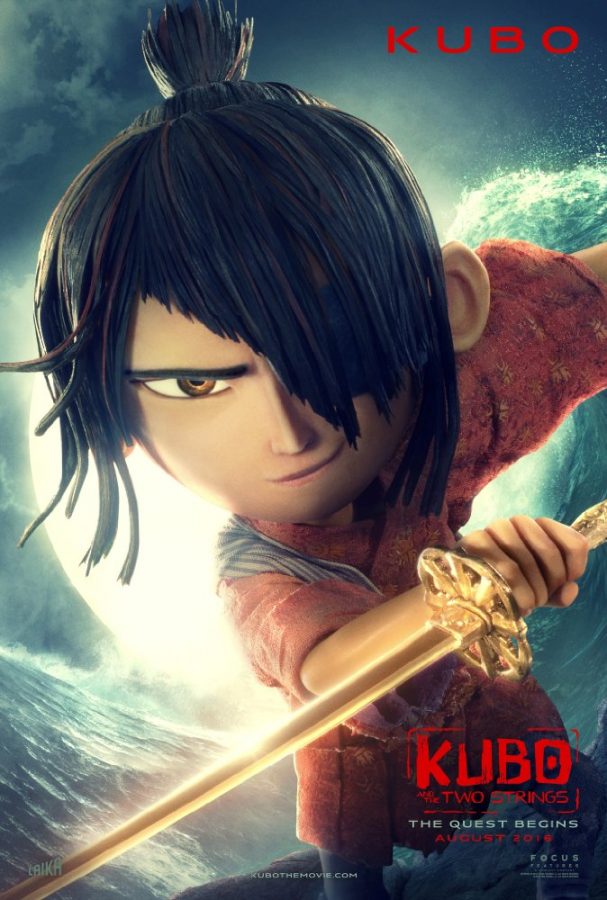 New film “Kubo and the Two Strings” explores family, sacrifice, grief and hope  through its beautiful animation and score.

From the haunting opening scene of “Kubo and the Two Strings” in which baby Kubo and his mother are traveling across a vast ocean in the midst of a terrifying storm, it’s obvious that it is no ordinary children’s film.

This is not surprising, considering the film is the latest offering from Laika Studios, a company known for its dark and occasionally disturbing animated films using stop-motion methods, such as “Coraline” (2009) and “ParaNorman” (2012.) Indeed, “Kubo and the Two Strings” is often unsettling and even scary, but it is also whimsical and overwhelmingly beautiful in more ways than one.

The title character, Kubo, a precocious 11-year-old, takes care of his mother who suffers from an ailing mind as a result of a traumatic brain injury caused by the storm. During the day, he entertains villagers with his origami characters brought to life by playing his mother’s magical three-stringed samisen, a traditional Japanese instrument. When he forgets to heed his mother’s warnings, he is attacked by the people who killed his father. Kubo is swept off into a quest to find three pieces of armor that will protect him from his cruel, hateful grandfather, the immortal moon king, with only a monkey and a beetle to assist him.

“Kubo and the Two Strings” is both surreal and yet achingly familiar. It is longing, sweeping, intimate and joyful yet deeply melancholic. Director Travis Knight has taken the quintessential hero’s story and molded it into a story that is truly original in its execution.

Although stop-motion animation is utilized, the images never seem choppy or disconnected. The transitions are gorgeous, showing vast expanses of autumnal orange wheat fields, turbulent oceans, snow covered hills and forests abounding in wildlife. The original score goes with the setting and the mood of the film beautifully, increasing the efficacy of the emotional moments and the beauty of the animation.

The film is epic in its scale but does not neglect its characters. Kubo and his mother are particularly well-constructed, adding a dimension of depth and intimacy to the film. Although the plot twists are somewhat predictable, they are sincere and fitting for the story and the mood of the film. The ending is poignant with a moving display of humanity and compassion. Kubo never tries to do too much or say too much, which advances the themes of sacrifice, family and the immortal power of memory to resonate without feeling staged or forced. Grief and hope are combined to paint a realistic picture of loss and its consequences, but the movie never seems to wallow in its sorrow. Although marketed as a children’s film, teenagers and adults will find much in “Kubo and the Two Strings” to enjoy and to think about.

The one major problem with “Kubo and the Two Strings” is its casting. Although set in a mythical version of ancient Japan, all of the main voice actors are white. One could argue that this doesn’t matter given that the actors are not seen, only heard, but a movie that draws so heavily on a given culture should do all it can to accurately represent that culture.

Aside from the controversial casting decisions, “Kubo and the Two Strings” is an incredibly powerful film that wonders, entertains and affects. It is not just the best animated movie of the year; it is one of the best of the past decade — artfully crafted and lovingly told.