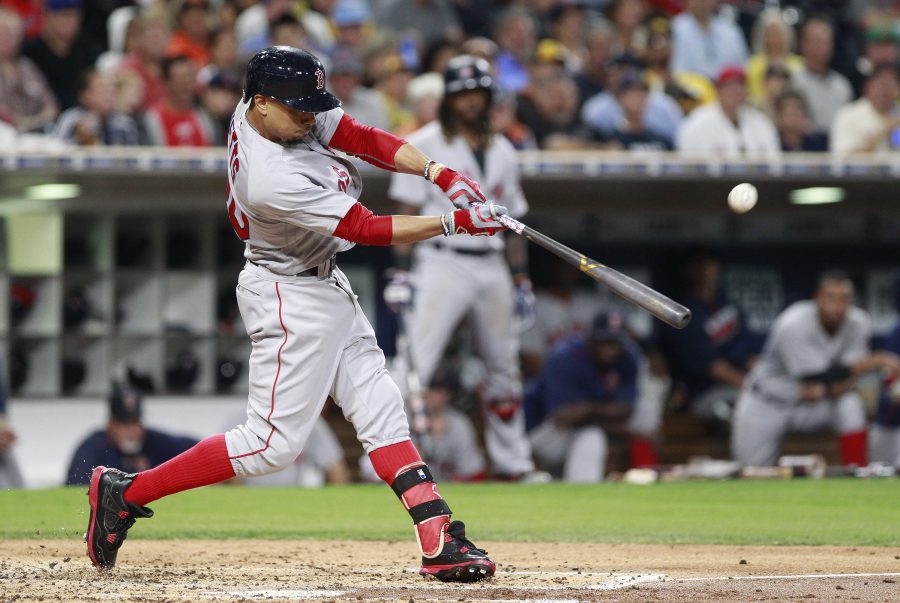 For baseball fans, there is no time of year quite as thrilling as October.

As the regular season winds down, there are still a number of uncertainties regarding which teams baseball fans will be watching in the playoffs, so analyzing the teams who are vying for a postseason berth is necessary.

The Dodgers have all but clinched the NL West title. The Dodgers have held the lead since regaining it in the middle of August, and Clayton Kershaw returned on Sept. 9 from his long DL stint. In his most recent start, Kershaw posted 6 IP and 0 ER and allowed only three hits. The question for L.A. will be if LHP Rich Hill, who was acquired from the A’s and has posted a 2.06 ERA in limited time and Kenta Maeda, with a 3.24 ERA, can effectively follow Kershaw in the postseason rotation. It is also worth noting that SS Corey Seager is having a remarkable rookie year, as he has posted a .313 BA and a .894 OPS.

Bottom Line: The Dodgers lack the rotation depth to compete with other NL contenders.

This division has essentially belonged to the Cubs since April. They are on track for an MLB-best with 102 wins, and they maintain the MLB’s lowest team ERA and its third-highest offensive run total. Starting pitchers Kyle Hendricks, Jake Arietta and Jon Lester are all in the top 10 for ERA across both leagues, and 3B Kris Bryant, in his second season, holds an oWAR (offensive wins above replacement) of 6.2 with 37 HRs and 96 RBIs.

Bottom Line: If they can avoid untimely strikeouts, this line-up and pitching staff have all the tools to win the NL pennant. They should hope that the Cardinals win the wild card spot, as the Mets and Giants both have strong rotations and would be tougher NLDS opponents.

The Nationals will represent the NL East in the postseason, due in no small part to the remarkable success of 2B Daniel Murphy. Murphy, who flashed serious power in the 2015 postseason with the Mets, has an astounding .348 average, 25 HRs and 104 RBIs. Max Scherzer holds a 5.18 K/BB ratio, which is the highest in the NL. Stephen Strasburg’s future this season is still a mystery, but Tanner Roark’s 2.75 ERA gives the team confidence in their rotation.

Bottom Line: This is a scary lineup already, and if right fielder Bryce Harper finds his stroke, they will be tough to slow down. Scherzer and Roark also seem poised to succeed in October, and the Nationals could be Chicago’s biggest threat to NL supremacy.

The Mets hold the first spot. Syndergaard is the likely wild card starter, and his 98 mph average fastball velocity leads baseball. Their team ERA is third in baseball, but their offense has produced the second-fewest runs.

The Giants are tied for the second spot. Bumgarner would start the wild card game, and he appears to be in top form after a seven-inning one-hitter against the Dodgers in his most recent start. Hunter Pence also has returned to the lineup and has hit .333 in September.

The Cardinals are tied for the second spot. St. Louis always finds a way to manufacture key runs despite limited run-scoring, (20th in runs this year, 25th last year) but their “ace,” Carlos Martinez, does not quite match up to those of the other wild card contenders, despite a solid 3.16 ERA.

The Rangers have locked up their division, and 3B Adrian Beltre is still the clear leader of this team. His 2016 numbers, 30 homers and a 5.1 WAR (wins above replacement), mark a return to the form he displayed in his very successful 2012-13 seasons. Also, the 1-2 punch of starters Cole Hamels and Yu Darvish, who have solid (albeit slightly underwhelming) numbers this season, has the potential to be one the best in AL postseason baseball.

Bottom Line: If Darvish and Hamels both reach their peak form, the Rangers will look like true contenders.

Contrary to the opinions of preseason detractors and in spite of a difficult division, the Cleveland Indians control the AL Central. Francisco Lindor, a three-hole hitter, has a .310 BA, 72 RBIs, and a dWAR (defensive wins above replacement) of 2.53 which ranks in baseball’s top five. Corey Kluber, the Indians’ ace, holds an impressive 3.12 ERA and an AL-best 9.45 K/9.

Bottom Line: While this would be an excellent story, the Indians lack postseason experience, so it would be surprising for them to make it past the NLDS.

The Red Sox were locked in a tight race with the Blue Jays and Orioles until very recently, and it now seems that the AL East is their division. DH David Ortiz has posted 35 HRs which ties him for the most by a player in his final season, and his 1.034 OPS leads the MLB. RF Mookie Betts’ 8.68 WAR trails only Mike Trout, and their offense leads all of baseball in runs. Rick Porcello will likely hold the top rotation spot, as he has a team-high 3.08 ERA.

Bottom Line: This is the team to beat in the AL. Their offense is unrivaled, and if they can get solid starts out of Price and Porcello, they will play in the World Series.

The Orioles are tied for the first spot. Baltimore leads the MLB in homers with Mark Trumbo’s 41 topping the team, but they lack a strong starter to pitch their wild card game (Chris Tillman, owner of a 3.72 ERA, is the likely choice.)

The Blue Jays are tied for the first spot. Encarnacion and Donaldson have 41 and 34 home runs respectively, and their likely wild card starter, Aaron Sanchez, owns a QS percentage (quality start percentage) of 74.1, which is the fourth highest in the AL.

The Tigers (2.5 GB) Justin Verlander would be the strongest wild card starter in the AL, as he holds a 2.11 ERA after the all-star break, and Miggy is quietly hitting .308 with 33 HRs, but Detroit’s odds are dwindling.