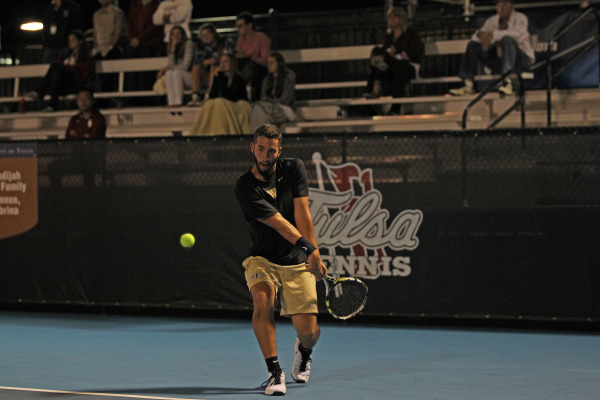 Coming off of an ACC Championship is always a tough act to follow, but in the case of the Wake Forest men’s tennis team, head coach Tony Bresky thinks that his guys are ready for the challenge.

The team had a record-setting year last year in many areas. What are the expectations of the team this year?

Hopefully our expectation is to exceed our success from last year. We had a good year, but I think the guys have come back hungry and are looking for more. We had a great run in the ACC tournament, but, having said that, I think the guys are not as pleased with their performance in the NCAA Tournament.

How hard is it to manage lineups with such depth?

That’s always the case when you have a really strong team. I think that’s what the summer and fall are used for, to kind of see who’s playing their best and who is able to get strong results. That puts them in position to move up or down in the lineup.

What changes in the lineup can we expect to see?

We lost two guys in Jon Ho and Romain Bogaerts who were two middle-of-the-lineup guys and two seniors with a lot of experience. Those guys were tough to replace, but I think we’ve brought in a talented recruiting class, starting with the guys we have on campus right now: Sean Hill and Charlie Parry.

This is in addition to another great player we have joining us in January, named Alex Lazaroth. We had some really strong bench play last year from guys like Maksim Kan, a senior this year who’s nationally ranked for the fourth year in a row.

Alan Gadjiev, a guy we red-shirted last year, had a really strong summer. We’re going to have a lot of depth, and I anticipate all of those guys fighting for a spot, along with the return of the guys we already had in the lineup. It’s going to be interesting to see how it pans out.

The team had a couple of stellar freshmen last year. Have they improved?

That’s always the hope and goal: for the guys that return as sophomores to be a little bit better. Petros obviously had a great year in his own right. He made the quarterfinal of NCAAs, was ACC Rookie of the Year, Carolina region Rookie of the Year and probably should have been NCAA Rookie of the Year. We’re looking for him to make another jump along those lines, and he’s going to be a top five player in the country.

Combine Petros with Scander and I think that gives us two of the top five — at worst two of the top 10 — in the country. Dennis, who also had a great finish to the season, is looking to move up more in the lineup and make an impact this year. I know he’d like to get nationally ranked and compete in more NCAA tournaments, and so I’m expecting that from him.

What areas are the team looking to tune up right now?

I think that’s totally different for each guy. Right now, it’s a combination of fitness. We are just starting a fitness block week. That’s a big area that we try to strive for and improve as the season progresses. Each guy is different, working on their serves and their footwork to their ground serve moving forward, so that’s why we end up doing a lot of individual work. We keep score in the team format but it’s such an individual sport.