Take a chance on a digital romance 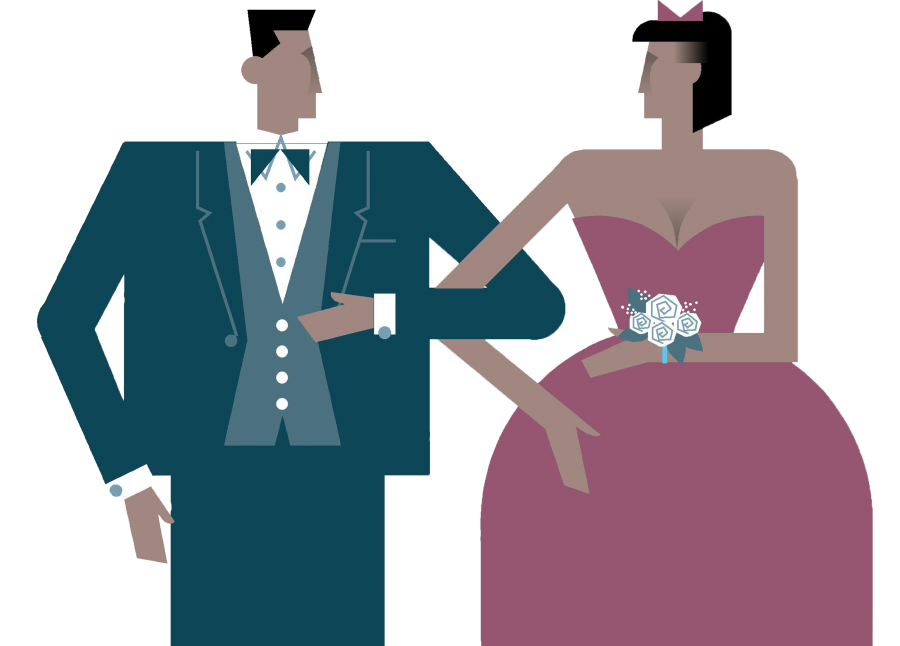 Of the 26 weddings scheduled for Hinson to shoot this season, over half of the couples began their journey with the click of a mouse. According to “Vanity Fair,” a recent report showed nearly 100 million Americans currently use online dating services. No longer taboo, today online dating accounts for one in every five new relationships and one in every six marriages.

“In terms of using online dating to actually find a long-term relationship, it’s certainly not a miracle cure,” says Dr. Phillip Bratten, a practicing clinical psychologist in Winston-Salem, North Carolina. “But it has potential to match someone up with his or her lifelong partner.”

Since 2013, the amount of 18-to-24-year-olds who signed up for online dating services has almost tripled from 10 percent to 27 percent.

The increased prevalence of online dating has lessened the negative stigma, and the majority of millennial Americans consider online dating as a credible method to meet someone new.

“The couples I work with are always excited to share with me that they met online,” Hinson said. “Two years ago, I would have assumed that people would find me desperate for meeting my husband online. Now, more people my age are doing it, and views have completely changed.”

A survey conducted by the Bureau of Labor Statistics determined Americans spend an average of 8.7 hours at work each day, leaving little time and energy for drinks with a handsome stranger in the evening. Alternatively, online dating users are able to chat with multiple partners at once from the comfort of their own bed. Donning a robe and fuzzy slippers, users spend an average of 22 minutes each time he or she logs onto a preferred online dating site, ultimately investing an average of 12 hours a week engaged in online dating activity.

Whether you’re at a spin class, grabbing your morning bagel and schmear or clocking in another day at work, routine schedules often limit varied interactions. Because you see similar faces on a daily basis, it takes more effort to go outside of your comfort zone to meet someone new. Proximity to others limits dating pools, and social networking has made it easier than ever to connect with individuals living miles away.

In a technology age, millennials take refuge behind iPhone screens rather than meeting someone in a local coffee shop. If a match does decide to meet, studies show it takes men only 15 minutes to decide if he’s interested. A woman, however, needs an average of one hour to ponder whether she would like to pursue a relationship. The cyber “prescreening” of partners alleviates the pick-up line jitters that previous generations painfully endured. Anonymity emboldens users to speak their mind, even if they wouldn’t have the same confidence in person.

“With online dating, there’s generally a low expectation in a first meeting,” Bratten said. “It lowers the risk and pain of rejection. That’s a clear phenomena in relationship seeking; no one wants to put themselves out there and risk rejection.”

Crossing campus with heads bowed, fingers flying and eyes glued to their phone screens, college students are constantly plugged into their favorite social networks. Each year new online dating websites and smartphone apps are introduced to the market with the hopes of playing Cupid to the 44 percent of single Americans searching for their soul mate.

But hopeless romantics look no further. Companies like CoffeeMeetsBagel, okCupid and Bumble use different interfaces and algorithms to simplify the process. Whether you prefer filling out a 400-question survey on eHarmony or simply enjoy swiping through myriad profiles pictures, online dating is more versatile than ever.

“As online dating grows in popularity, companies will continue to develop better algorithms and fine tune their systems to satisfy their clientele,” Bratten says.

Despite the revolution of online dating, Tinder still combats a negative stigma of being a “hookup app.” “Vanity Fair” refers to this loss of intimacy as the “Dating Apocalypse.” The large sample size has contributed to an apathetic approach to dating as users mindlessly swipe through profiles. A longstanding hookup culture has merged with dating apps, which — according to “Vanity Fair”  — have acted “like a wayward meteor on the now dinosaur-like rituals of courtship.” Tinder dates, or “Tinderellas,” come a dime a dozen, and romantic gestures are replaced with invitations to late night rendezvous.

The reality? Dating is hard. It’s hard for anyone. Chained by fears of heartbreak and choked by our own insecurity, it’s no wonder that millennial men and women turn to technology to find Mr. or Mrs. Right.

With unlimited options, millennials are hesitant to commit to just one person. Plagued with the inevitable desire for something more, users constantly search for something “better.” Everyone is looking for the next best thing, which makes settling down scary and intimidating. In the frenzy of online dating, we tend to forget that behind every profile picture is a real living, breathing, feeling person that is just as scared as we are.

The match you just made could be your soul mate. Unconventional? Sure, but since when are great love stories conventional. He or she could be the reason you smile every morning and sleep peacefully at night.

Love is always worth the risk. Swipe right.