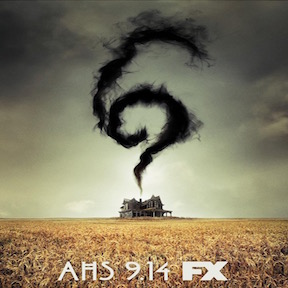 As a huge fan of FX’s hit T.V. show, “American Horror Story,” I was beyond excited for the premiere of the sixth season, “My Roanoke Nightmare,” released on Sept. 14.

Starring a cast of new and old faces — including veterans Lily Rabe and Sarah Paulson and new cast members Andre Holland and Cuba Gooding Jr. — the mystery of this year’s theme of the horror show was finally revealed: the lost colony of Roanoke, North Carolina.

The show’s creators, Ryan Murphy and Brad Falchuk, threw viewers for a loop with the documentary-style of this year’s season; the show is almost a show inside of a show. It is composed of dramatic “reenactments” and accounts of those events  which is a change from the usual episodic plot of the show.

“American Horror Story: My Roanoke Nightmare” begins with a young couple, Shelby and Matt, who move from Los Angeles to North Carolina after Matt ends up in the hospital due to local gang initiations. They find a great deal on a large farmhouse and the surrounding land after winning a bid against a few locals.

The house, however, is not what it seems to be, as it never is in the land of “American Horror Story.” Ever seen the first season, “Murder House”? Of course, something was going to happen.

After unusual occurrences, such as witnessing human sacrifices, seeing people who aren’t there and Matt’s niece talking to an “imaginary friend” who speaks of killing the family, Matt and Shelby decide it’s time to leave — if only things were that easy.

Of course, since the young couple spent their entire savings on the house, the bank will not refund them.

The second episode leaves viewers with a cliffhanger. After Matt’s niece goes missing, the young couple and Matt’s sister, Lee, played by Angela Bassett, search for the young girl, only to find her jacket at the top of a tall tree, blowing in the wind.

Shelby and Matt also find a home video of the previous owner of the house. He talks about the weird nature of the house, finding blood everywhere and the nurses who turned the house into a retirement home — only to murder the elderly for fun. The distraught man’s recollection of the nurses confirms Matt’s “dreams,” which revolve around the first murder.

Known for its disturbing plots, “American Horror Story: My Roanoke Nightmare” seems to be just what the fanbase loves.

Complete with dark undertones — a trademark of the series — suspense and the element of fear and phobias, Murphy and Falchuk scare viewers into continuing to watch the series.

Of course, viewers still aren’t sure about the storyline; why are teeth falling from the ceiling? What’s with the creepy pig squeals? And why the disturbing reenactment of the murderous nurses, two sisters who kill victims whose first names spell out “M-U-R-D-E-R”?

The first two episodes also show glimpses of Kathy Bates, the fan pick for any role about a scorned woman who loves to kill people.

Dressed in colonial clothing, Bates seems to hint to viewers about the relationship between the young couple and the mystery revolving around the lost colony.

Overall, the first two episodes of “American Horror Story: My Roanoke Nightmare” proved to be equally disturbing and mysterious as seasons past.

If you love creepy T.V. shows that will exploit your darkest fears, check out the return of the hit series.

You will be equal parts frightened and fascinated by Murphy and Falchuk’s sixth installment of “American Horror Story,” entitled “My Roanoke Nightmare.”