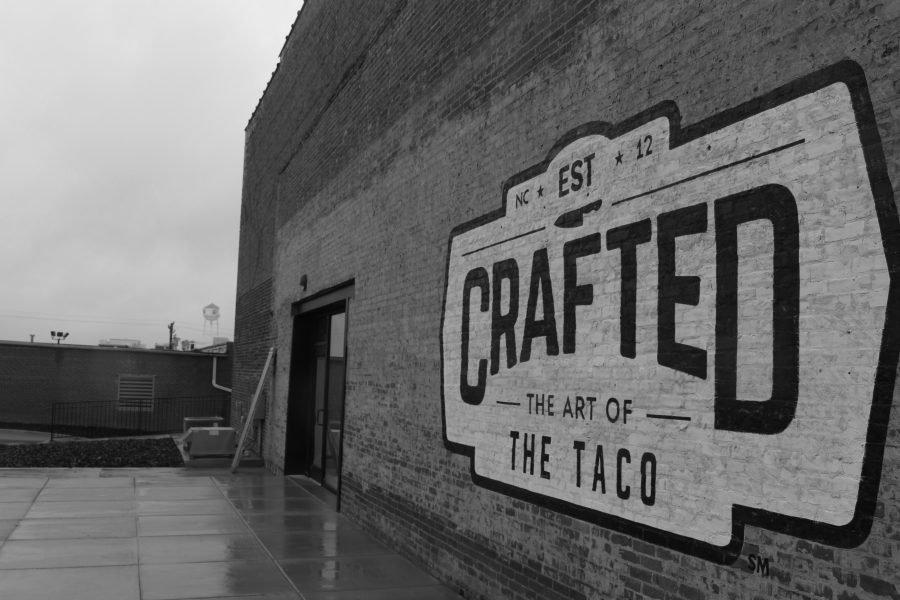 Winston-Salem is bracing itself for taco innovation.

Crafted: The Art of the Taco, a highly popular Greensboro taco joint, is set to open at 527 N. Liberty Street, less than half a mile from the Innovation Quarter.

The brick building with sweeping views of the Innovation Quarter used to be vacant, just like many of the other buildings that line Liberty Street.

This restaurant marks a key renovation for the area. Liberty Street is one block closer to the Innovation Quarter than Trade Street which has been heavily developed in recent years and is home to multiple art galleries and restaurants.

The spacious building is right across the street from Top Tier CrossFit and a yoga gallery and has its own small parking lot with about 14 spaces. It is bordered by an open, grassy lot and is visible from Winston Factory Lofts.

Head chef Kris Fuller, who was featured on Food Network’s “Cutthroat Kitchen,” said that she has been wanting to expand her Greensboro restaurant into Winston-Salem for the past two or three years.

“We wanted to get in the area before someone else did,” Fuller said. “We want to merge the gap between Wake Forest Innovation Quarter and Trade Street and be in the middle of it, because right now there is nothing on Liberty like us. People walk past the area every day on their way to work or where they live, so we wanted to do something about it.”

She said that the restaurant has not set an opening date but is shooting for November. Three managers will move to the Winston-Salem location from Greensboro, but the rest of the 35-50 person staff will be hired locally, according to Fuller.

Eric Tomlinson, president of the Innovation Quarter, said the area is generating a growing need for amenities.

“The Innovation Quarter has facilitated a lot of organic, local growth,” Tomlinson said. “We’ve grown from around 900 people to over 3,000 right now working in our area, and we’re going to be having more students and Wake Forest trainees living here, making it a community of several thousand.”

“We definitely see a need for food, groceries and services, even dry-cleaning,” he added. “For every technology job we add, we create a need for five service jobs. It creates a motivator effect for other businesses.”

Ralph Womble, vice chair of the Downtown Winston-Salem Partnership, echoed a similar sentiment, saying that the new Crafted location is one of many businesses that are part of a much bigger picture of downtown renovation.

“With all the additions happening in the Innovation Quarter, there’s now a new concentration of people,” Womble said. “It attracts businesses like restaurants and it’s one big cycle.”

“Liberty Street, for example, hasn’t quite caught up to the development level of Trade Street, but 300 people are going to be living in a brand new apartment complex in that area really soon,” he said. “This new taco restaurant is a big deal.”

Fuller currently owns and operates two locations of the popular taco joint in Greensboro with her mother, Rhonda. One of the locations is a food truck, while the other is a full-service restaurant.

The Winston-Salem location will feature a full outdoor patio, a first for Fuller and the Crafted locations. The menu will be similar to that of the Greensboro location, and alcohol will also be served.

“Every time we’re in town, we get so much love,” Fuller said. “I’m really excited to be a part of a downtown community that works together to see everyone succeed — I love that about Winston.”