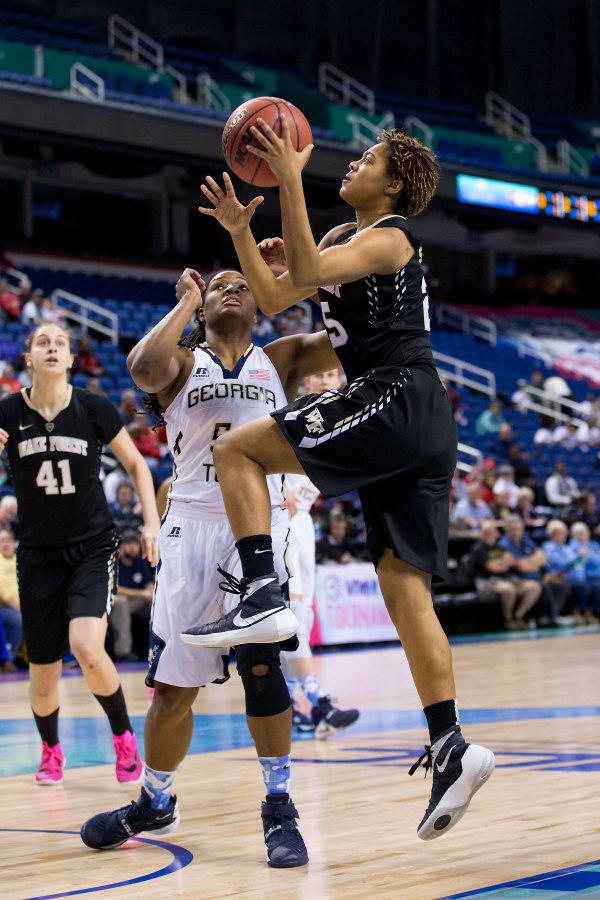 The Wake Forest women’s basketball team finished the 2015-16 season with an overall record of 17-16, but they’re hungry for more wins this upcoming season. The squad, in which nine of 14 players are either freshmen or sophomores, is a young team, but don’t be fooled: head coach Jen Hoover’s players are poised to be a force in the ACC this season.

“I think we’re young, but we’ve got a lot of veterans,” Hoover said. “I think, for the first time, most of our team is back, except for the four freshmen, so the bulk of our team has been our returners. They have to continue to do what they’ve been doing since July when the freshmen walked on campus. This means leading them, showing them how we do things and what the Wake way is, as well as being vocal. They’ve been doing that and it’s been great.”

The ACC Schedule for the Women’s basketball program was released on Sept. 15, and with a 6-10 in-conference record last year, Wake Forest will be looking to improve upon that mark this Winter. Coach Hoover sees potential in this year’s team to accomplish their goals.

“We will continue to do a lot of the same stuff we’ve been doing,” Hoover said. “I think last year we got to see the versatility, and see that so many different players can score in a variety of ways. I think our team and our players really value that in each other, and it makes it a lot of fun to play with each other. We’re giving up a good shot for a great shot for a teammate, because they know that there’s a lot of different players that have a lot of different ways to score.”

One of the most versatile players that Hoover will be counting on is sophomore guard Ariel Stephenson, a 5-foot 10-inch lightning bolt of a guard. Stephenson will be a focal point on offense, after averaging 12.7 points her freshman season.

“My goal this year is to just be a leader and do whatever Coach wants me to do, whether that means scoring or playing defense. I’m just here to do whatever she needs to do,” Stephenson said.

Though preseason practices just started this past Monday, Stephenson is primed for the season to begin.

“My mentality is a lot different. I feel like I’ve been through it before, I feel like I’m attacking more in this training camp, and the mood in practice is just great. Everybody’s working hard, everybody’s getting active and we’re all just competing,” Stephenson said.

“Everybody was a little anxious and excited because we have pretty high expectations of ourselves this year. They’ve been great, though. Everybody was in here ready to get after it and start working everyday as a group. They’re really excited for the year and to try to continue some of the momentum we created last year, but while understanding that it’s a totally different team, and everything we do we have to earn. This group is made of a bunch of warriors. They’re really physical, and like to go to battle.”